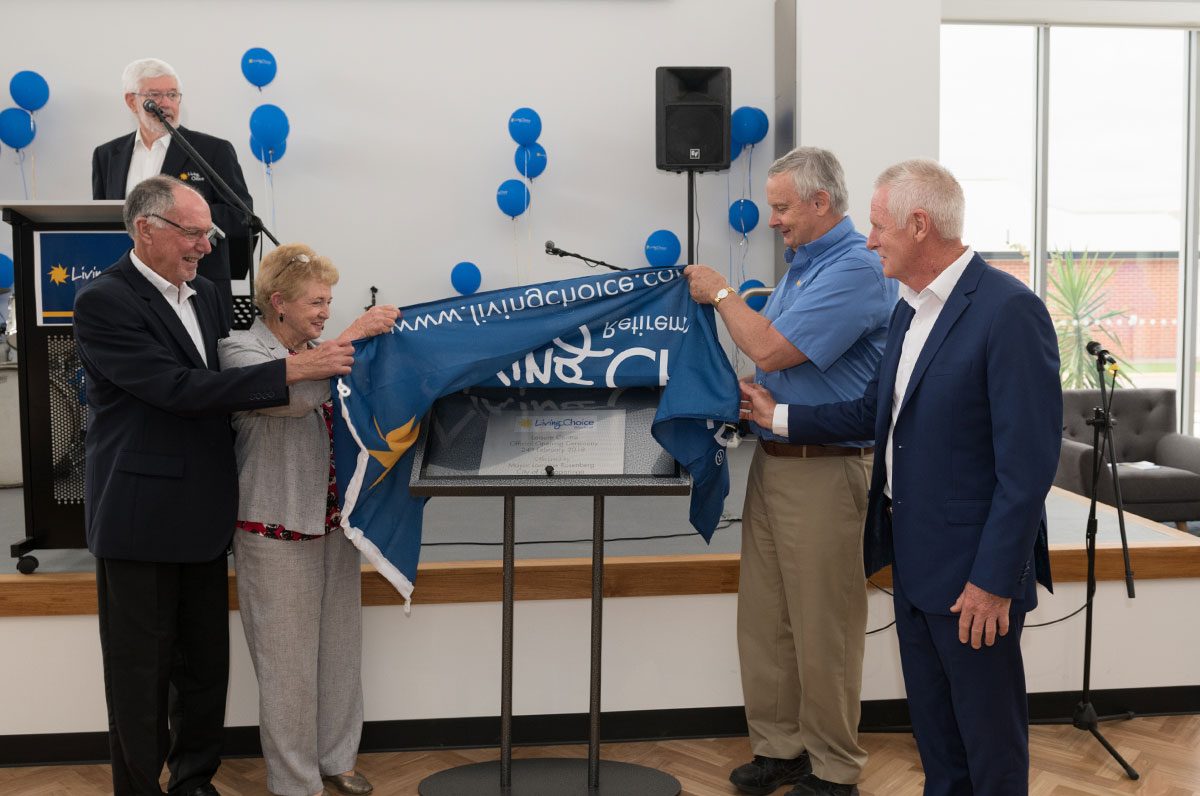 The 30th April 2015 heralded a new era for the beleaguered residents of Fernleigh Gardens Retirement Village when Living Choice purchased the ailing village and pledged to build a leisure centre which had been promised by the previous owner in 1993.

Less than three years after acquiring the village, that promise was delivered and it has exceeded all expectations, with both residents and clients expressing their awe at the impressive building which will not only become the hub of the village but will offer services to the local community, including a health and wellness centre.

Close to 500 people flocked to the official opening on 24th February, which included a stirring performance by the Onkaparinga Pipe Band, a wonderful rendition of “Bless This House” by the village’s newly formed choir and inspiring speeches by the Mayor of Onkaparinga, Lorraine Rosenberg, the Chairperson of the Residents’ Committee, Doug Tilley and Living Choice directors, Ian Tregoning and Graham Hobbs. Living Choice Ambassador, the inimitable Keith Conlon OAM, also starred as both MC and drummer in his jazz band, the Conlon Bailey Groove Diggers.

Mayor Rosenberg described the leisure centre as the “flagship of what can be achieved” and she praised Living Choice’s philosophy of encouraging integration by offering services that would benefit both the residents and the local community.

Doug Tilley described the transition from the “green shed” (the residents’ meeting place for many years) to the luxury, two-storey leisure centre, which he said was “bigger and better than any previous owner had any hope of delivering”. “Thank you, Living Choice, for delivering on your promise and building this magnificent structure and superb facilities, which all residents of this village can now share and enjoy”.

Ian Tregoning said that when Living Choice purchased the village in 2015 it looked “rather tired and neglected, however the residents still had a lot of spirit”. “The village was adopted by Living Choice and we all became your relatives – the construction team, the design team and even my own daughter who did the décor. We are all part of the Living Choice family and we want you to enjoy what we have presented to you today.”

Graham Hobbs highlighted the strong sense of community that retirement village living offered in today’s increasingly impersonal world and he encouraged the residents to make full use of all the facilities available. By opening the health and wellness centre to the public, it would also make those services more sustainable.

What the leisure centre includes:

Special thanks to the team from The Vines Uniting Church Woodcroft who cooked hundreds of hamburger patties and sausages. Their team included 11 helpers and they did a fantastic job! 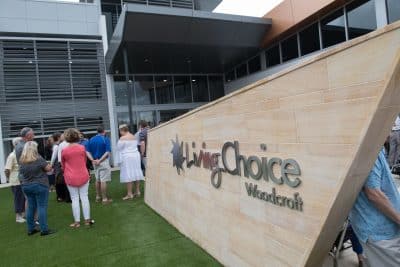 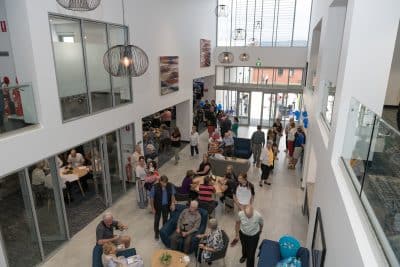 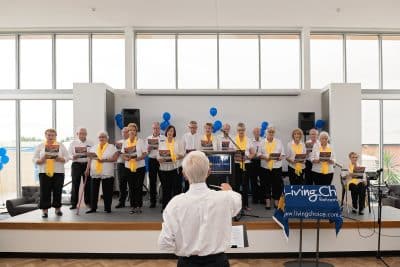 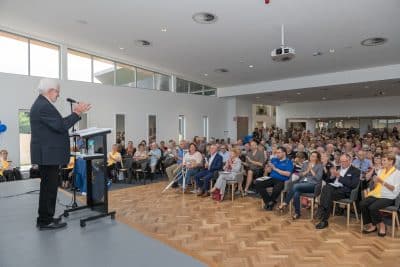 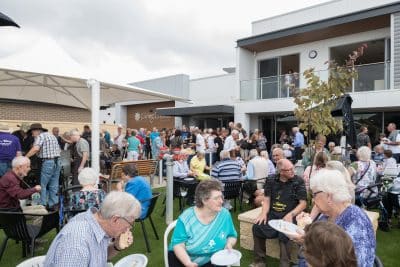 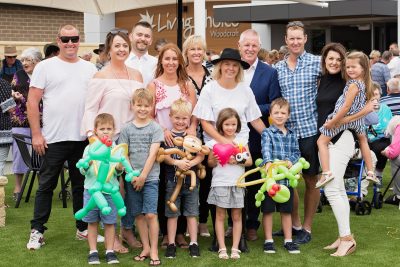