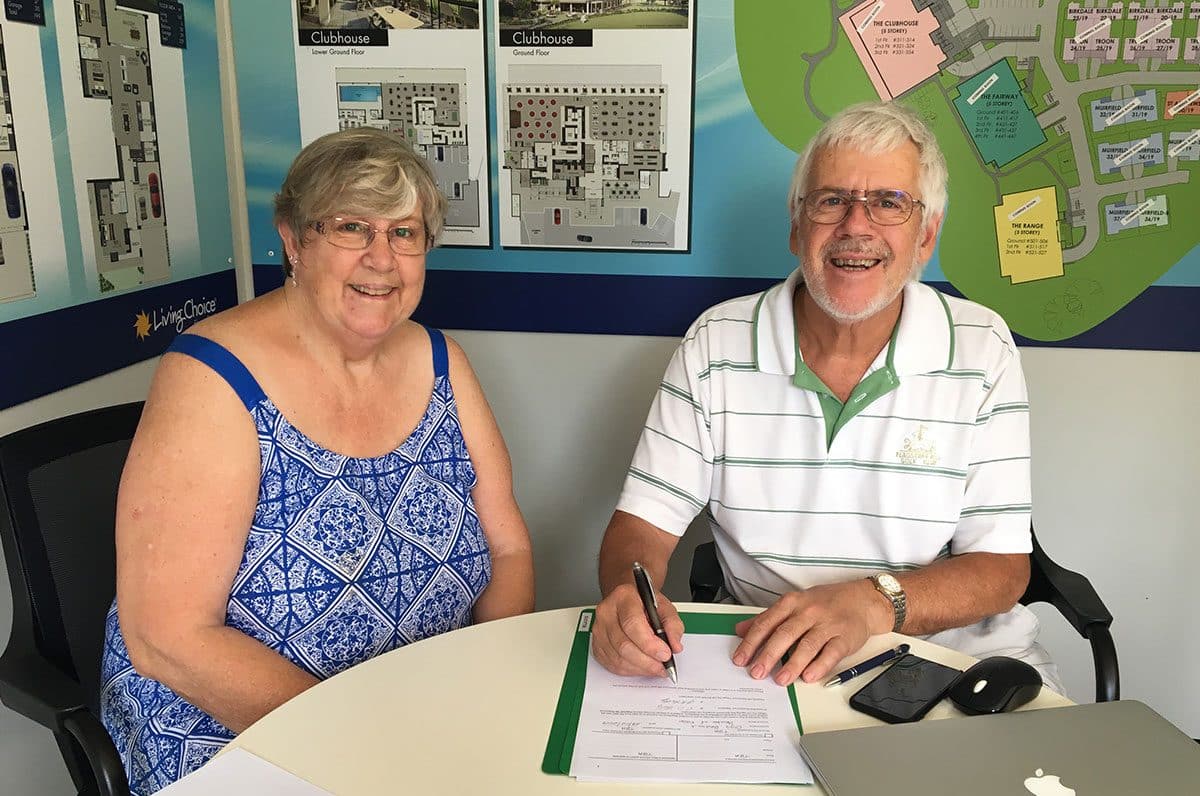 A red-letter day for Geoff and Cynthia

The last day of February was a momentous day for long-time Flagstaff Hill Golf Club member, Geoff Kelly. Not only was he awarded Life Membership of the club for his exceptional service, but he and his wife Cynthia became the third deposit-holders at Living Choice Flagstaff Hill, South Australia’s first fully integrated golf course retirement community.

“It was a very good day – in the morning we paid the deposit on our villa and at the Captain’s Meeting that night, I was made a Life Member. It was very big surprise!”

Geoff and Cynthia have lived in Fairlie Drive, just a two-minute drive from the club, since 1974 and are excited about the homes and facilities that are on offer at Living Choice Flagstaff Hill. “We’ll be moving to a golfing resort, not a typical retirement village,” he said.

Before choosing their villa – a St Andrews design – Geoff and Cynthia visited Living Choice’s villages at both Fullarton and Woodcroft and said they were very impressed. “We were especially impressed that residents showed us around at both, and they were obviously very proud of their villages.”

Geoff joined the club in May 1976 and started playing regular Saturday golf in the mid 1980’s. After retiring in 2002, he became a Wednesday player as well. Geoff is a member of the Match and Greens Committee and has contributed to competition management, prize models, stroke index ratings and course changes and, most recently, in rewriting the local rules.

In May 2005, Geoff became a Director on the Board of Management and continued as a Director until the 2015 AGM, serving as Vice Captain from April 2009 to May 2011.

Geoff has been heavily involved in supporting and developing the club’s IT systems, the club’s website and on-line tee booking system. He also assists with the management of the annual program of golf events and the club’s handbook.

Welcome to the Living Choice family, Geoff and Cynthia! 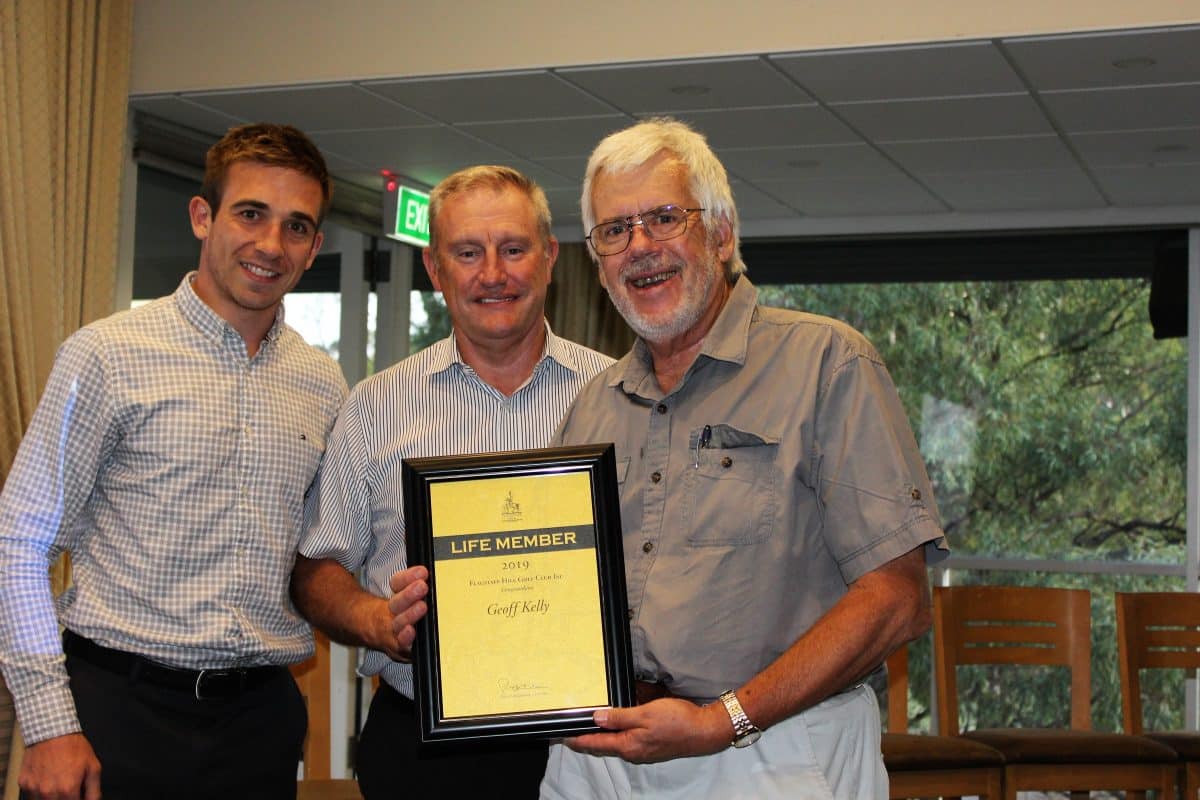