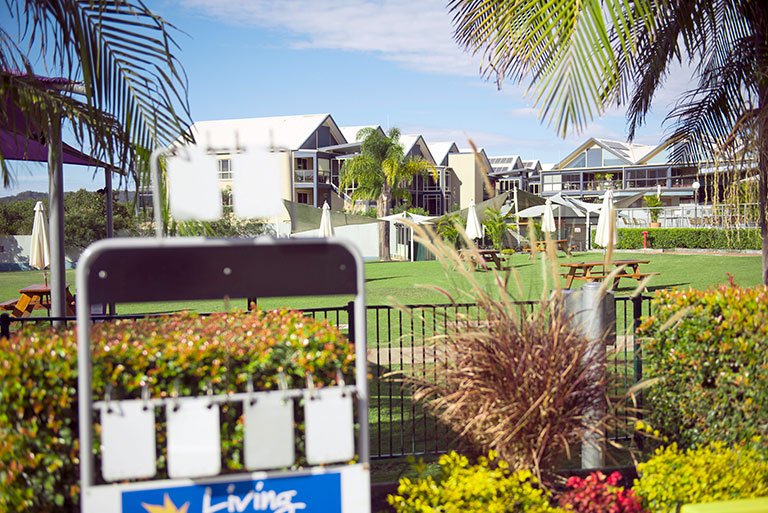 Residents at Living Choice Alloura Waters have always been closely involved in lawn bowls. This is simply because the village is located alongside the Davistown RSL Bowling Club. For most residents it takes only two to five minutes to walk from their home to the club.

The Club Honours Boards feature many past and current Alloura Waters residents, both as players and officials.

The Village currently has two residents whose exceptional championship achievements are recognised throughout the Central Coast.

Dick Love began bowling while working and living in England in the 1990s. He took to it like a duck to water. Since retiring in 1999 at Tuross Heads and later moving to Alloura Waters, he has won many championships – singles, pairs, triples and fours – at Club, Zone and State levels. He was a fixture in Zone Senior sides and was a member of the Central Coast sides which won the NSW Seniors titles in 2007 and 2008. He has also been part of very successful Pennant sides, especially at the No. 1 level with Avoca Beach Bowling Club. In recent years he has played with the Davistown RSL BC and helped the club win two Pennants and lift their gradings. He also plays a big part in coaching at the club.

2020 was special as he won the club’s Pairs Championship for the second successive year playing with his son, Sean, who lives in a nearby suburb.

All up he has won 31 Club and Zone championships, two State titles, three Zone titles and four Zone runner-up titles. On top of that he was also a Central Coast Selector for seven years, the last three as Chairman.

Our other star is Jean Paviour-Smith. Jean began bowling in the Hunter Valley in 2006 and enjoyed early success. In 2008 she led a Pennant team for her then Club, Greta Workers, to their first State Finals. This feat was repeated with Davistown in 2015 and 2016. She has won many Club Championships but her forte is singles. She has won the singles title at each of the three clubs she has belonged to and has capped this off by notching her fifth successive win at Davistown.

In 2009, with husband, Don, she was Silver Medallist in the World Masters Pairs at Sydney and in 2010, with a Hunter Valley partner, she won the Gold Medal in the Women’s Pairs at the Australian Masters Games in Adelaide. She is a regular participant at NSW Champion of Champion playoffs and the Australian Open.

As well as playing, Jean is the Women’s Club coach and enjoys working with all bowlers to help them lift their skills.

No surprise then, that with bowlers like Dick and Jean in our midst, Alloura Waters has won the Central Coast Retirement Village Championship for the last 3 years. 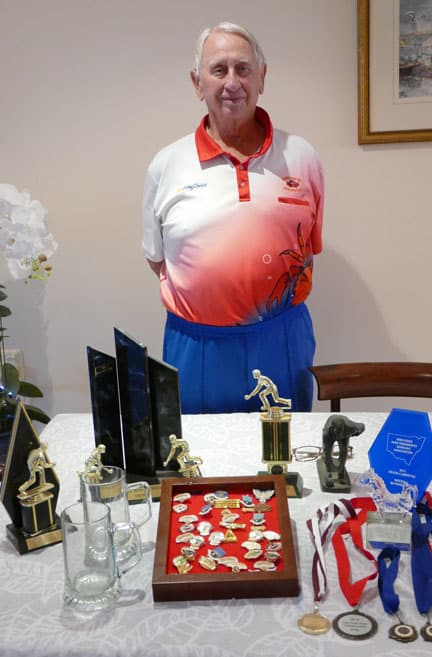 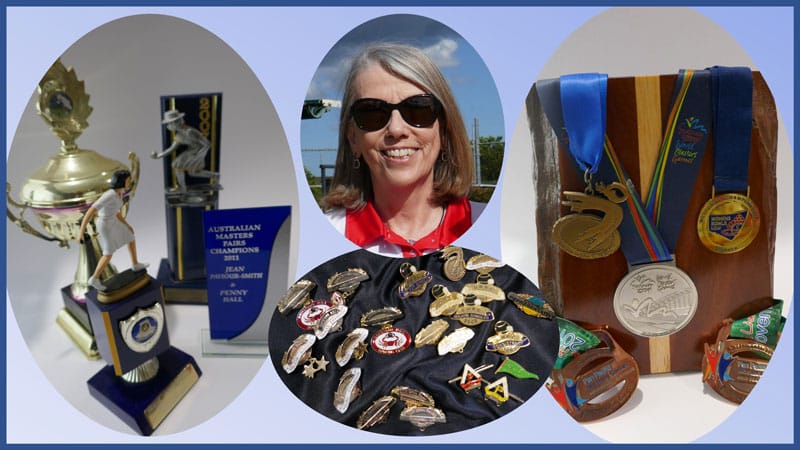