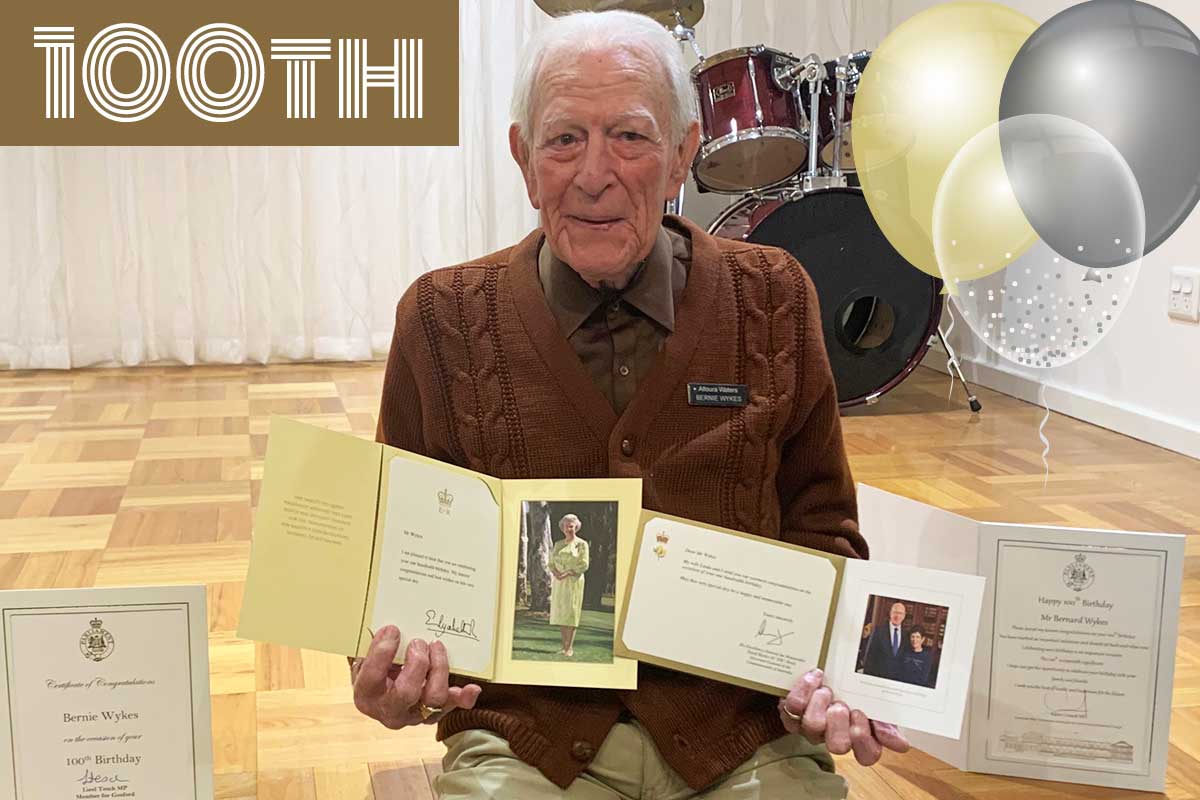 The timing was just right for the event – which was the first community birthday celebration at the village since COVID restrictions began.

Bernie has been living at Alloura Waters for exactly 11 years – having moved into the village on 8th June 2010, with his daughter Helen Emerson living close by at Living Choice Broadwater Court.

With so many years under his belt, Bernie has lived a very interesting and active life.

A New South Wales boy through and through, Bernie was born in Woollahra before moving to Appin, about eight kilometres from Campbelltown, where he went to school - regularly making the trek to school and back.

After leaving school, Bernie studied Agricultural Science at Hurlstone Agricultural College and went on to work for Johnson and Johnson developing products to protect and enhance crops.

Apart from his academic achievements, in his younger years Bernie was a competitive cyclist and only gave up cycling three years ago, at the age of 97, when a young skateboarder lost control and collided with him.

Bernie now prefers the bowling green to the bike track and was recently made an Honorary Member of the Bateau Bay Bowling Club, a special honour for those who have made a significant contribution to the club and bowls.

At only 14, Bernie met his wife and lifelong partner Verna and they were married for 72 years – before Verna passed away. Together they had two daughters and there are now four grandchildren and four great-grandchildren.

Living Choice proudly sponsored the Morning Tea for the celebration, which was kindly prepared by village residents Carol Peel and Lorraine Northam and proudly served by the village’s gardening and maintenance staff.

As no birthday is complete without a birthday cake, Bernie was presented with beautiful blue cake, and he easily blew out all the candle to the great joy of all those looking on. 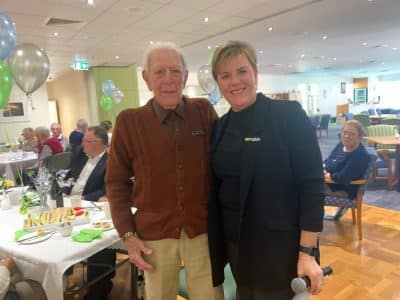 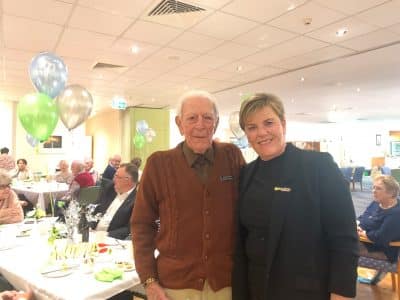 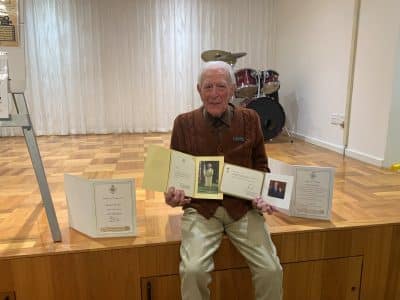 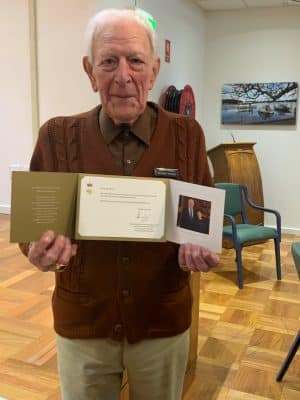 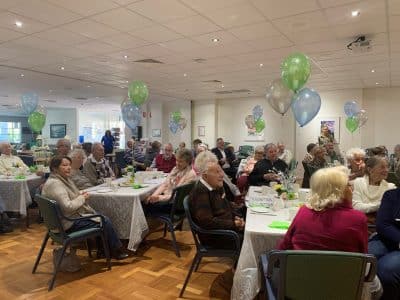 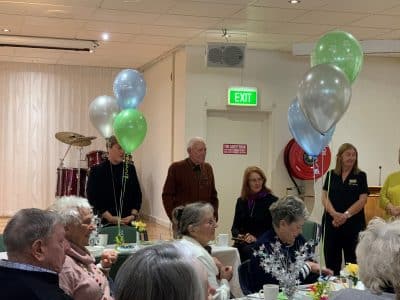 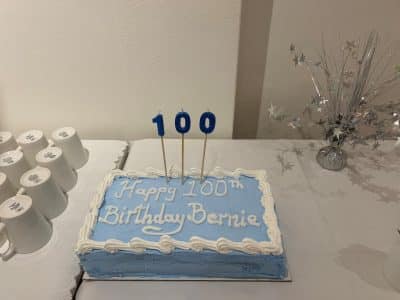 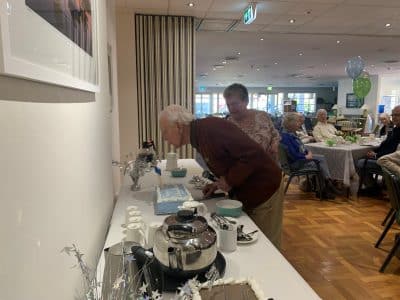 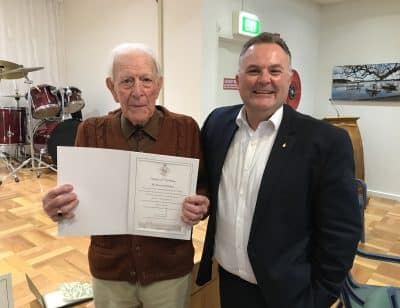 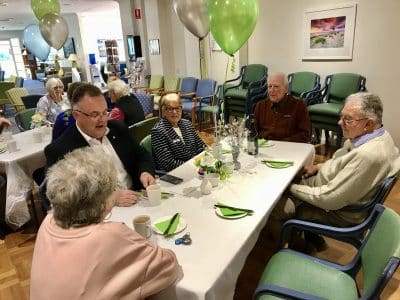 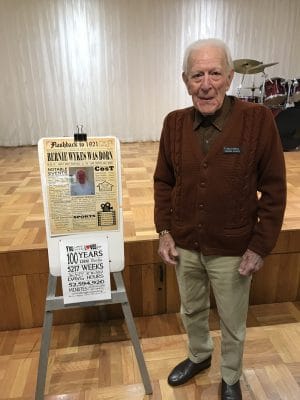 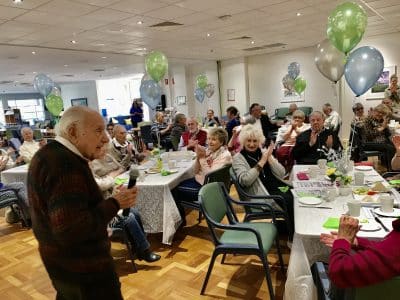 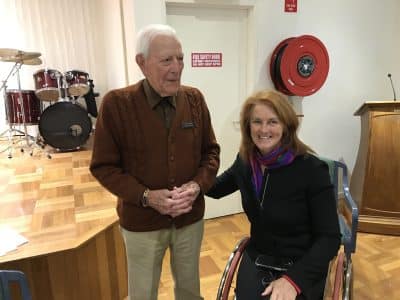 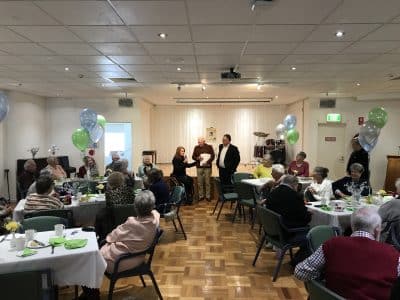 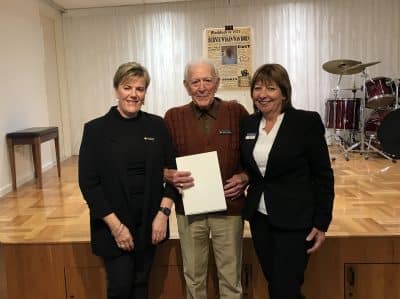