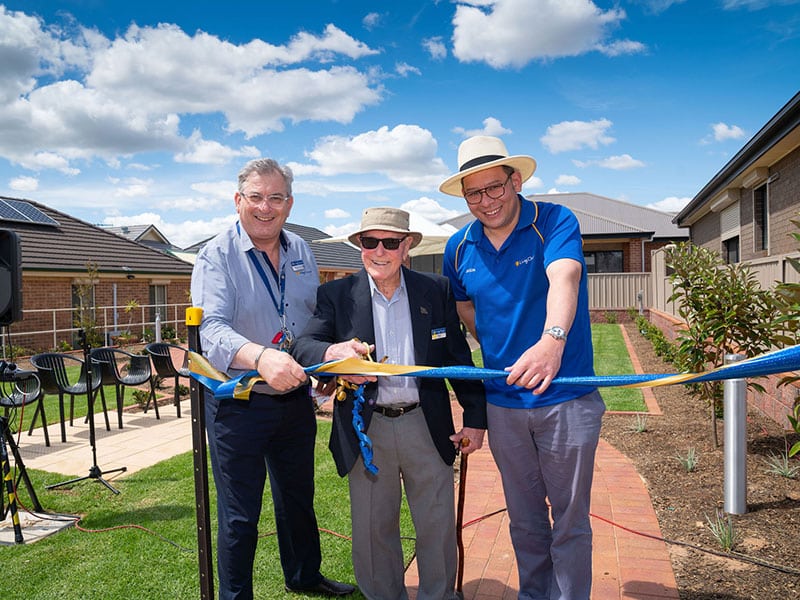 Many milestone events have been held at Living Choice Woodcroft since Living Choice purchased the ailing village on 30th April 2015. There have been Open Days, Information Sessions, a Ground-Breaking, Construction Progress parties, an Accreditation Celebration, a ribbon-cutting ceremony to celebrate the opening of the new entrance and, of course, the official opening of the leisure centre on 24th February 2018.

On 8th November 2021, another noteworthy milestone was celebrated – a ribbon-cutting ceremony to herald the opening of `The Green’, an attractive new area for residents to meet, or simply a place to rest for a while.

The ribbon-cutting was carried out by the village’s most famous resident, centenarian Fred Walker, assisted by Group General Manager, Jason Sack and Regional Manager, Brian Lynch. Jason said many improvements had been made to the village over the past six and a half years and he was pleased to report that construction on the new villas was nearing completion. He also welcomed the new manager, Deb Saxon and her team. Residents’ Chairman, Phil Headon, added that residents were very pleased with the new green space, which Living Choice had funded.

Living Choice director, Graham Hobbs, also flew in from Port Lincoln for the occasion and spoke about the importance of having easy access to social interaction as one got older. While some people opted to move to a house which would greatly increase in value, the opportunity to connect with like-minded neighbours was often a far more rewarding investment.

After the formalities, clients were taken on tours of the homes available and met the Wellness Centre and Living Choice Home Care teams. Many people took part in some fun games before tucking into a BBQ lunch prepared by members of the Aberfoyle Park Lions Club.

Sales consultant David Brookman said the event had been a great success, with a “good and happy vibe”. “The Ambassadors were magnificent, as usual, and the Lions were extremely well-organised with the food.”

David said a deposit was taken on the day and several follow-up tours had been booked. To see the homes available, visit Retirement homes for sale at Living Choice Woodcroft 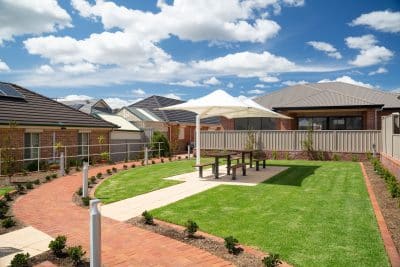 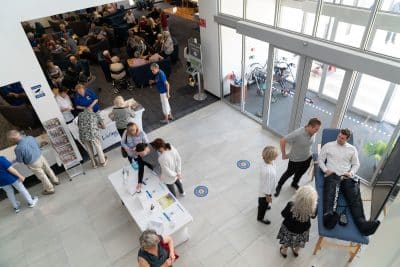 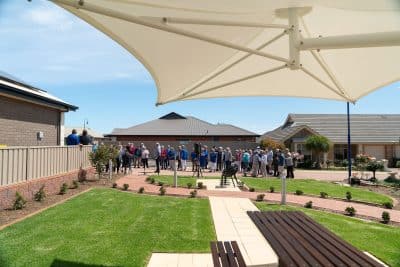 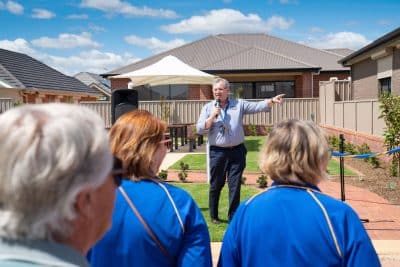 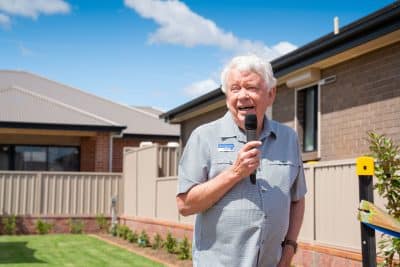 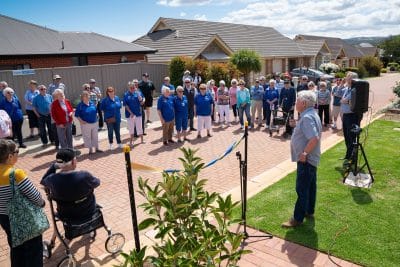 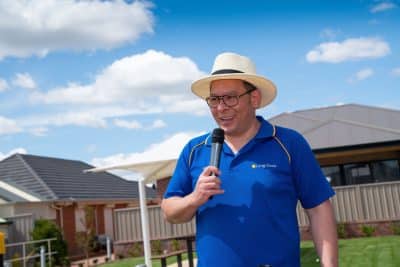 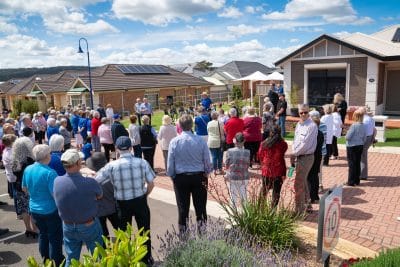 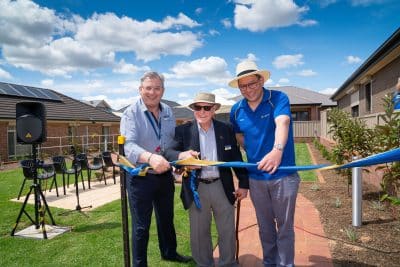 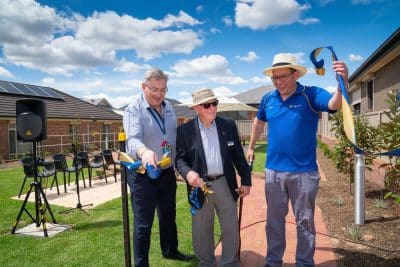 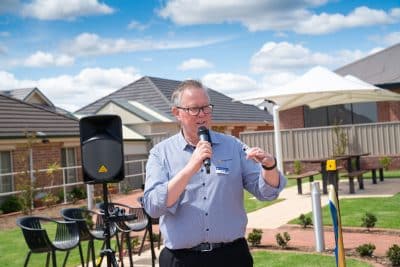 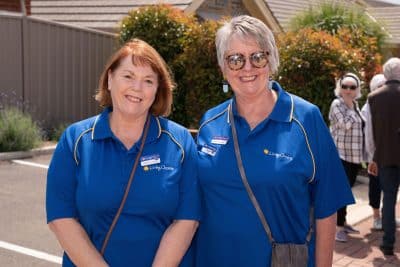 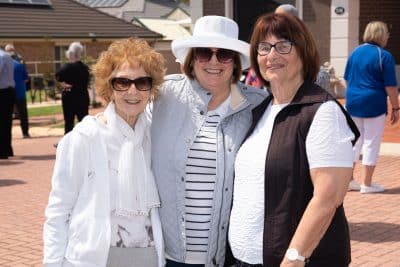 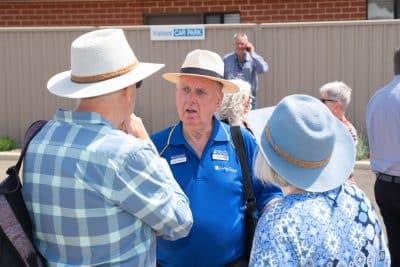 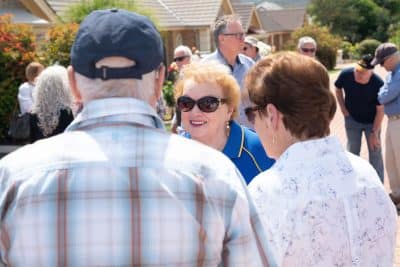 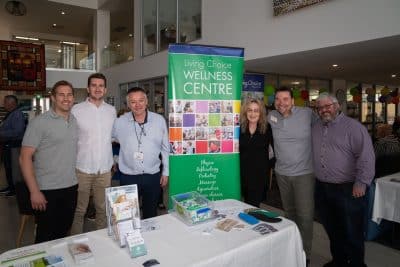 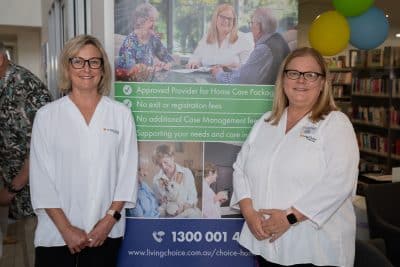 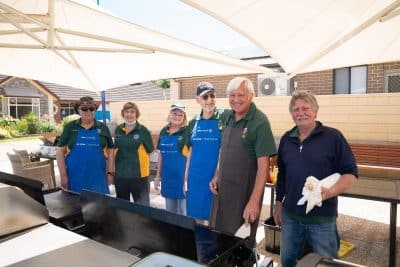 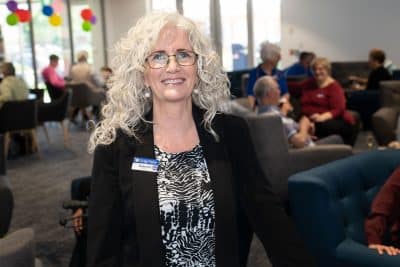 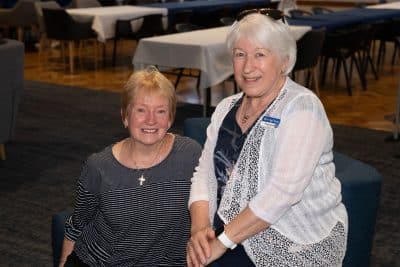 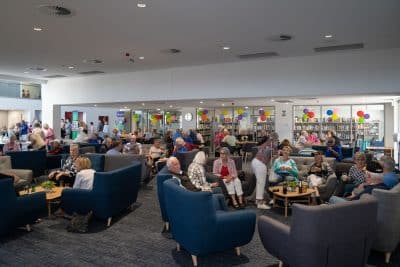 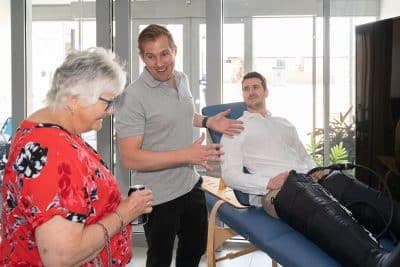 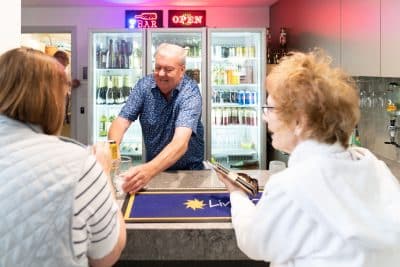 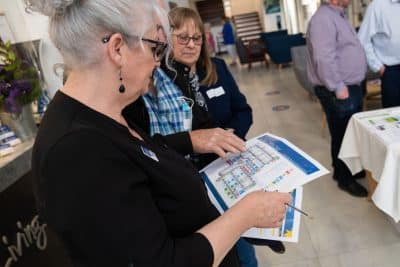 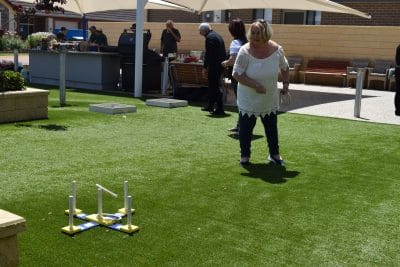