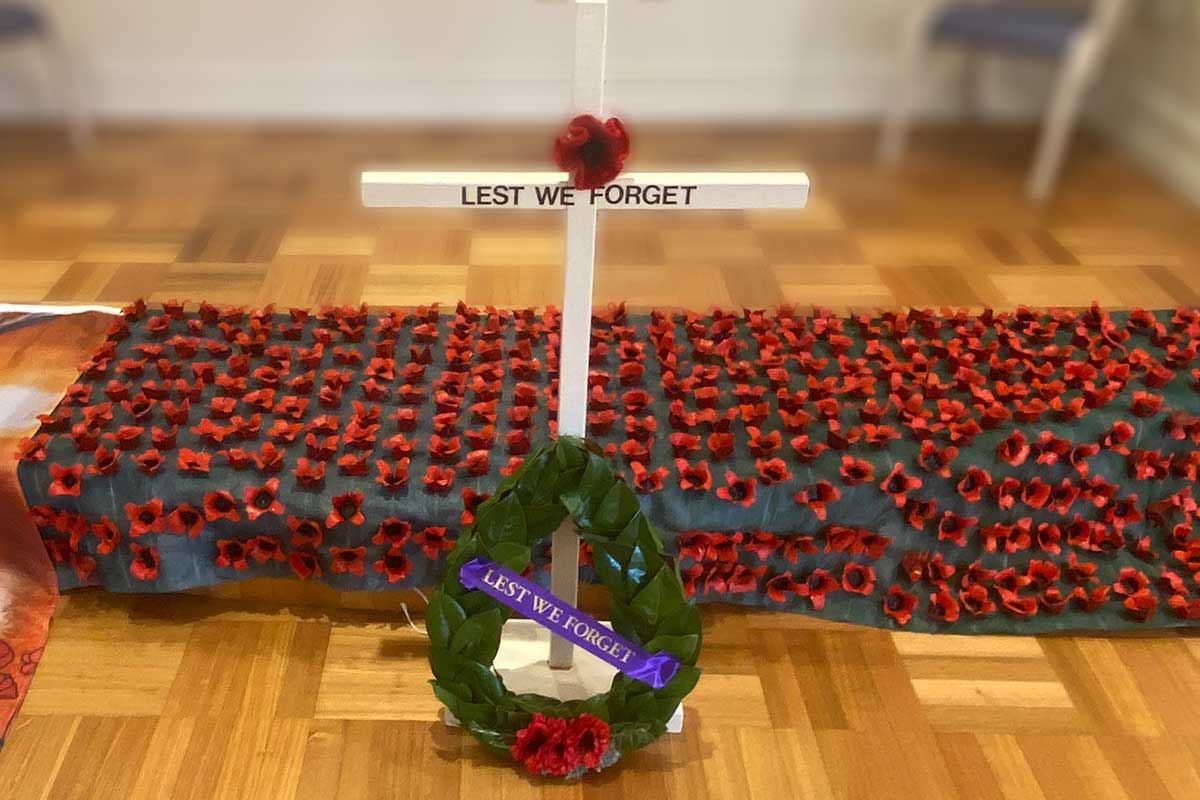 The planning in itself was a popular event, with around 20 residents turning up to assist with both baking and setting up the auditorium.

Kathy Hall, Village Manager at Broadwater Court, said the idea for the biscuits came about when the residents were planning to go out and buy them.

“I suggested we make them as we have a wonderful kitchen here at the village, and it was a great opportunity to bring residents together. The tables were also decorated by the residents and beautifully adorned with handmade poppies, red ribbons in the shape of a cross, a small poem and sprigs of rosemary,” said Kathy.

The memorial service on the Sunday was also very well attended with over 50 residents taking part and staying on to enjoy the morning tea.

“The service was led by Rev Bruce McAteer, Chair of the Residents’ Forum, and included both hymns and poems. One of the residents also spoke of their brother’s service and a wreath was laid just prior to The Last Post and the raising of the flag. The service lasted 45 minutes and ended with the singing of the National Anthem. Another special touch was a memorabilia table that residents contributed to, showing their family’s history of service.”

After the service residents remained seated and were served tea, coffee and cakes, as well as the homemade ANZAC biscuits, by the two Living Choice Home Care staff and Kathy.

“Given the success of ANZAC Day we are now planning our next event and hoping to do something for Mother’s Day,” said Kathy. 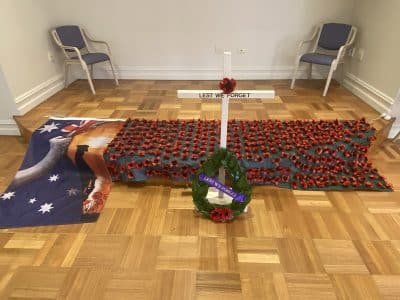 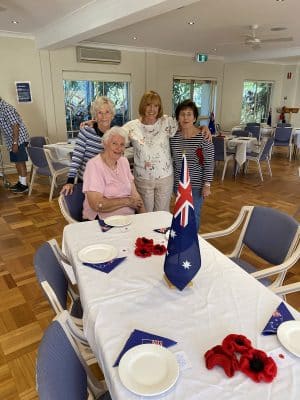 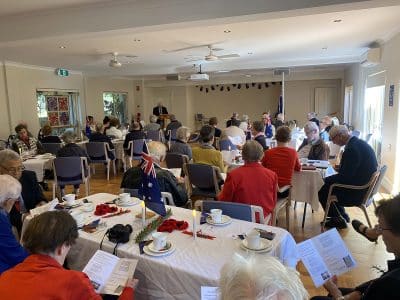 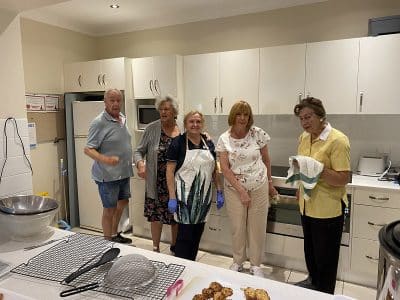 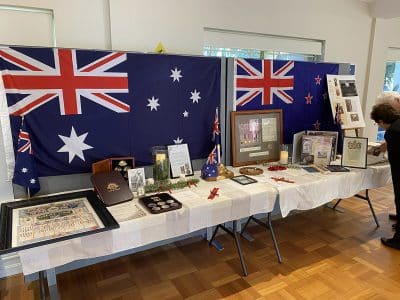 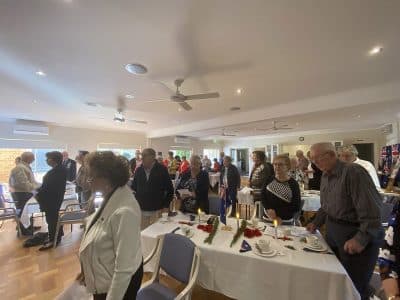 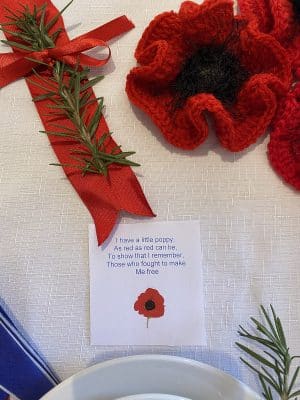