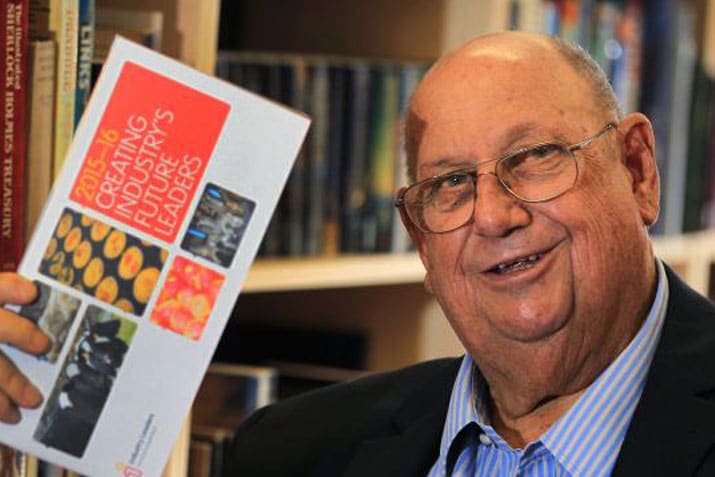 YOU won’t catch Living Choice Fullarton’s Colin Peters getting caught up in nostalgia surrounding the industry he spent his entire working life within.

Instead, the 72-year-old is busy building future prosperity for the state.

Mr Peters has today been awarded a Member (AM) of the Order of Australia, predominantly for his years of service to the automotive manufacturing sector.

He spent 40 years at Castalloy, ultimately becoming the company’s managing director. During this time the company became an industrial force, with an annual turnover of $600 million and 2500-strong workforce.

Mr Peters also held a variety of board positions, including national vice-president and state president of the Federation of Automotive Products Manufacturers, chair of the SA Automotive Industry Advisory Board, and member of Austrade’s Automotive Export Advisory Board.

Given his background, you would be forgiven — and wrong — for thinking that Mr Peters is resentful of the auto industry’s impending departure from Australia.

“Anyone with any sense of economic reasoning would know that Australia is no longer a country where cars can be made,” he said.

“Not for one second do I blame the Federal Government for the loss of the industry — you can’t just keep forking out money.”

Rather than dwell on the past, Mr Peters’ focus is firmly on the future. He is the inaugural chair of the Industry Leaders’ Fund, which in six years has provided more than $1 million in private funding to 86 South Australians.

The money is used to enhance the education of executives and future leaders within wealth-creating industries.

“The future of SA won’t be found in a car factory in Elizabeth,” Mr Peters said. “The future is in innovation, and I’m very gung-ho about it — it’s fascinating and exciting to be a part of.”

Mr Peters’ citation also highlights his service to lacrosse in SA, through both the SA Lacrosse Association and North Adelaide Lacrosse Club.