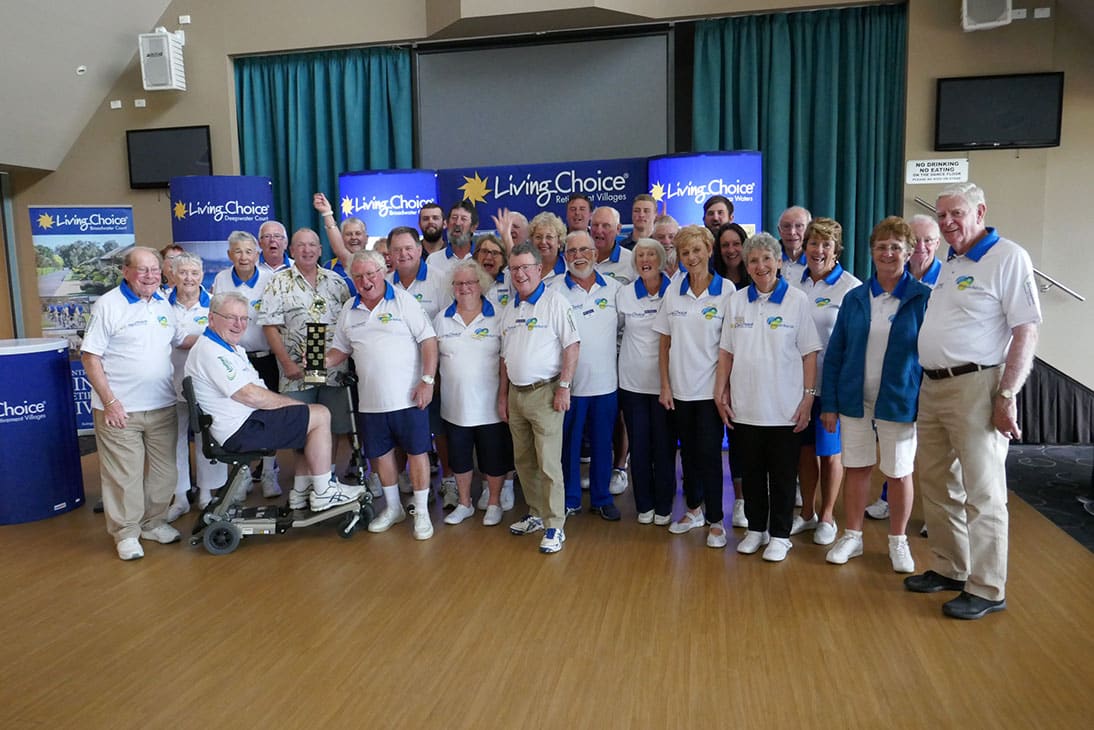 Friday 17th May saw the return clash between Alloura Waters and Broadwater Court bowlers for the 2019 Living Choice Intervillage Bowls Challenge held at the Davistown RSL Bowls Club. The Alloura Waters bowlers were the trophy holders but the Broadwater Court teams had done their homework and came with a strengthened side which saw them prevail on the day. Best performed rink on the day was also from Broadwater Court – Gwen Jarrett, Barry Craig and Ian Mutton.

There was great delight when host for the day – Don Paviour-Smith – called on Alloura Waters Residents’ Committee President, Colin Beveridge, to present the trophy to Broadwater Court team leader Bill Higginson. Colin’s speech was quite long – he did not want to give up the trophy – and Bill’s was brief and to the point – “We won”.

With both villages’ names recorded on the trophy we expect that the contests in future years will be keenly fought.

A feature of the day is the wide range of people involved in the event. Many of the participants are not bowlers but take part because it’s a village day out. Most of the 28 teams – 14 from each village – had one non-bowler. Also, all the village residents were delighted to see their village staff involved, including managers, gardeners and maintenance people. It’s great to meet up with them on a fun basis and enjoy each other’s company.

A number of them displayed great natural talent at bowling – not missed by the sharp eyes of Davistown RSL Bowling Club members. 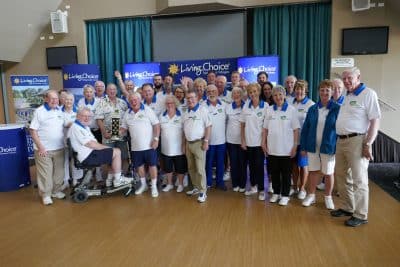 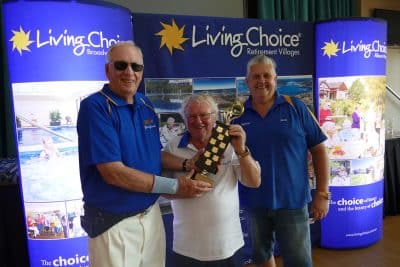 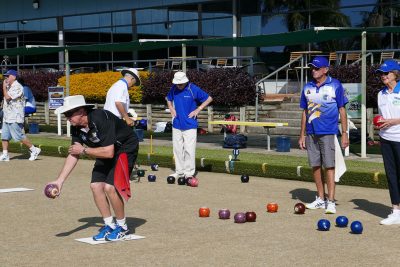 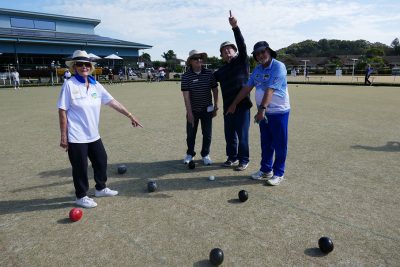 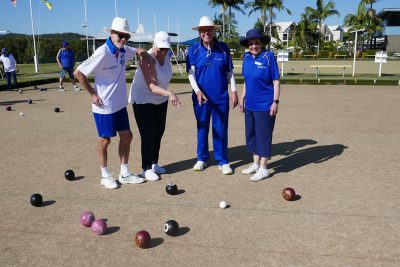 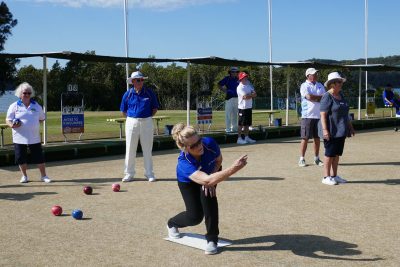 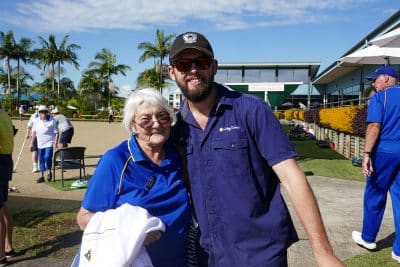 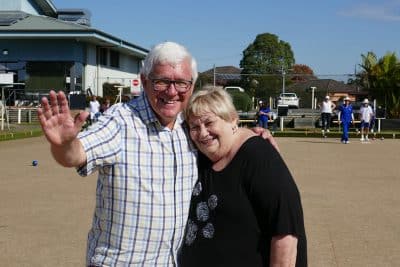 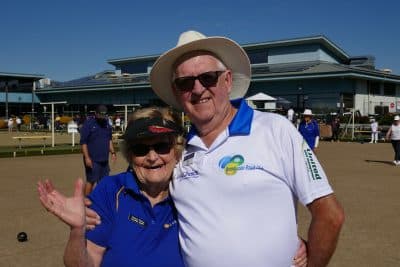 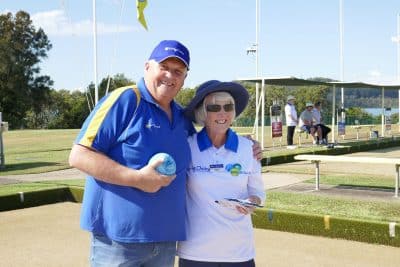 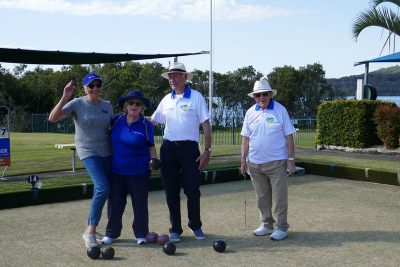 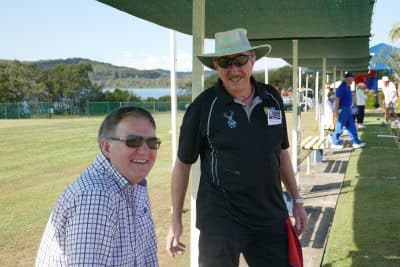 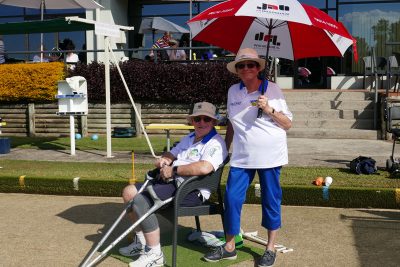 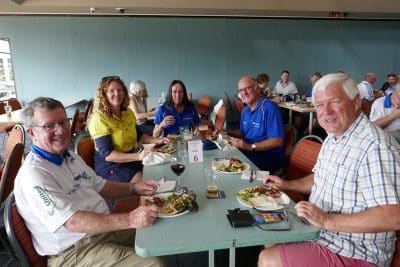 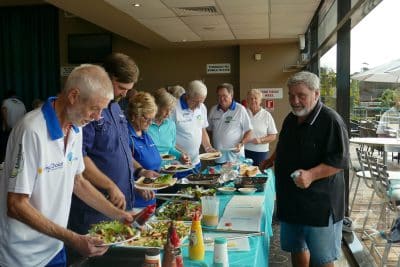 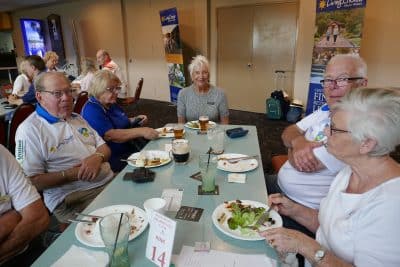 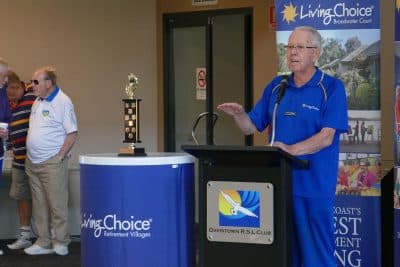 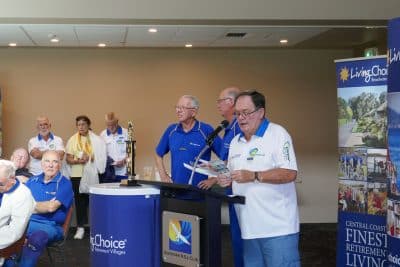 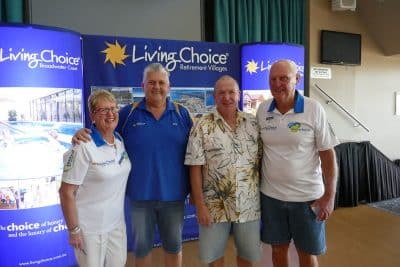 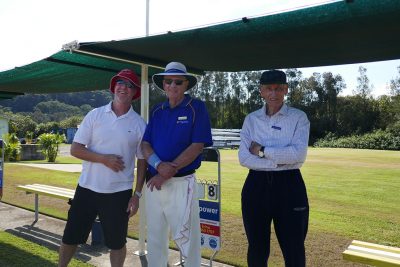 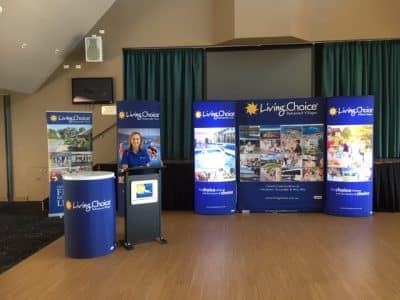