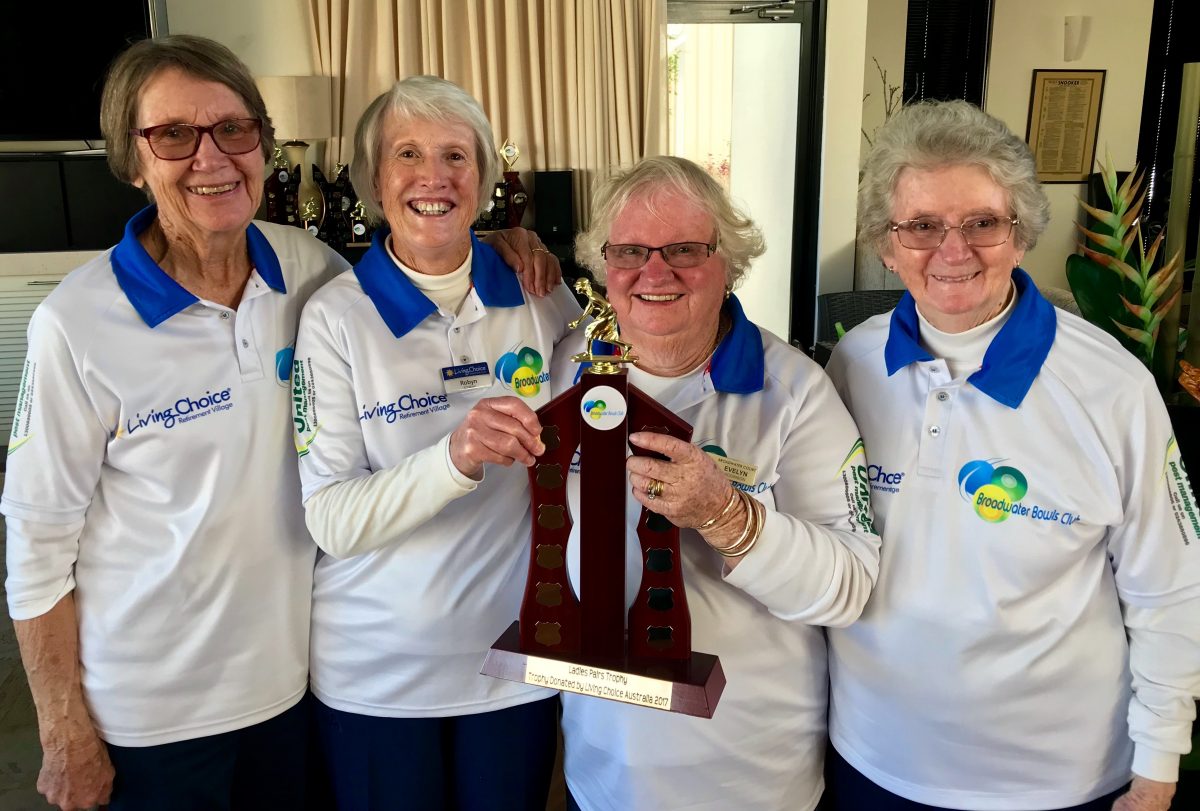 The Living Choice Ladies’ Pairs Trophy Event at Living Choice Broadwater Court was a resounding success. The idea of pairing experienced players with inexperienced players was a popular decision as it gave all players the opportunity to hold the trophy aloft. The result was the proof in the pudding - after three exciting rounds two teams emerged to compete in the grand final.

Congratulations to the teams of Pat Jenkins-Green and Elaine Craig; Robyn Schram and Evelyn Higginson. After a hard-fought battle over 11 ends the winners were Robyn and Evelyn. Well done! 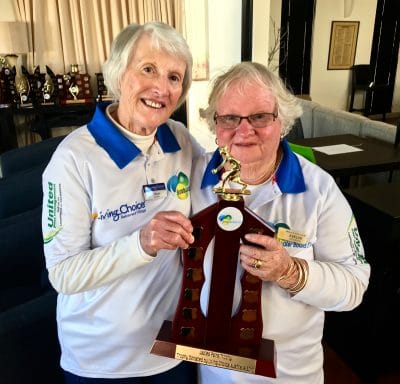 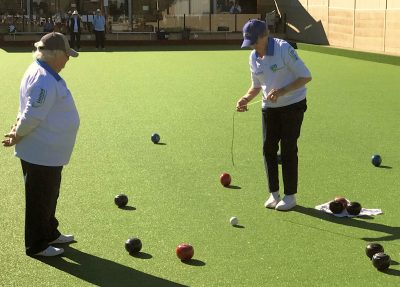 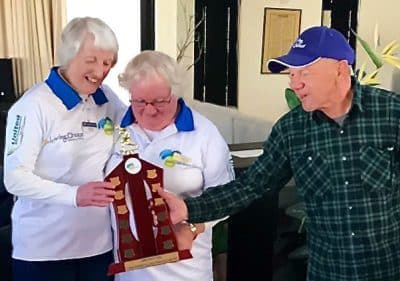