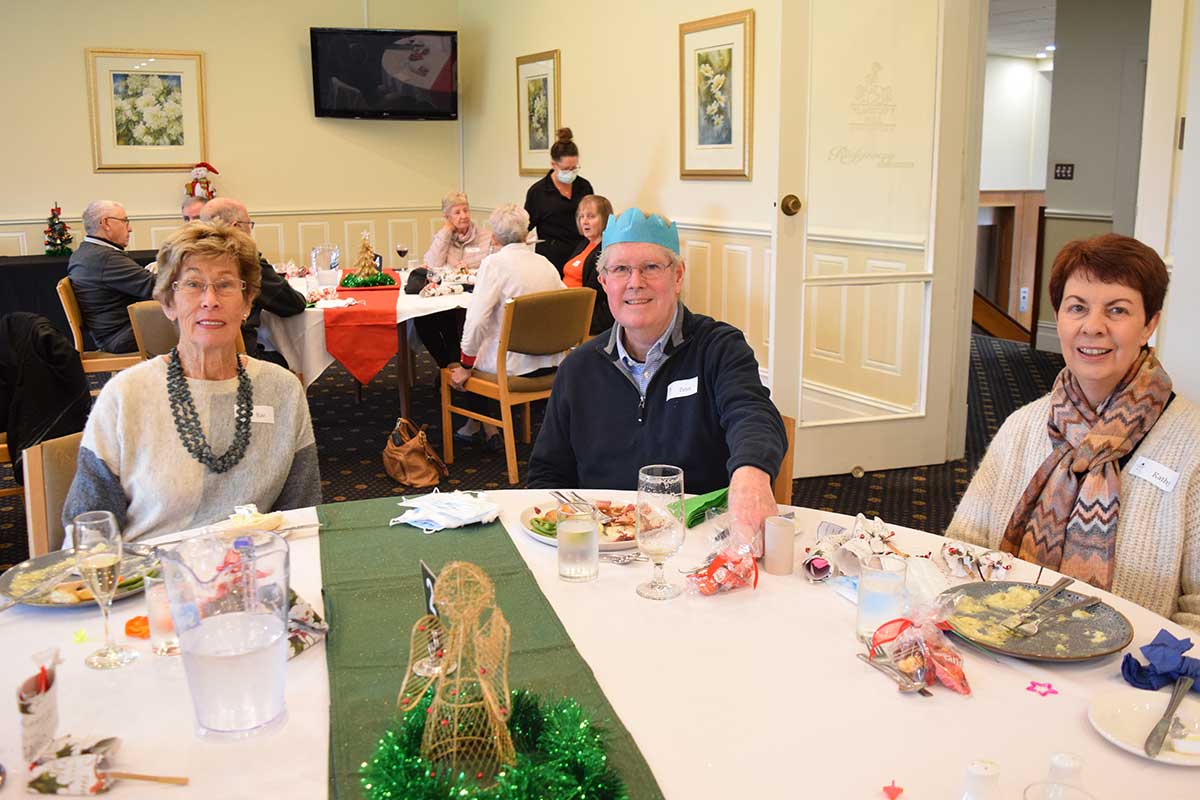 Adding to the celebrations was the news that the previous night, the Onkaparinga City Council approved the next stage of Living Choice Flagstaff Hill, which includes the long-awaited new clubhouse.

It was a delightful way for everyone to get to know each other better, as they celebrated Christmas in true fashion, feasting on turkey, ham and chicken breast, followed by scrumptious pavlova, plum pudding and custard. Let’s Eat catering was responsible for the meals, and they did not disappoint.

Contributing to the merriment was our Pop Up Santa, played by Regional Manager, Brian. He wasn’t short of ho ho ho’s, nor could he refuse those wanting to sit on his lap for a whispered present wish. If only that was the case. COVID restrictions were still in place, which meant Santa had to wave from afar.

There were glittery candy cane masks for the girls, bearded Santa masks for the boys, and guests had fun with bon bons and bonbonnieres filled with chocolate to take home.

It was also a special day for Wendy Butler, who celebrated her 12-month anniversary at the village. Over the past year, Wendy has been a much valued helper at the village and a great support to Kathy – thank you Wendy! 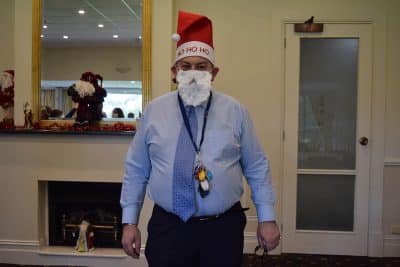 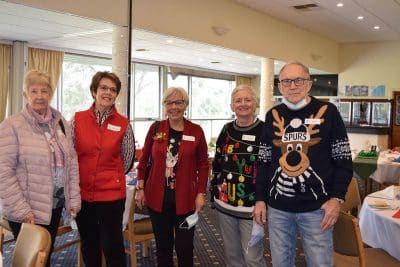 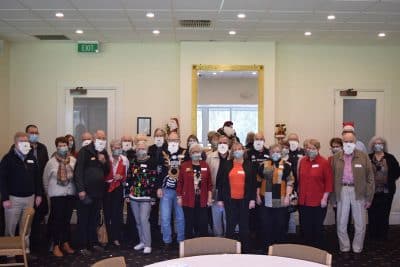 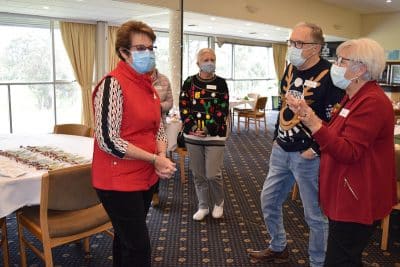 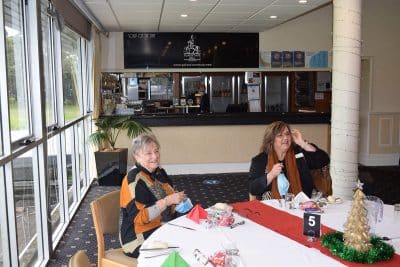 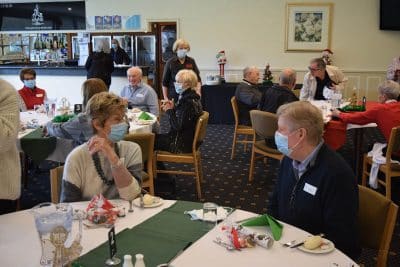 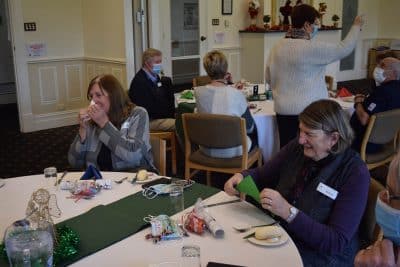 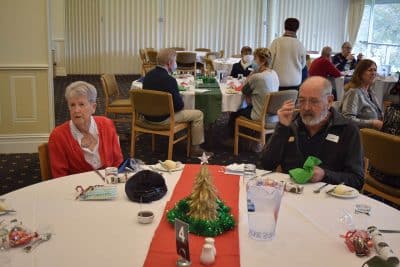 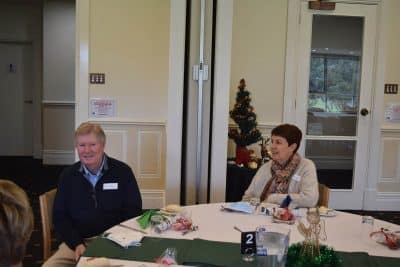 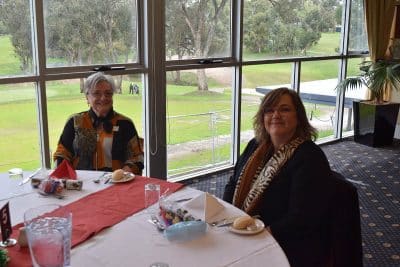 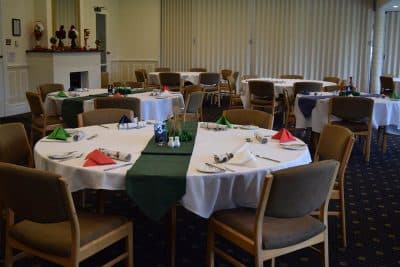 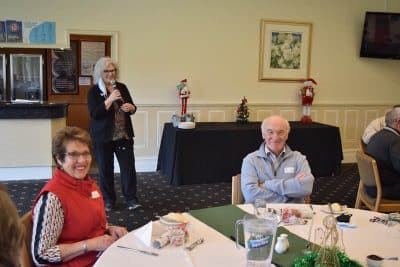 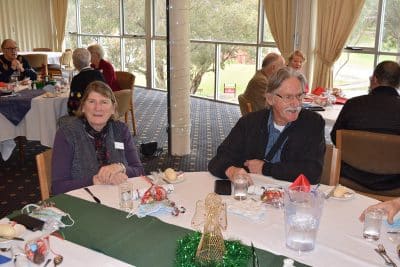 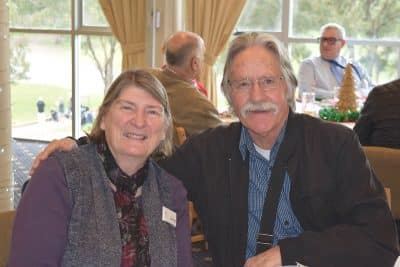 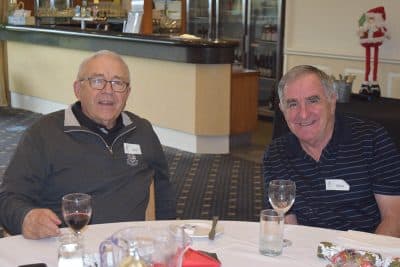 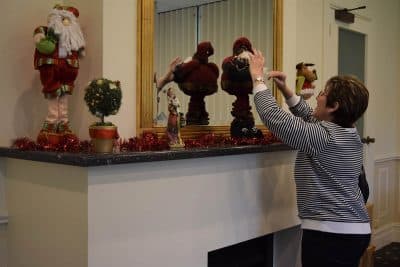 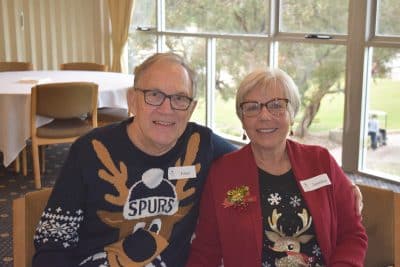 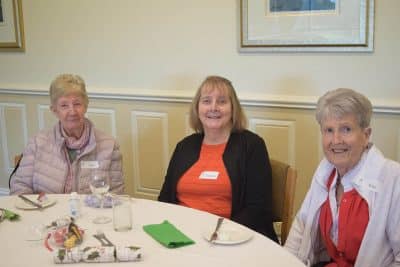 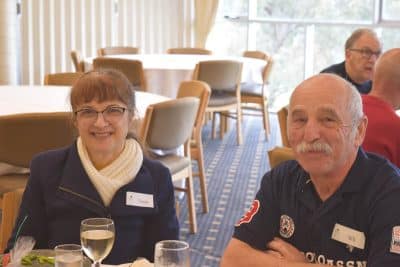 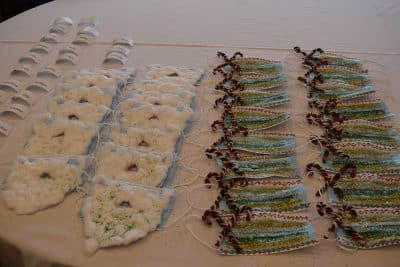 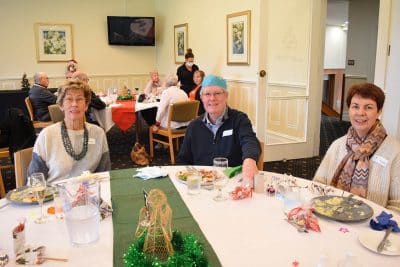 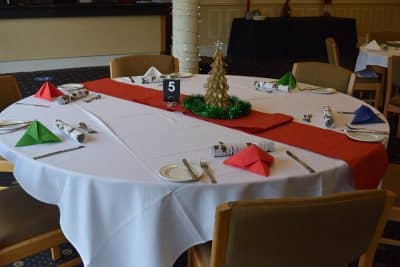 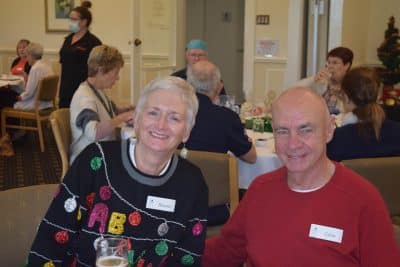 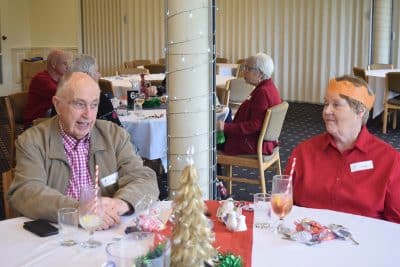 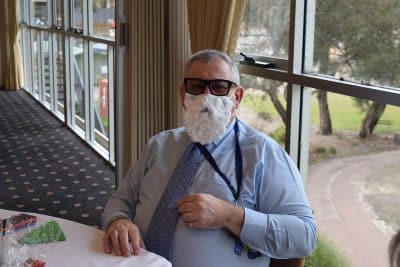