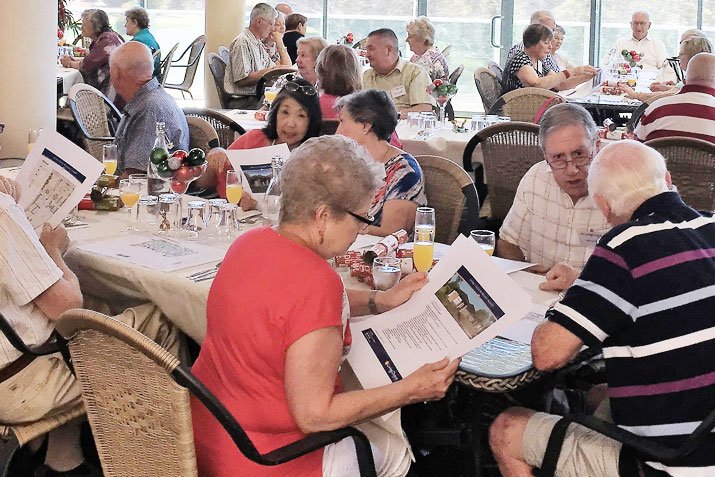 More than 115 VIP Living Choice clients attended a Christmas Lunch and Information Session at Living Choice Glenhaven on 14th December and were pleased to hear that plans are progressing well for both Stage 3, 1 Edgecliff Road, Glenhaven and for the proposed retirement village at Galston.

Jason Sack, GM Sales & Marketing, Gail Eyres, Regional Manager, and John Elliott, Project Manager NSW, provided an update on the approvals process so far. If all goes according to plan, it is anticipated that some homes may be ready at both sites by the end of 2018.

John said the Hills Shire Council had confirmed its support for the Site Compatibility Certificate at Edgecliff Road and as soon as it had been “signed off”, the Development Application (DA) process would proceed as soon as possible. He expected that the DA process for Edgecliff Road would be finalised in the first part of 2018 and that the DA for Galston would be lodged in March 2018.

Guests were given copies of the new plans and artist’s impressions and discussed the plans and future development with the sales and construction teams. Some clients also inspected a resale home, Villa 96, which was deposited on the day.

It was also an opportunity for clients, many of whom are on the waiting list, to get to know each other better while they enjoyed the festive fare comprising traditional ham, chicken, a gourmet garden salad, broccoli salad, German potato salad, bread rolls, followed by dessert.

A big thank-you to the Resident Ambassadors who also helped prepare for the lunch and shared how they enjoy village life with our clients.