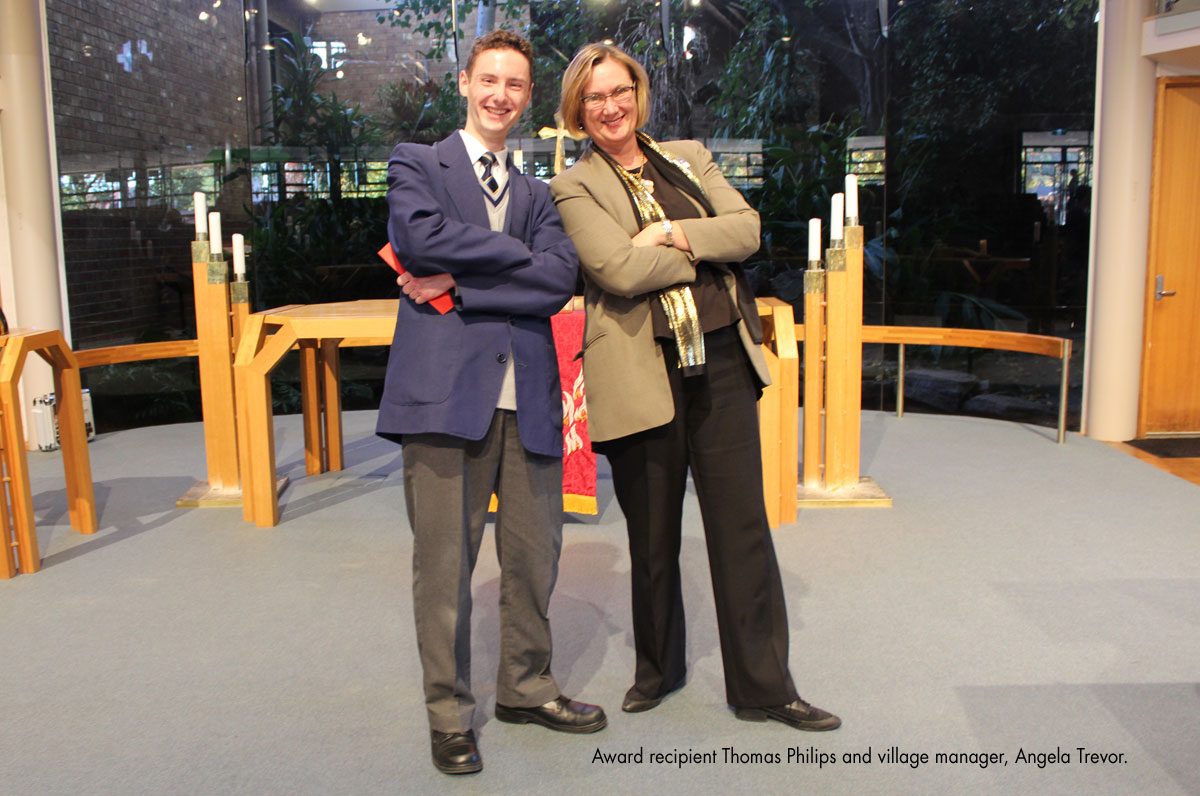 Since Living Choice’s directors, Ian Tregoning and Graham Hobbs, first conceived the idea of building their first SA village on Fisher Street, they and their team have sought to establish a cohesive working partnership with Concordia College as part of their contribution to the general community in Fullarton. This alliance has flourished and is set to continue for many years.

Several years ago, Living Choice offered to create an annual award for a Concordia College music student. Each year, this award is presented to a music student who consistently demonstrates community centered characteristics which are directed towards creation or enhancement of community through their music. The scholarship provides funds each year up to the value of $1,000 and is used to finance the recipient’s instrumental tuition. This year, it was awarded to Thomas Philips at the school’s assembly held on 25th May.

Many Living Choice Fullarton residents have grandchildren who attend Concordia College and over the years, hundreds of pupils have visited the village to take part in various activities, such as bowls, support the Damien on Fisher Restaurant and coffee shop and perform music concerts at the village. The Year 12 music students will perform at the village on 1st June and 8th June from 1.30pm to 3.30pm and all are invited.