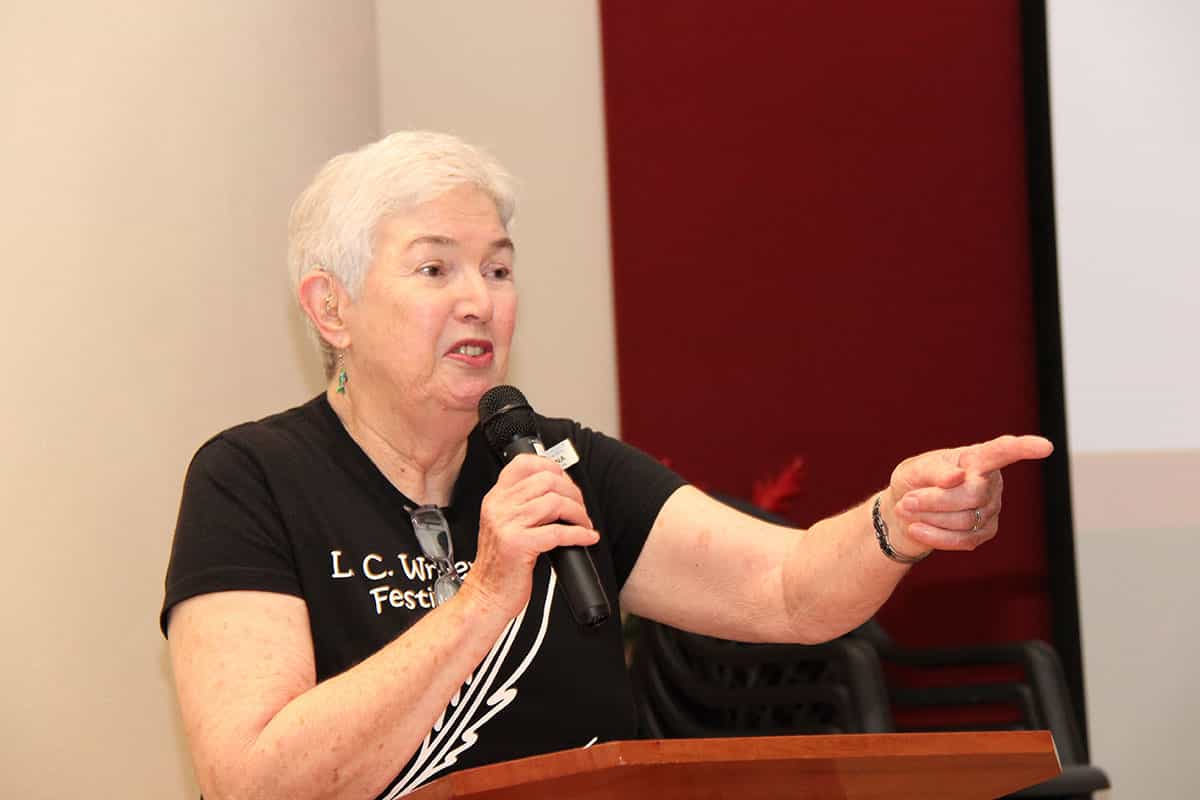 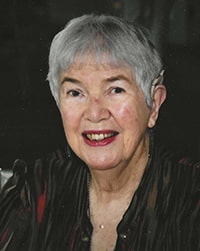 Being awarded an OAM at this year’s Australia Day Awards is a richly deserved honour for Living Choice Glenhaven resident, Lorna Clayton. “I’m getting used to the idea but am still feeling a bit stunned!”

Lorna is not one to boast about her achievements. Regional Manager, Gail Eyres, found Lorna’s name on the list of award recipients in the newspaper. It stated: Lorna Russell Clayton- Glenhaven NSW. For service to the community through a range of organisations. She circled it, took a photo and sent it to Living Choice’s Marketing team with the message “Lovely surprise for our Lorna”.

It was, indeed, a wonderful surprise for Lorna. “I do feel honoured but I can’t help feeling it’s strange to be rewarded for doing things that have made my life so enjoyable and that have led to so many wonderful friendships along the way,” she said.

Lorna runs the Writing Group at the village as well as the hugely popular annual Glenhaven Writers’ Festival. This year will be the 7th festival and with the help of fellow resident, Dianne Moriarty, she has managed to secure Diane’s famous daughters, authors Jaclyn, Nicola and Liane Moriarty, to give a guest presentation.

However, Lorna’s contribution to the community spans far longer than the last 7 years organising Writers’ Festivals. Her volunteering efforts began in the late 60's at the Northcott School for crippled children, as secretary at Burnside School Ladies’ Auxiliary and as secretary at Cumberland High School P&C. In the late 70's she became a volunteer at St Gabriel's School for Hearing Impaired Children and also became involved with AFS International’s Intercultural Programs for 9 years. Lorna still has ties with her Japanese daughter, who was taken into her own home.

In the early 80's, Lorna wrote a book on cross-cultural understanding and misunderstanding - 'When do you bow in Australia?' This book was given to the AFS, who published it in 1984. It has been used as recommended reading for courses in various tertiary institutions, as well as for AFS students and their host families.

From 1993, she was a volunteer with the Greater Western Region of Sydney U3A Inc, not only as a respected committee member, but as a volunteer tutor in English Conversation, Upstaging Ageing, Writing Creatively and Cross-cultural Awareness.

She co-ordinated the publication of collected writings of U3A members in 'Old enough to know better ... too young to resist', a book in honour of the 'International Year of Older Persons', 1999 and also published a second book, `Many a Good Tune’ in 2004.

From 2000 to 2010, she and a friend also visited a nursing home once a month to read poetry to residents. “I love poetry and sharing it like that was a very satisfying experience,” she said.

Lorna, who has a hearing disability, became involved in Self Help for Hard of Hearing People (SHHH), giving talks at service clubs, retirement villages, nursing homes and schools. She was a member of Better Hearing Australia and trained with them to give Lip/Speech Reading classes which she did weekly for a number of years. She stopped her U3A activities in about 2017 when her late husband, Max became ill.

In paying tribute to Lorna, Gail Eyres said Lorna was a quiet achiever who had helped many seniors living in the village and the community. “Through the Writers’ Group she has brought so many people together, helping them to make new friendships while developing their creative side. She is an amazing caring soul, caring for her husband through his illness and making time to help so many other seniors struggling with life changes.” 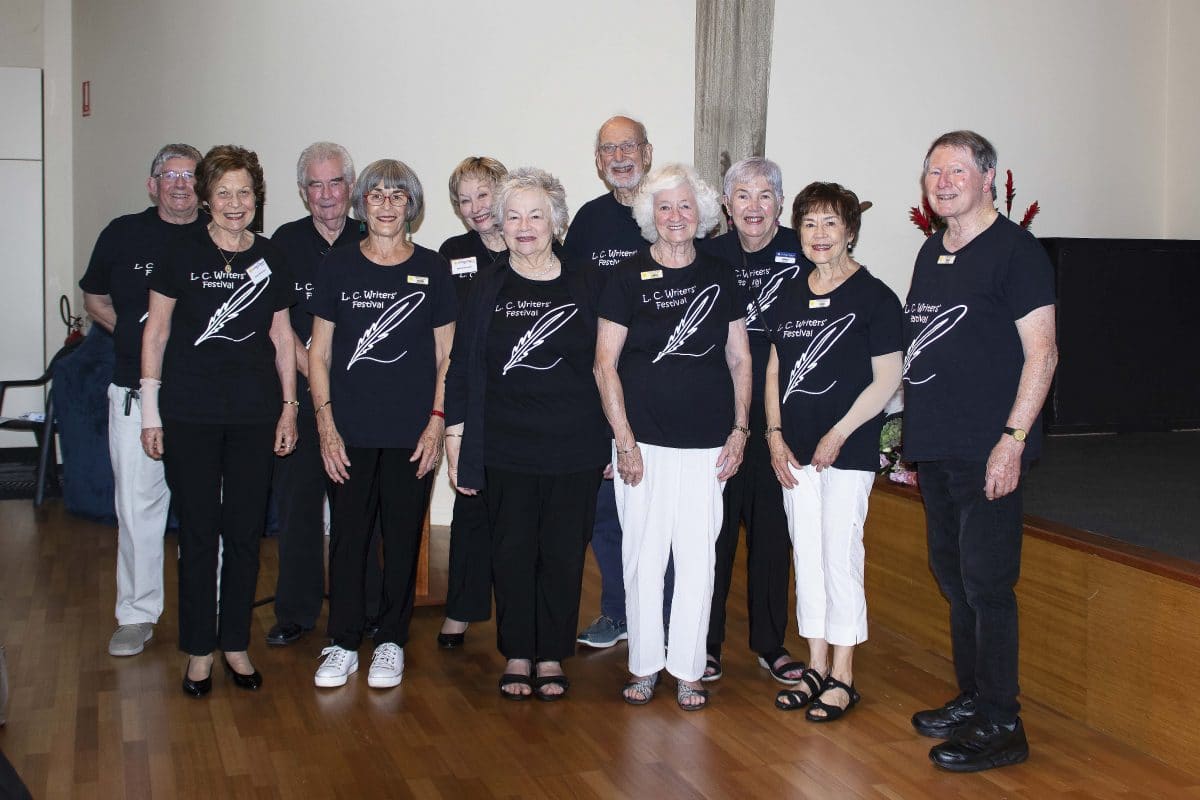 Lorna Clayton (3rd from right) at the 2021 Writers’ Festival.