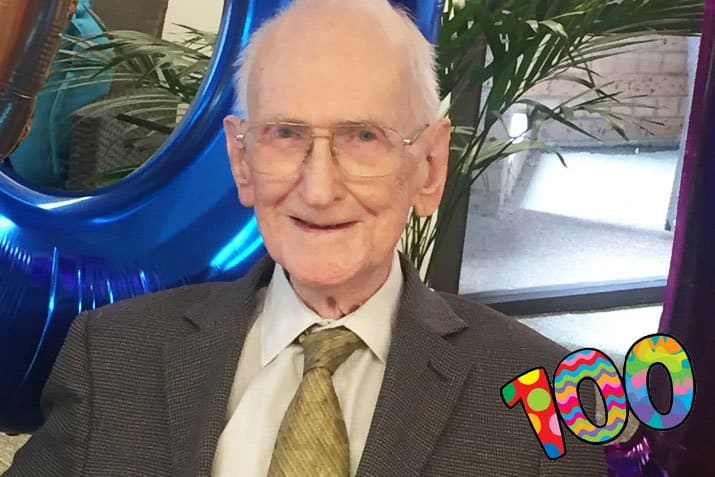 Congratulations to our newest centenarian!

Jack has been living at Leisure Lea Gardens for over 20 years and although this special birthday was a cause for great celebrations, Jack preferred to celebrate quietly with some of his good friends in the village. Jack and his close family also enjoyed a lunch at Banjo Patterson House on his actual birthday on the 11th January.  This was a fitting venue as Jack is a very well-read man who loves poetry and literature.

Jack was a school teacher in many locations throughout NSW and a lecturer in English at Wagga Wagga Teachers’ College for many years. Jack continues to be an avid reader and lifelong learner who also enjoys writing poetry and short stories.

The Shumack family name is well-known in the Canberra area where many historical sites and landmarks bear the name, as the family were pioneers in the area. The centre of Canberra stands on the site of Jack’s grandparents’ farm and the family had several farms in and around Canberra. On the farms Jack was known as a crack shot and one of his favourite activities was fishing in the local rivers and streams.

After retirement Jack and his wife Enid began travelling overseas and Jack was able to make use of his French language skills and they enjoyed many trips, discovering new cultures and sites.

Jack and Enid moved to Leisure Lea Gardens 23 years ago and Jack’s daughter Sandra describes him as a devoted husband, especially when Enid needed extra care, and as a fantastic father to his three daughters. Jack is still very independent, cooking meals at home, and he has been able to retain his Driver’s Licence into his 100s!

Living Choice congratulates Jack Shumack on his 100th Birthday and the directors and staff members wish him all the very best!