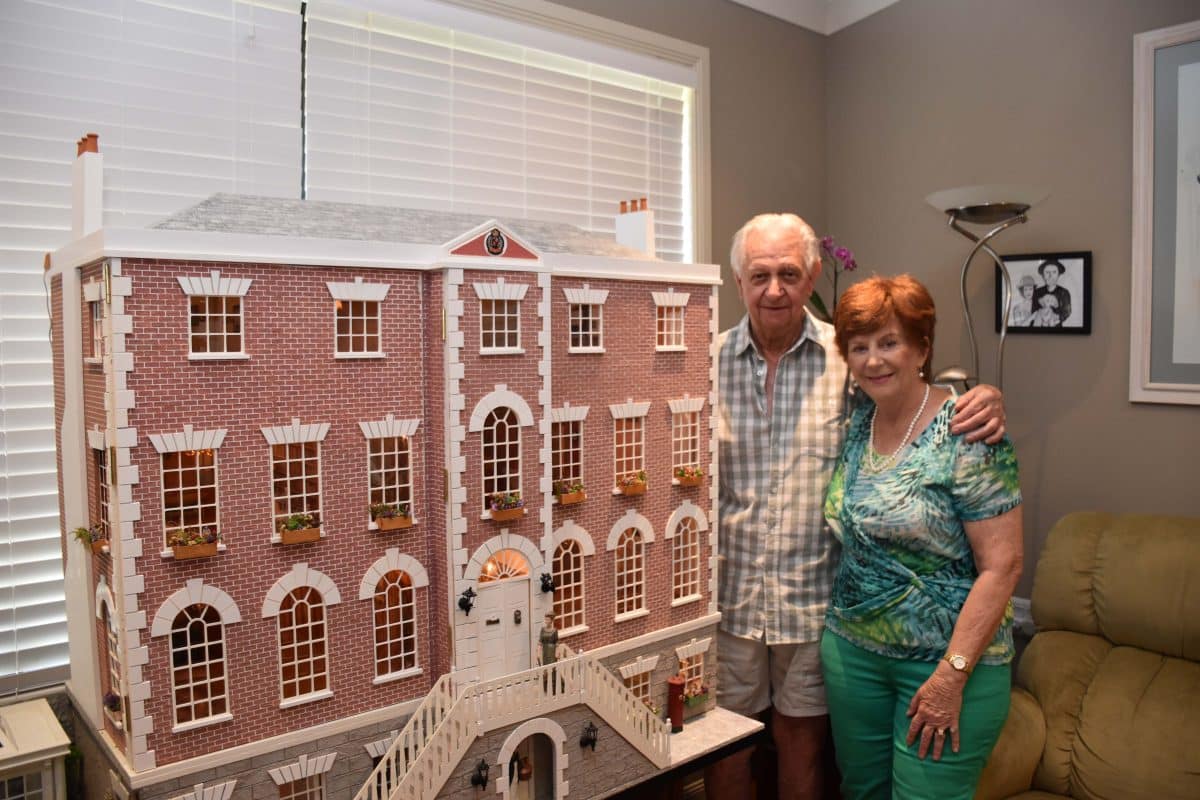 If there is one thing our villages are short of, it definitely isn’t creativity. For Living Choice Twin Waters resident, Nola Trollip, two years went into creating the ultimate and amazingly realistic doll house, the “Preston Manor,” and we have never seen anything quite like it before.

From sourcing materials from all over the world, including Spain and America, to hand-painting and everything in between, Nola poured her heart out to create this masterpiece, whilst husband Basil, worked on the electrical side of things. It has now been passed on down to her daughter, where it has been asked to stay in the family as an heirloom for generations to come.

The dollhouse was inspired by the hit television show, turned movie, Downton Abbey. It has four levels which consist of rooms such as maids’ quarters to billiard rooms and even an outdoor courtyard. As Channel 7 says in their interview, this takes perfectionism to a whole new level and we couldn’t agree more. “There was never any pressure; I could just go in and do it whenever and I enjoyed doing it,” says Nola. If that doesn’t sum up retirement we don’t know what does!

View the house via the link. https://www.youtube.com/watch?v=i0TUXBwhQh0&feature=youtu.be