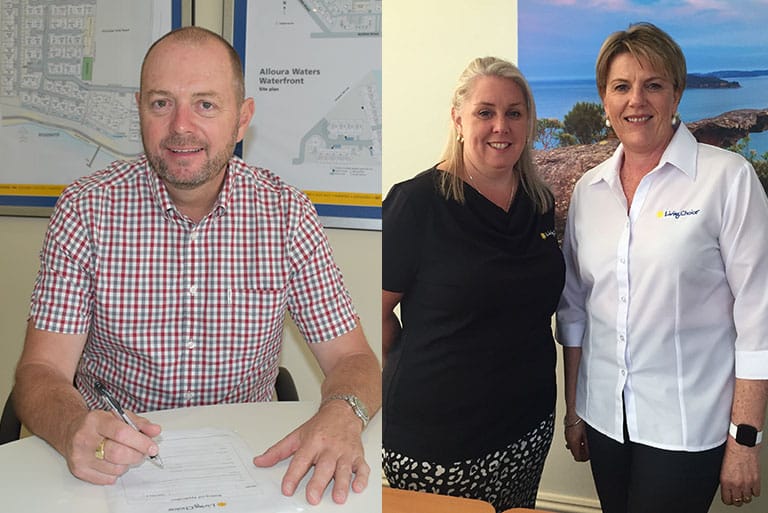 Prior to her commencement with LCA, Leanne worked in Property Management with the State Superannuation Board, St George Bank, Century 21 and owner/operator of a local General Store.

Prior to joining Living Choice, Rebecca was employed for 10 years as a Pre-School Teacher and then for 15 years at Target Erina as the Payroll and Accounts Manager.

As Living Choice’s National Purchasing Officer, Andy Dudney will manage negotiations and purchases for the group across a number of departments. He will be based on the Central Coast will also assist the Central Coast sales team while transitioning into his new role. He will work closely with the Group General Manager, Regional Managers and Construction teams to ensure the best quality workmanship and pricing for the group.

Andy has plenty of experience, having worked for Living Choice since 2003 in a variety of roles, including construction, maintenance, gardening and as Village Manager at both Deepwater Court and Alloura Waters.

Also commencing in October, Living Choice’s Central Coast Village Managers will be integrated into the sales department, further strengthening the unification between the Operations and Sales departments and improving the journey new residents take when entering into a Living Choice village.