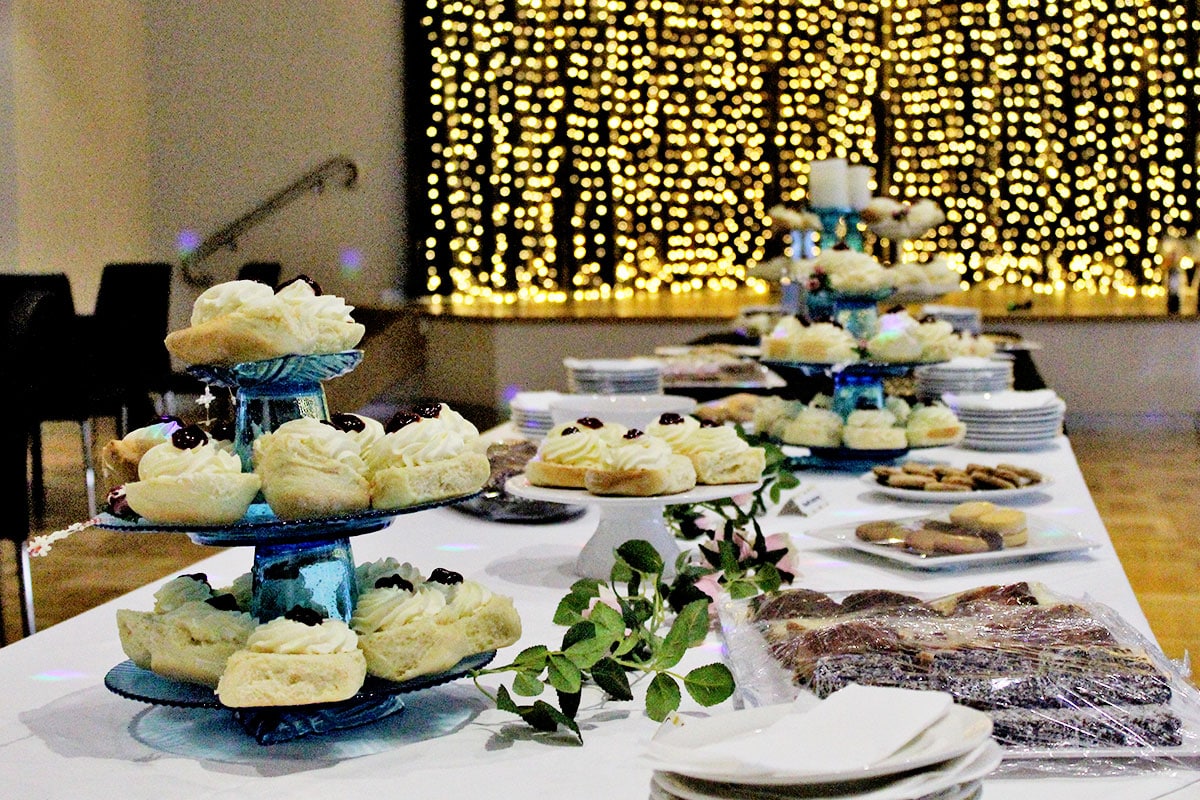 Sonya created an elegant and moody setting for 56 residents with curtains closed, fairy lights on, and the disco ball spinning. The tables were decorated with black tablecloths, gold runners, flowers and fine china.

Fancy homemade scones, jam, cream and cakes, were all donated by a local little café where Sonya’s daughter works.

There was a resident trading table full of homemade jams, cakes, muffins, biscuits and pickles and that was sold out within half an hour!

The games played included Toss A Coin to the wine bottle – closest toss won the wine; Guess What Tea tasting test; and Tea-Rivia.

Living Choice donated the gift baskets for the raffles and General Manager, Jason Sack, and Sales & Marketing Assistant, Teresa Allan, were also in attendance. They took out the Tea-Rivia prize and gave Sonya a planted gift to thank her for organising the event.

Only a few scones remained at the end but they were quickly auctioned off, which added to the donation.

It was so much fun. Everyone had a fantastic time and at last count they had raised $2,024.75. Generous residents keep handing Sonya money towards the campaign so the tally is still rising!

Nicely done, Sonya. And warm thanks to the residents who helped make this event successful.