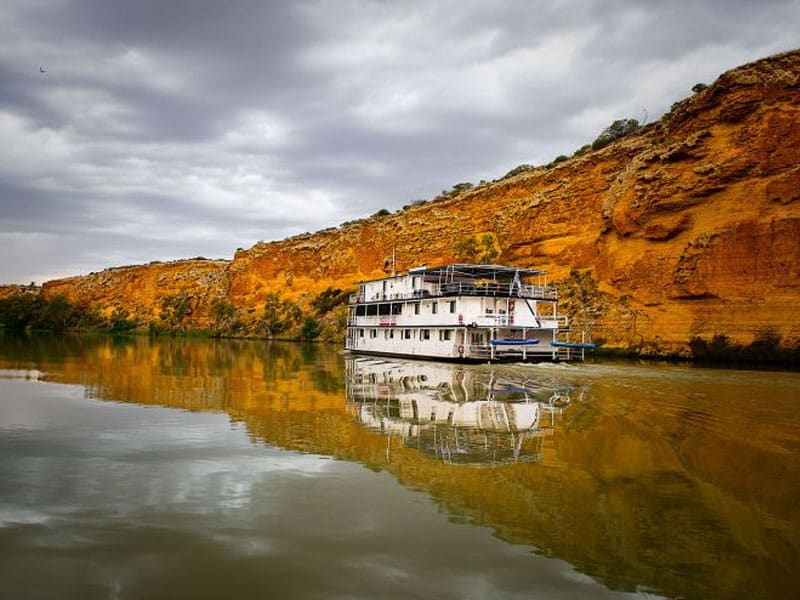 Living Choice Fullarton residents love to travel and have their own Travel Club, mainly organised by resident Kevin Pearson. Recently they travelled on the Proud Mary. Here is Kevin’s report.

On October 24th, after three date alterations due to COVID-19, 13 Living Choice Fullarton residents (and a friend) embarked on the “Proud Mary” for a leisurely five-night cruise on the River Murray.

Fate was kind to us as we enjoyed fine sunny weather for the most part, and were back on board after an excursion to an ancient aboriginal site before a fierce hailstorm added some excitement to the moment.  Daily excursions included visits to riverside towns to see museums, a school which runs a little business and an almond orchard.

A night-time wombat hunt was a highlight – many wombats and some kangaroos appeared in the spotlight. Three beautifully cooked meals a day resulted in several added kilos to many a waistline.

Misty mornings brought great photo opportunities along with the ever-changing colours on the cliffs. Pelicans provided a show as they followed the boat. An excursion on a small boat into a riverside lagoon and under the cliffs was both fun and educational. Walks were organised along the banks and to see a small waterfall. An entertainer on the barbecue night encouraged a singalong.

In summary, it was a wonderful experience.

Photos below by Kevin Pearson 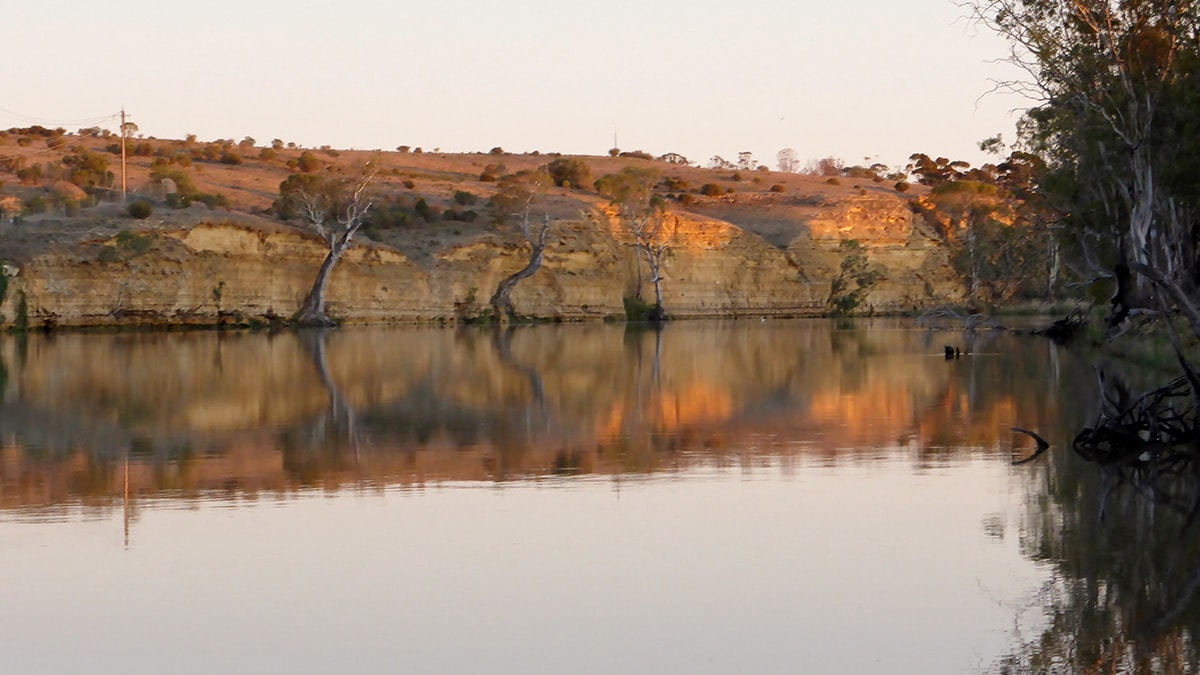