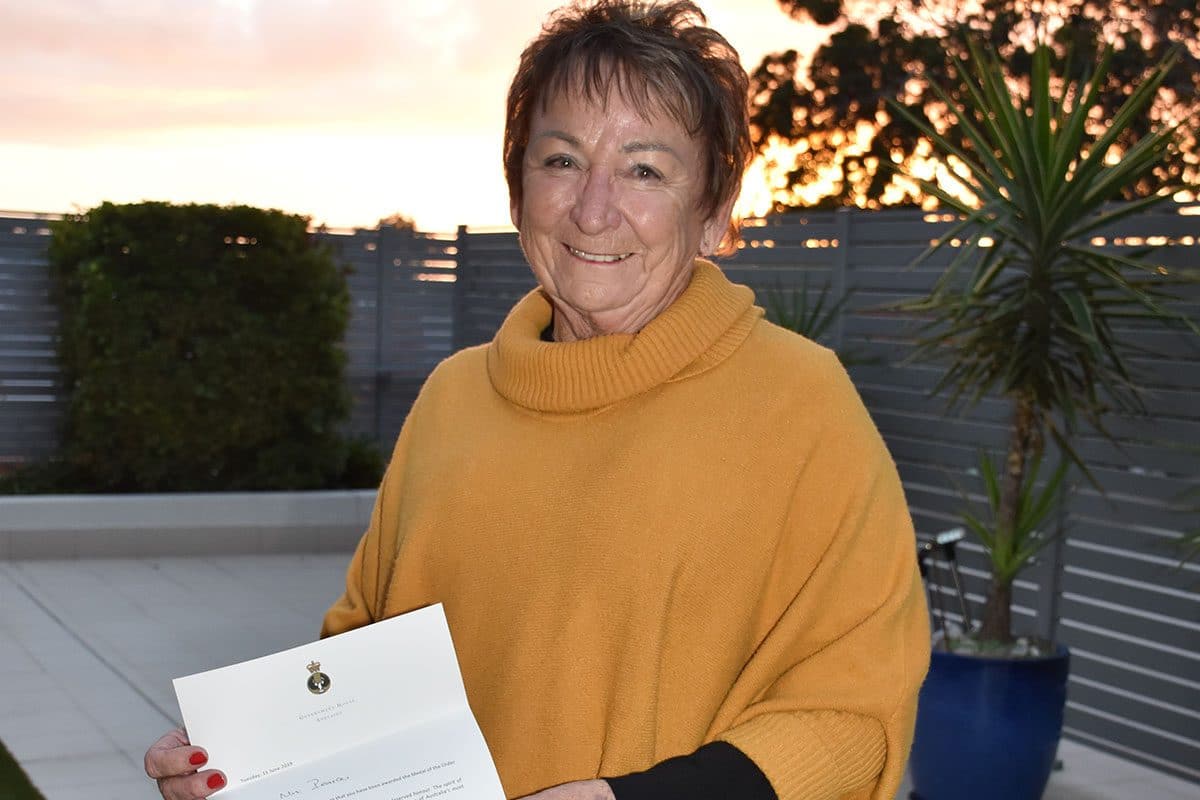 Much-loved Living Choice Fullarton resident, Sue Pearce, is well-known for her love of parties, horses, champagne and good food - but behind the joyful exterior there is a steely determination to help those in need.

That determination was recently rewarded with a Medal of the Order of Australia, presented for her service to children’s charitable organisations and to the community. Sue was nominated by fellow residents and OAM recipients, Bob and Jenny McIntosh, and a business associate, Peter McGinley who frames all of the items that Sue auctions at charity fundraisers.

Sue, an Olympic Torch Bearer, is best known for her work for Variety the Children’s Charity SA, participating in the annual Variety Bash since 2005 and the Variety V2 and 4WD events since 2016. She received a special award as the first car to raise in excess of $1-million for Variety. She has received many other industry awards, including several by Meeting and Events Australia.

Sue has served on many Boards – the Adelaide Festival Centre Foundation, Icon Cancer Care, Business Enterprise Centre, various advisory committees for TAFE SA, Adelaide Convention and Tourism Authority and she was the first women elected to the Board of the Blackwood Golf Club. She has also been a blood donor for 50 years and recently gave her 120th pint of blood.

Sue was recently spotted in the foyer of Living Choice Fullarton in a glamorous sparkly dress complete with fur stole, fishnet stockings and with a glass of champers in her hand. She was waiting for her lift to yet another charity fundraiser in the city that she had helped to organise. Good on you Sue – we’re super proud of you!