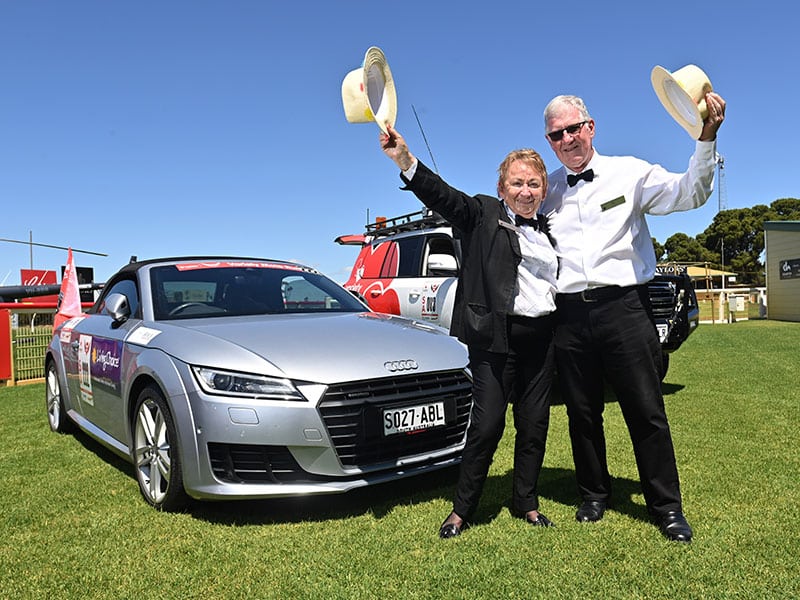 After 12 months of serious fundraising, 108 supporters of Variety the Children’s Charity gathered to participate in the 2021 Variety SA MOTORUN. Amongst those participating were Living Choice Fullarton residents, Sue Pearce and Rod Watson whose Car 222 was co-sponsored by Living Choice and the Bridgeport Hotel.

“Our first stop was Pine Point on the Yorke Peninsula where locals donated morning tea before we headed off to the Balaklava Race Course via Wallaroo & Port Wakefield,” said Sue.  “Rod and I were the Sweep operators for the event of 1 pre-recorded race of 7 horses!  Whilst a Calcutta drained most betting purses, the Sweeps raised $1,550!

“Then it was on the road again to the Barossa via the famed Collingrove Hill Climb before dining in the Seppeltsfield Vintage Cellar, drinking fine wine and being entertained with live music, our own auctioneer and the Wine Maker’s experiences!

“Being hosted by Tim Adams himself and in his glorious winery was a great tea and scone break as we continued east to the Swan Reach OP Shop where it was mandatory to purchase clothing to be worn on the final night!  I purchased knickers, pegs and a jacket and dressed as a chest of drawers while Rod was a surfie – funnily, many of the blokes chose to dress as pregnant women!

“We stopped at Swan Reach Hotel for lunch then travelled to Murray Bridge where the brand new Bridgeport Hotel accommodated us in lavish style in their private room. We enjoyed great food, wine, dancing and company, and our own auctioneer again! This hotel joined with Living Choice to co-sponsor our Car 222 and we were privileged and proud to display both logos.

“Day 3 took us to the Monarto Safari Park for the experience with the Lions – brilliant and brave were we – just an arm’s length away!  A large and interesting souvenir shop tempted many and showcasing purchases was entertainment over lunch at The Winehouse. Three of us girls decided to fly to this destination and what fun it was – identifying various landscapes, rivers and areas adjacent to the mouth of the Murray.

“The McCracken Country Club was our destination for this night and from there we were driven to the Steam Ranger Cockle Train where the train ride was to the Chiton Rocks Surf Club where we danced the night away to live music in a glorious venue.

“The last day is always a little sad – just knowing it’s the finale of the event for another year, so we needed to make a day of it - and we did!  Entrée was in magnificent Battunga Vineyard and the lunch at Penny’s Hill Winery where the fundraising total for the year was announced as $531,000.00 – the highest ever for this event!

You will notice that our own auctioneer is mentioned more than once!  A regular supporter who each year auctions 3 lots of nothing and the highest bid for each of these is always $10,000.  If you would like to join us next year bookings can be made through https://www.variety.org.au/sa/events/ and if you would like to sponsor Car 222 the Wandering Wombats please email suepearce222@gmail.com and welcome aboard.” 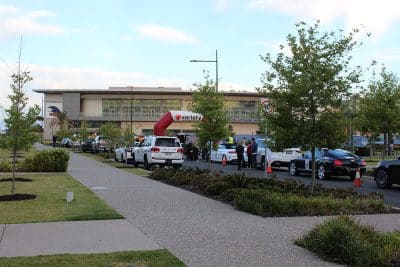 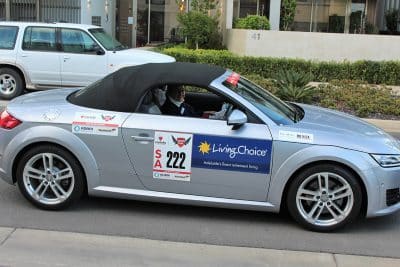 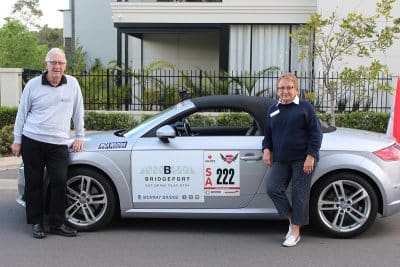 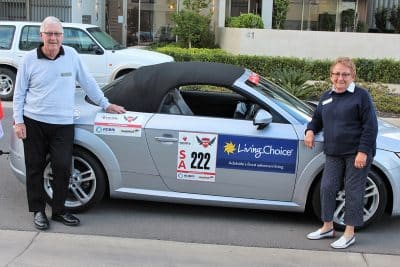