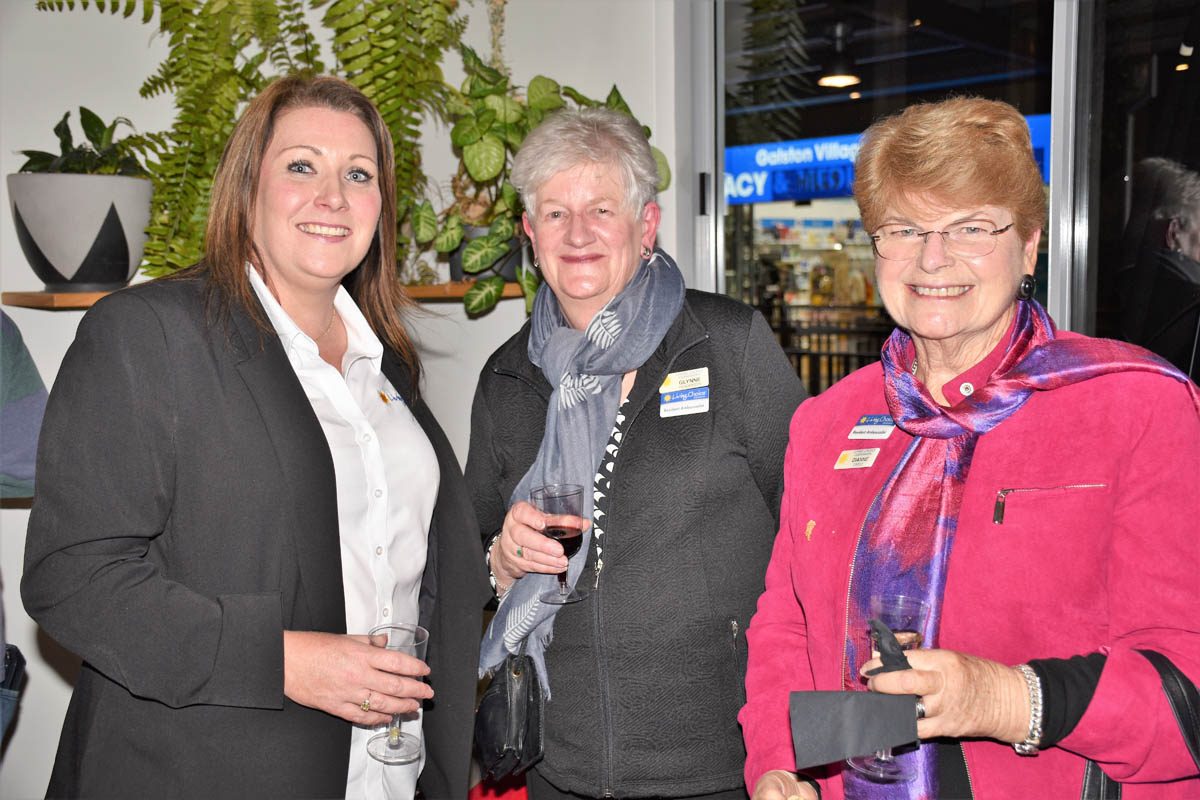 Following a successful Information Session for Living Choice Galston clients in May, an informal get-together was arranged with Galston business owners at The Local Collective Café on 20th June.

Several residents from Living Choice’s village at Glenhaven also attended, to share their experiences of life at the village and to highlight the benefits for local business owners when the Galston village opens.

Living Choice Galston will be located at 330 Galston Road, just a stone’s throw from the Galston Shopping Centre, and Glenhaven resident Glynne Henderson said business owners in the area would reap the rewards.

“Our Social Committee organises many regular functions, including lunches, dinners and happy hours, and we support local businesses when arranging catering, buying drinks etc. We also go on many outings, including to local attractions.”

Jason Sack, General Manager of Living Choice’s Sydney and SA villages, said when Living Choice purchased the site two years ago, it was already approved for a retirement village. To ensure it was designed to Living Choice’s high standards, there had been several design revisions and he was confident local residents would be pleased with the final outcome.

Regional Manager, Gail Eyres, said many of those who had already expressed an interest in the Galston village were from the local area, affording them the opportunity to remain in the area, close to their families, friends and support network. She invited those present to visit the Glenhaven village to see the high standard of the homes and facilities.

In response to a concern expressed about the village impacting the rural ambience of the Galston area, Terry Oliver, Chairman of the Glenhaven Residents’ Committee, assured those present that Living Choice villages throughout the country were attractively presented. “I love coming home to our Glenhaven village and seeing our beautiful trees and award-winning gardens.”