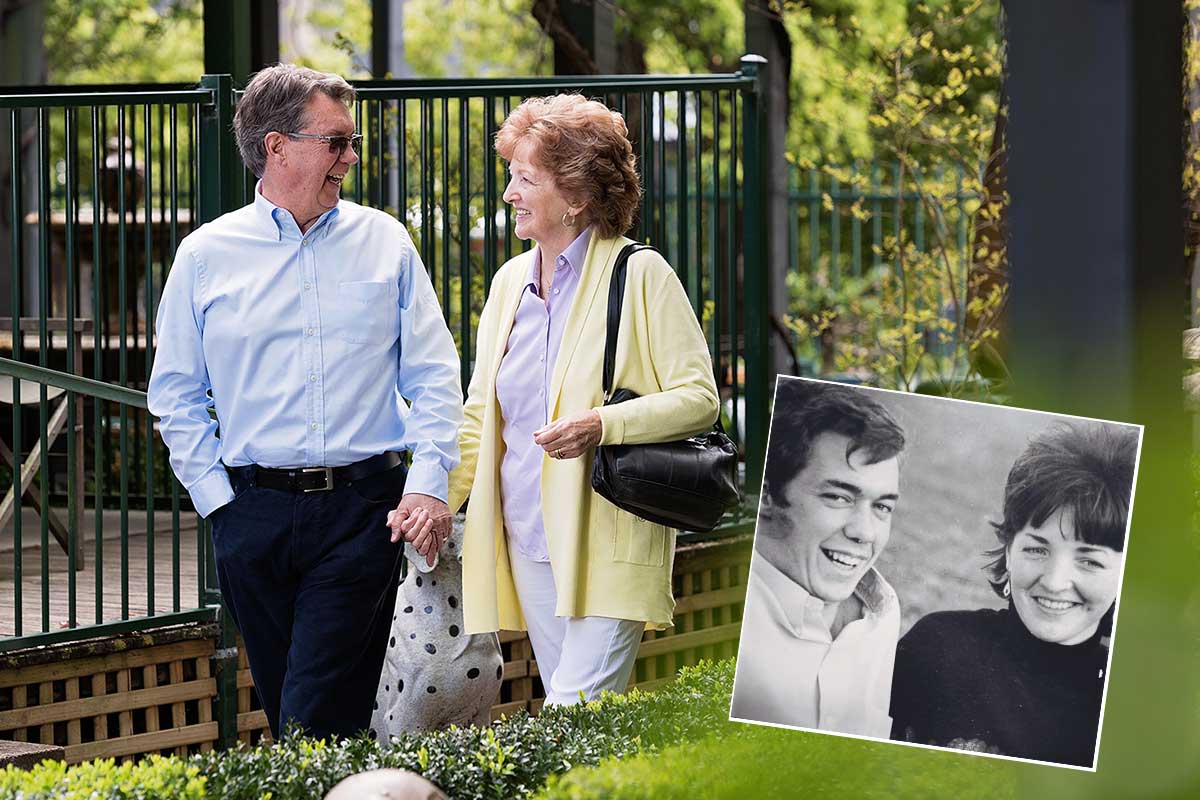 Today, 22nd July, is a very special day for Living Choice Glenhaven residents, Brian and Brenda Cocker. It’s their 60th wedding anniversary and, despite the lockdown, they intend to make the most of it – feasting on oysters, beef cheeks and crème brulee, which will be delivered by a local restaurant.

Their 60th anniversary dinner is a far cry from when they first got married. “We were both apprentices, me as a toolmaker and Brenda as a draughtswoman. I remember one night we only had a carrot and half a pack of flour in the cupboard. We made carrot dumplings and I promised Brenda that situation would never be repeated again.”

Brian and Brenda met at a famous entertainment precinct, Bellevue, which included a ballroom which could accommodate 3,000 people and a revolving stage with bands playing. “Brenda had just ditched another man who was getting too amorous on the dance floor and was walking past when my friend called out to her. I asked her to jive and the rest is history!”.

Brian and Brenda were married in a Registry Office in Manchester on 22nd July 1961 and came out to Australia as “Ten Pound Poms” in October 1968. They had two daughters, Julie and Paula, and lived in Cabramatta, Ryde, Lilyfield, Dundas, Annangrove and then finally Glenhaven Village in July 2015. They have been blessed with five grandchildren and four great-grandchildren.

Their daughter, Julie, alerted Living Choice to the fact that it was their 60th wedding anniversary and was disappointed that the family could not celebrate together today. She arranged for a hamper of goodies to be delivered to their door. The previous day a hamper had arrived from their other daughter Paula.

No doubt, the popular couple will receive many good wishes from fellow residents at Glenhaven, to add to the cards they have received from the Queen, Governor General, Prime Minister, Premier of NSW and local Federal Member.