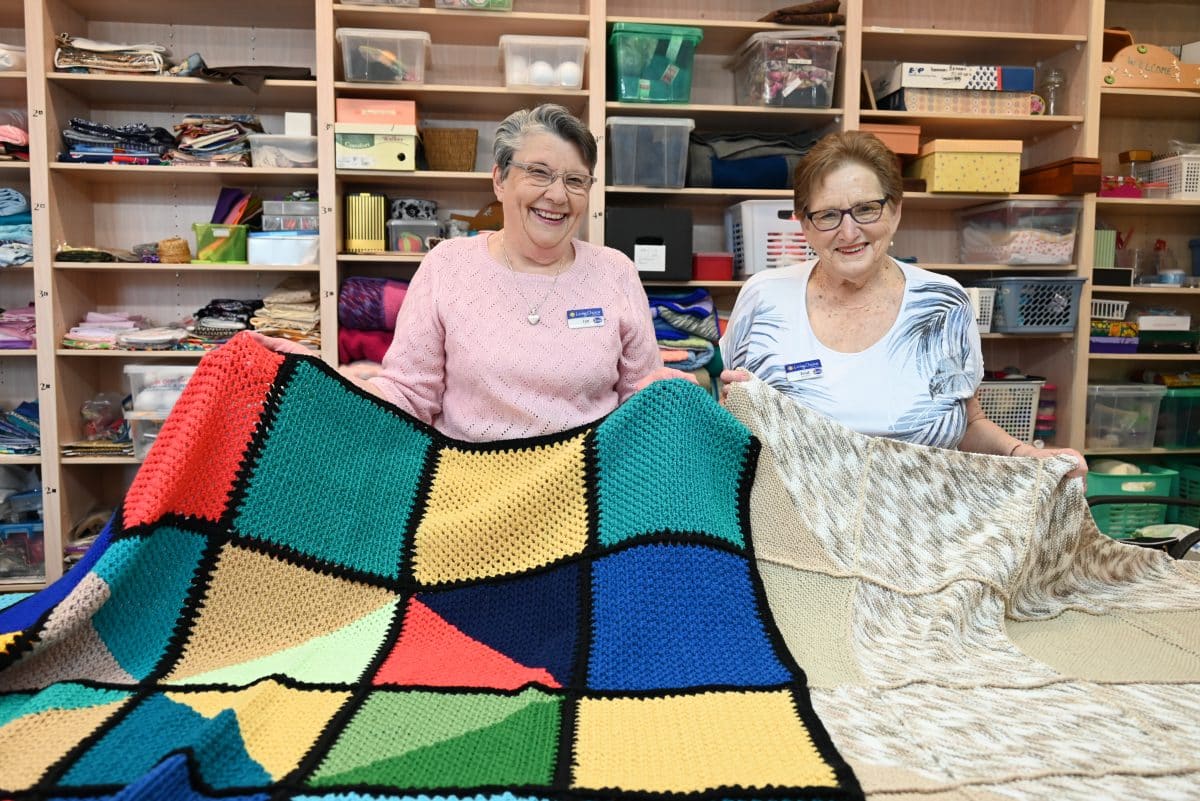 Many needy families will be able to keep warm this winter, thanks to the generosity and hard work of the Living Choice Charity Craft Group at Glenhaven.

Over the past six months, the Craft Group members have knitted enough squares to sew up 50 rugs for the Creative Fringe’s blanket project. They will also be donating six large bags of knitted squares.

The Creative Fringe, which is based in Penrith, organises two workshops each year and people are invited to come along and sew the squares together. The rugs are donated to people in need, including flood and bush fire victims, homeless people and domestic violence survivors. In 2021, the organisers handed out 290 blankets and this year, they are hoping to donate 350.

Glenhaven resident, Enid Hewson, who started the Craft Group in 2005, said the group had contributed to the Creative Fringe’s blanket project for the past two years.

“The funds raised from selling items on our craft table are used to purchase wool to knit and crochet these blankets. We also support other organisations with scarves, beanies and items that do not sell. Twelve bags of scarves will be shared between other charities, including West Care Penrith, Stewart House and the Exodus Foundation,” she added.

Enid has a long history of raising funds for many charities. She was the first resident to move into Living Choice Glenhaven nearly 18 years ago with her late husband, John.

Pictured above with two of the 50 blankets are Jan Utick (left) and Enid Hewson.