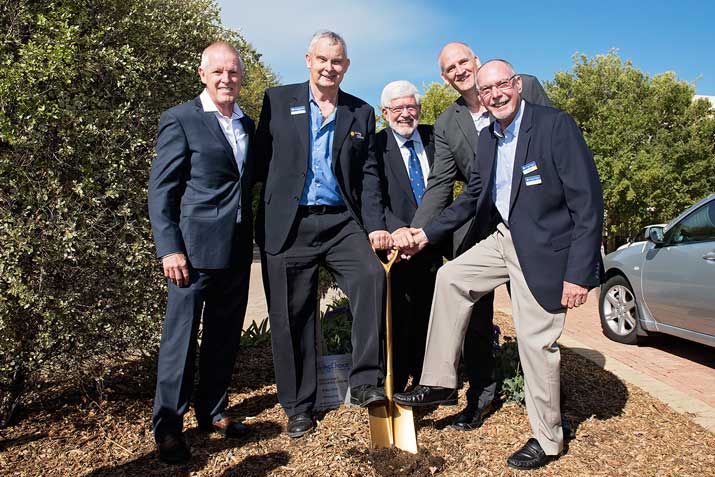 Residents at Living Choice Woodcroft are celebrating the commencement of a new era following the ground-breaking of the village’s multi-million dollar leisure centre on 5th May 2016.

Just one week after taking ownership of the village, Ian Tregoning promised residents he would build them a leisure centre. The Living Choice architectural team swung into action, designs were submitted to the Onkaparinga Council and once the approvals were secured, this week’s Ground-Breaking Ceremony was held to signify the start of construction.

The leisure centre facilities will lead to a vastly improved lifestyle for the residents and will also open up opportunities for the surrounding community as health and wellness professionals will be invited to consult at the village. Living Choice’s philosophy is to encourage interaction with the outside community and the facilities will enhance that interaction.

Clr Greg Olbrich welcomed the development of the leisure centre, further apartments and villas and said it would significantly boost local employment. On a personal note, he revealed that not only did his parents-in-law reside at the Woodcroft village but that his parents lived at Living Choice’s second Adelaide village, Living Choice Fullarton.

Chairman of the Residents’ Forum, Doug Tilley, said the residents were thrilled that construction was starting on the leisure centre. “The facilities it will provide are unsurpassed and the strong camaraderie we already have will be further enhanced. When we can all join in together within this magnificent building, our lives will be improved forever.