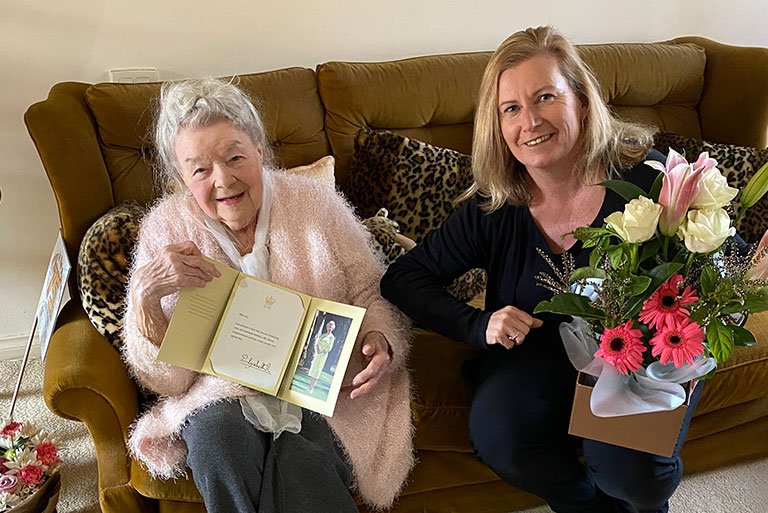 You can live a long and happy life in your independent living villa at a Living Choice village – just ask Joyce Lee of Living Choice Broadwater Court, who celebrated her 100th birthday on 16th August.

Joy, as she is known to her family and friends, moved into her villa at Broadwater Court in November 1999 and she has seen a lot of changes at the village during that time. She has also made many friends.

Joy spent most of her life in Sydney and worked at Beard Watson where she met her future husband, Theo in 1936. During their courtship, Theo joined the A.I.F. (Australian Imperial Force) to serve his country during the Second World War. He was captured by Japanese soldiers in the fall of Singapore and sent to a P.O.W. camp at Naoetsu. He spent four years there during which time he proposed to Joy via a letter – of course, she said “yes”!

Theo returned in September 1945 and they were married six weeks later. Joy devoted her life to restoring Theo to health.

During their later years, Joy and Theo travelled extensively and made several trips to Japan. Joy attributes her long life to her parents. She maintains a keen interest in world affairs and local events and has a wonderful sense of humour and excellent memory.

Village manager, Jodie Shelley, visited Joy to present her with flowers and Joy was proud to show her the letters she received from the Queen, Governor-General, Prime Minister and the Minister of Veteran Affairs. Congratulations Joy, on this wonderful milestone! 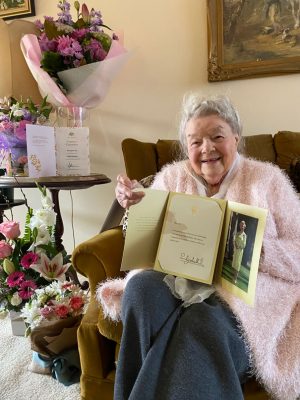 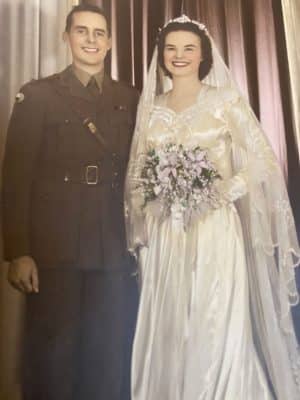