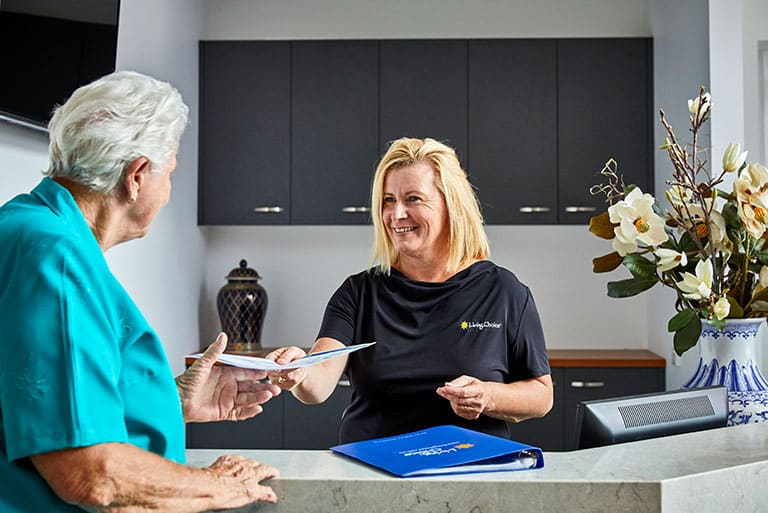 Living Choice Regional Manager, Gail Eyres, said Jodie was a very caring, down-to-earth person who had a natural ability to relate to people on all levels. “She has the even balance of both strength and gentleness and knows when to use them wisely.

These strengths make Jodie an excellent Village Manager who is respected by LCA Management, her staff, the Residents’ Committee and residents.”

Due to being spread over 5 stages, with some stages being geographically separate, Living Choice Broadwater Court has always been a challenge to manage as it requires a Village Manager with excellent skills to ensure all stages are managed efficiently. Gail said Jodie had played a big part in developing a harmonious village.

“She has a warm, outgoing personality and is well-known for her ability to identify a problem and resolve it efficiently. She has excellent leadership skills and has built a positive team attitude within her staff. Jodie is committed to ensuring residents’ happiness and wellbeing and works closely with committees to develop the best possible budget for village finances and future improvements. Jodie is a rare gem and we are lucky to have her lead one of our largest villages. Her ability and strength has helped Broadwater Court to also grow to be a happy village. My best wishes to Jodie on a very well-deserved nomination for the Manager of the Year award.”