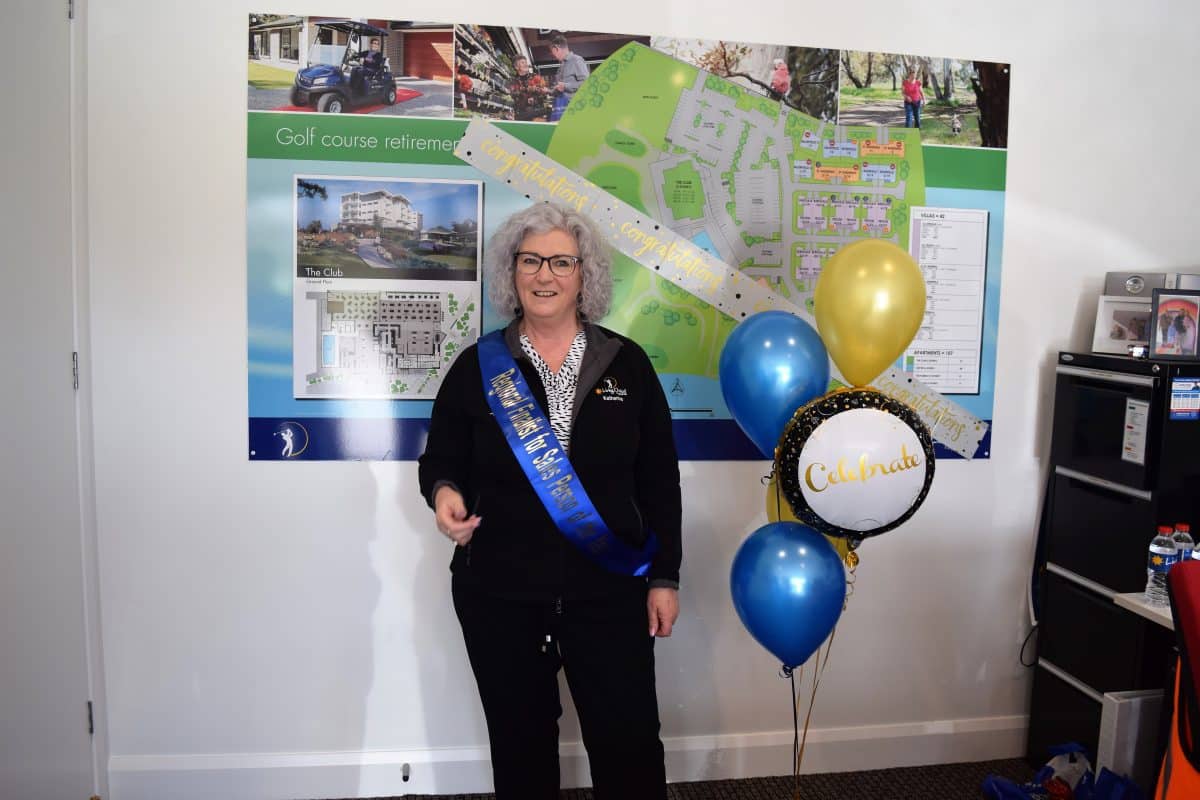 It’s been quite a year for Katherine Stacey, Sales Manager at Living Choice’s villages at Flagstaff Hill and Woodcroft. She’s endured some personal hardship, moved house and then slipped and broke her foot during the house renovations.

Even her sales office, located within a display home at Flagstaff Hill, has moved a number of times as she keeps selling the display homes!

She has attended expos, golf days, open days, made hampers, wrapped prizes and arranged events for residents and clients. Most importantly, she has not lost her sense of humour!

Now, Kathy’s efforts have been recognised with the announcement on 3rd September that she had won SA Salesperson of the Year in the Property Council’s National Retirement Living Awards.

The Imagine Projects Award for Salesperson of the Year is for the salesperson who achieves outstanding results in leading and driving sales of retirement living units/apartments (independent and/or ‘care’ or ‘serviced’ apartments’) at one or more retirement villages.

As the Regional winner, Kathy has now qualified for the National Awards. The winner will be announced at the annual Retirement Living Conference to be held on the Gold Coast in late November.

Group General Manager, Jason Sack, said Kathy fully deserved the Regional Award. “Apart from achieving a high number of sales, she has gone the extra mile to assist our marketing efforts and is a great supporter of our Resident Ambassador program. Kathy’s clients become her greatest supporters long after they move in.”

That support was in evidence when word spread at Flagstaff Hill that she had won the Regional Award. When Kathy arrived at the sales office on Monday morning, she was greeted by balloons and a “Congratulations” banner which had been organised by residents, Wendy Butler and Rae Angel.

Well done, Kathy – we are very proud of you! 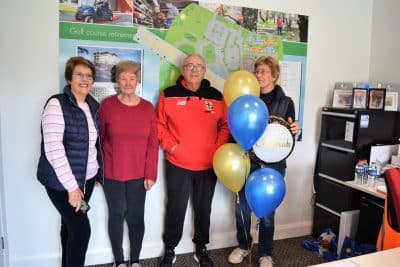 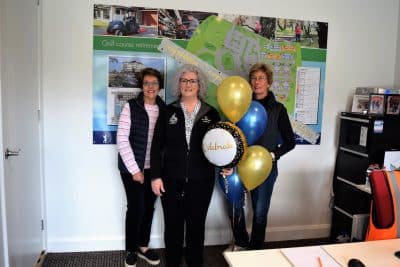