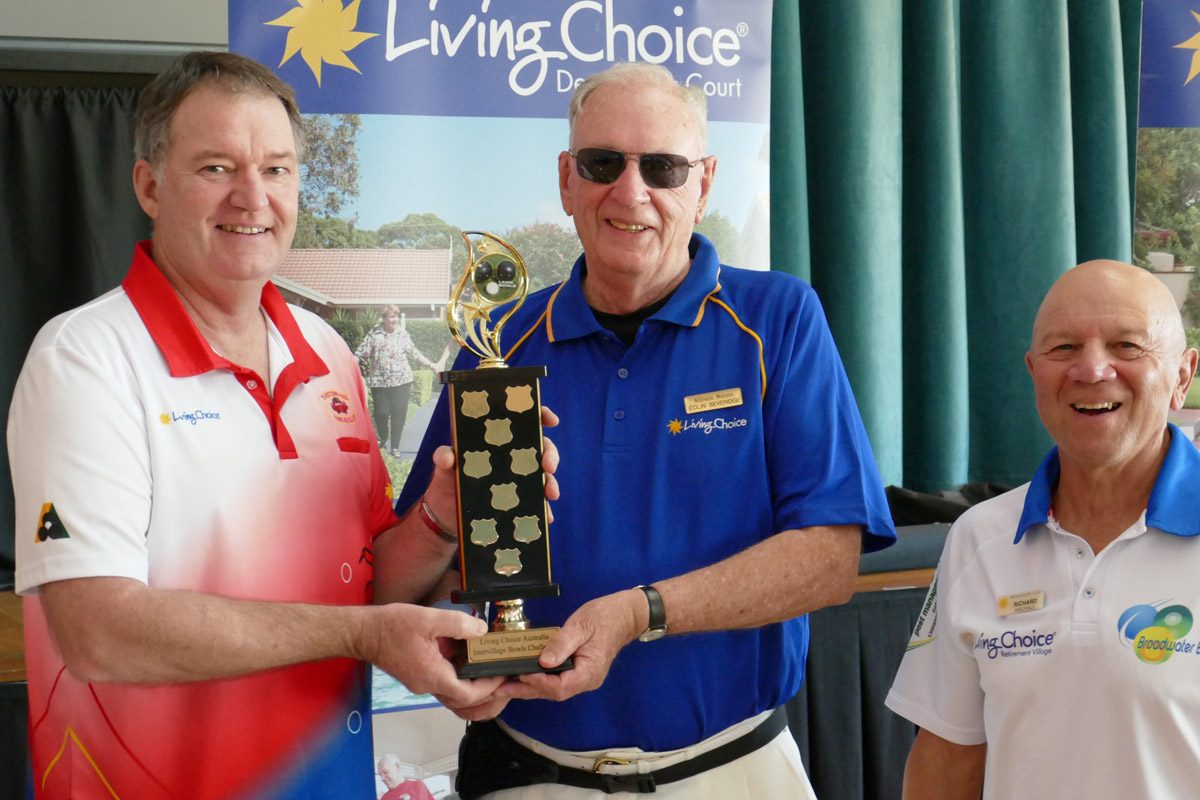 The inaugural Inter-Village Bowls Challenge was held between Living Choice Alloura Waters and Living Choice Broadwater Court at Davistown RSL Bowls Club on Friday 18th May and was such a success that it is set to become an annual event.

Seventy-two people took part, 18 of whom had never bowled before, and the organisers, Barry Price and Richard Whelpdale from Broadwater Court and Garry Tucker and Don Paviour-Smith from Alloura Waters, ensured the whole event ran smoothly. Tim Bentley, GM Central Coast & Qld, not only presented the prizes but also took part, as did 12 other Living Choice staff members, six from each village.

Alloura Waters was the winner of the first competition and will have bragging rights for the next 12 months. On a call of voices there was a very strong response to Tim’s enquiry as to whether it should be held again.

Tim thanked the organisers, especially Don and Jean Paviour-Smith, for all the work they put into the event. “Everybody had so much fun and it was great to see so many residents and staff from both villages involved. Your efforts have placed this fun day as a “must do” annual event for our Central Coast Villages.”

Tim said May was the perfect time of the year to hold the event and that Davistown RSL Bowls was a great venue. “What can I say about residents’ skills at this event – they never cease to amaze me. Everyone is willing to `have a go’ and have some fun. Age is no barrier.”

Colin Beveridge, Chairperson of Alloura Waters, said it was a wonderful day played in great spirit. “It was great to accept with humility, the very handsome trophy which we hope to defend for many years to come. On behalf of all Alloura Waters participants we thank Living Choice for the initiative in promoting such a successful event.”

His sentiments were echoed by Richard Whelpdale, Broadwater Court bowls convenor. “What a fabulous day at the Davo – sunshine, fresh air, exercise, laughter and frivolity. Burgers cooked to perfection and prizes galore! Alloura Waters won the inaugural event but, in the words of Colin Beveridge, we are all winners and grinners after such a wonderful day. A sincere thank-you to Living Choice and the Davo Bowls Club for hosting the event and we look forward to an opportunity to level the score in 2019.”