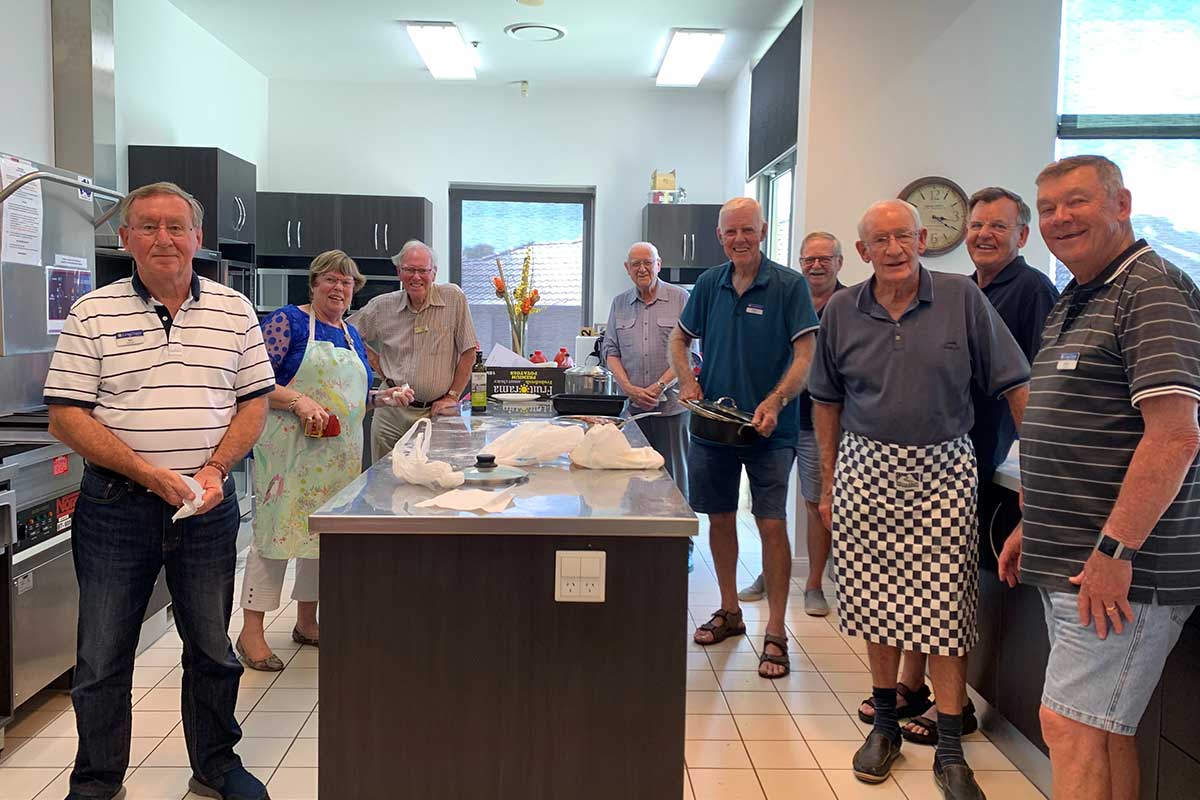 Lesley Martin loves to cook, but more than that, she loves to share her enjoyment of good food.

Before long, Lesley’s reputation as a great cook caught the attention of Gail Eyres, Regional Manager NSW, which has opened up a wonderful opportunity for many of the male residents.

“Gail approached me to see if I would run some cooking classes for the men so someone must have told her I love cooking!” said Lesley.

Lesley took to the role like a duck to water and is currently taking her fourth cooking group, with each group running for eight weeks and comprising of five to six students.

The last week of class is extra special as it is an opportunity for the men to show off their new talent to a significant other.

“In week eight the men invite someone to dinner, usually their wife or partner, and the cooks meet earlier in the afternoon to prepare a three-course meal for them,” said Lesley.

“We cook for around 18 people and the men set the table and serve the whole meal, as well as clean up afterwards – it’s a wonderful night.”

Lesley says the best part of the cooking lessons is not only that her students learn new skills, but that they have so much fun in the process.

“There is a lot of laughter during the class, it’s very light-hearted. I think it has got to be fun for the men to want to come back each week,” said Lesley.

John Palmer, one of Lesley’s current students could not agree more.

“Apart from learning new recipes and the great advice from Lesley, the best thing has been the companionship of the other men in the group,” said John.

“I lost my wife in February this year and I realised I needed to create more connections within the community here. My wife did most of the cooking, I was more the assistant cook, so now I am the chief cook! My favourite recipe so far is the lamb chop casserole, and because the meals we cook tend to be rather large, I freeze some for another day.”

Leslie can also confirm that it is not just the men who appreciate their newfound skill and enjoyment of cooking.

“The other day I was passing one of the wives in the corridor and she mouthed to me ‘thank you’. It was very funny because her husband now cooks her dinner every Monday night. Also, I often get photos of the dinners the men have cooked, and sometimes there are even candles on the table!”

When asked why she thinks so many men are taking up the cooking classes, Leslie said she believes there are several reasons.

“Now that the men have retired, I think they have more time and more opportunity to cook.  I also think in retirement people start to open up to new ways of doing things. At the village, many couples are busy with different activities on different days, for example, one of the wives has bowls every Thursday, so while she is out her husband cooks dinner for the night – it just works – but there are lots of reasons.”

All the cooking classes are free and Lesley volunteers her time. The men bring their own utensils and prepare for the class by shopping for the ingredients, which is also an important part of the cooking process.

“I think it is really important, no matter your age, to know how to cook and to eat really good, freshly prepared food.” 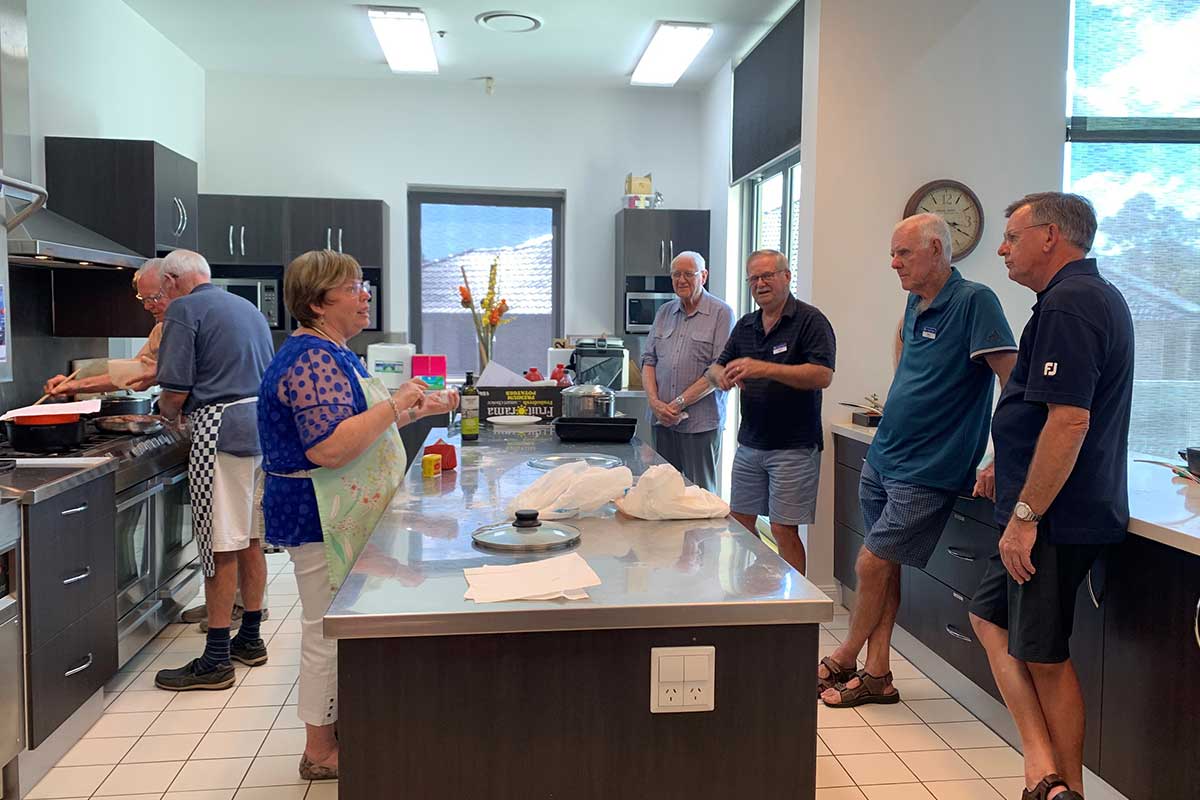