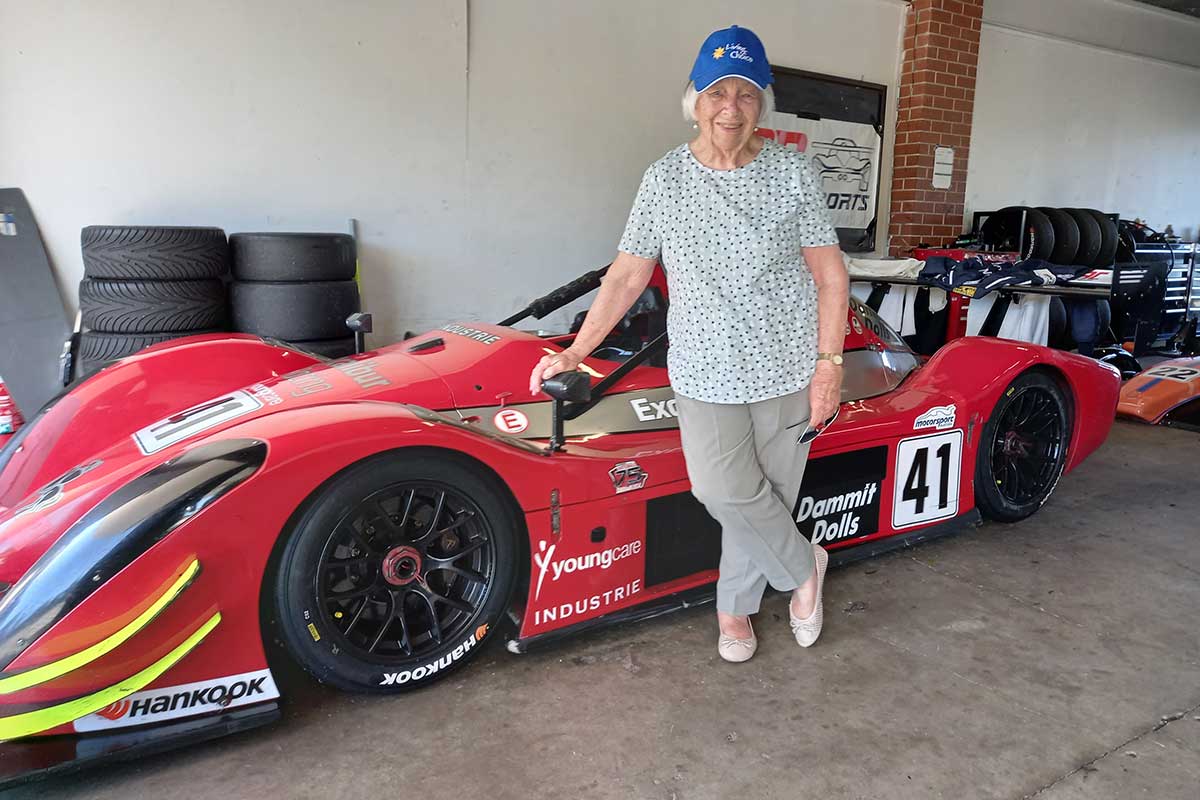 Life in the fast lane at Glenhaven

It was a bit of good-spirited fun inspired by the article, but everyone was impressed with the high-performance sports car which June revealed Neale had driven to win first place at Eastern Creek Raceway that week (and had placed 2nd at Bathurst Raceway the week before in an equally impressive Mercedes he was asked to drive).

However, June is no stranger to the racetrack and has been watching her son race for years, but she admits it still makes her a little nervous watching him drive so fast.

“At first I get a bit apprehensive, and you think the worst, but then everything is fine,” said June.

It turns out though, that there was more danger off the track than on the track for her son this year. While racing overseas Neale was travelling from Dubai to Abu Dhabi when he tested positive for COVID-19.

“He tested positive and had to self-isolate in a hotel, but then a couple of days later during quarantine he tested negative, so it was a bit confusing, but he was OK so that was the main thing,” said June.

Neale is now safely back in Australia and on a winning streak, and June has put her racing car modelling days behind her and has happily gone back to enjoying her aquarobics and bowls.