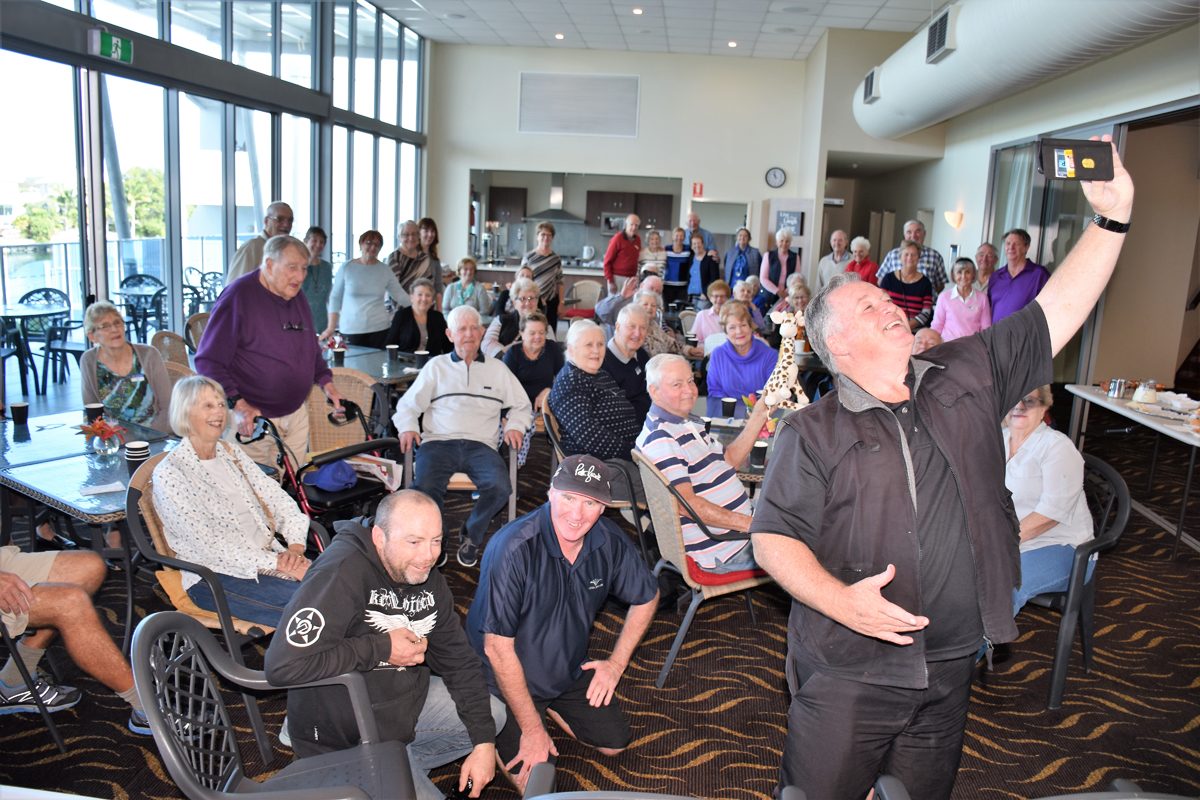 Generous residents from Living Choice Twin Waters and Kawana Island have once again donated a mountain of warm clothing, blankets and food to The Shack Community Centre in Nambour.

The centre, which was established in 2002, is run by Pastor Dale and Donna Dowler and a committed group of volunteers who have given their time and resources to help thousands of people over the years.

Living Choice residents have supported the centre since April 2017 when Twin Waters residents and management donated kitchen equipment to the centre, including a large oven. Pastor Dowler said the oven was being put to good use and hundreds of meals had been delivered to those in need, including on Christmas day.

In July last year, residents Ian and Maree Lawson had the idea of collecting clothes, bedding and non-perishable food and invited fellow residents at both Twin Waters and Kawana Island to donate any unwanted items. A collection was held again this year and residents from both villages once again gave generously. Living Choice also donated some raffle prizes, which raised $530.

Pastor Dowler was delighted to receive the goods at a Morning Tea held at the leisure centre on 23rd June and took the opportunity to take a “giant selfie” with the residents and the centre’s mascot, Gerry the jolly giraffe.

The Shack is always looking for donations. For more details, see http://www.theshacknambour.org.au/ or phone Pastor Dowler at 0402 204 961. 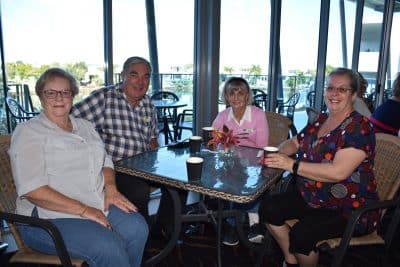 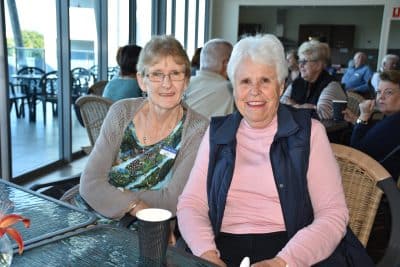 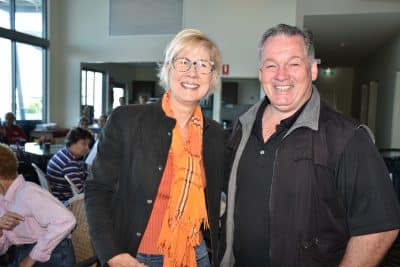 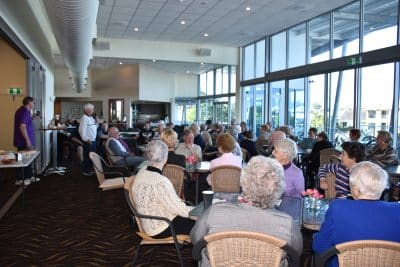 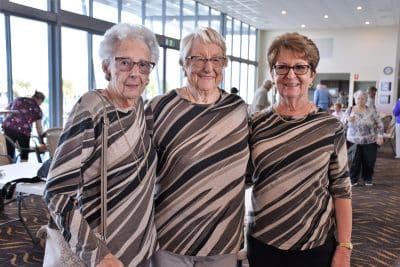 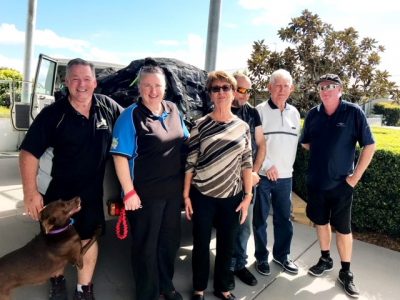 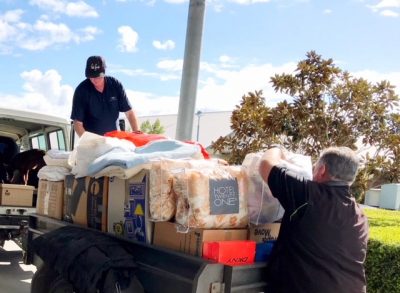 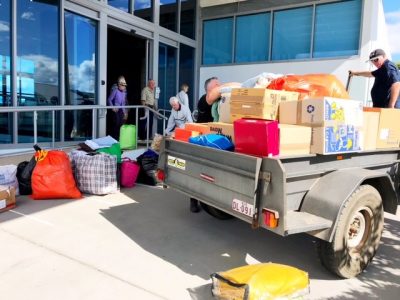