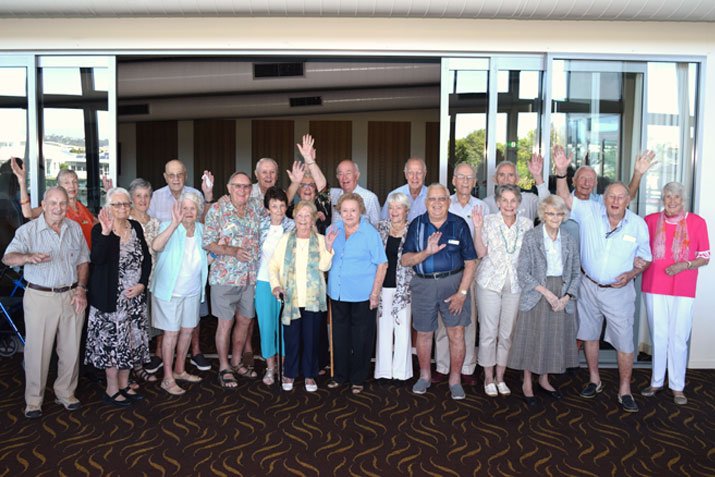 One of the rewarding aspects of living in a retirement village is the care and respect shown by younger residents to older residents, many of whom moved into the village more than 10 years ago. At Living Choice Twin Waters, the average age at entry is 68 however the average age of residents is 76 as there are residents aged from 55 to 96.

Using funds from the residents’ SOKI Fund (Spending Our Kids’ Inheritance), residents Dorothy Blythe and Thelma Richardson decided to host a special Morning Tea for all those aged 85+. The first Living Treasures Morning Tea in 2016 was a huge success and became an annual event with the second Living Treasures get-together being held on Tuesday 11th April. Apart from the resident helpers, all of the guests were aged over 85 and some were over 90, however their enthusiasm and energy certainly belied their ages.

Currently, there are 218 residents at Twin Waters, including 80 couples and 58 singles. Females outnumber the males 126 to 92.

Living Choice salutes Dorothy, Thelma and their helpers for their wonderful community spirit – we are sure our older residents certainly feel treasured.