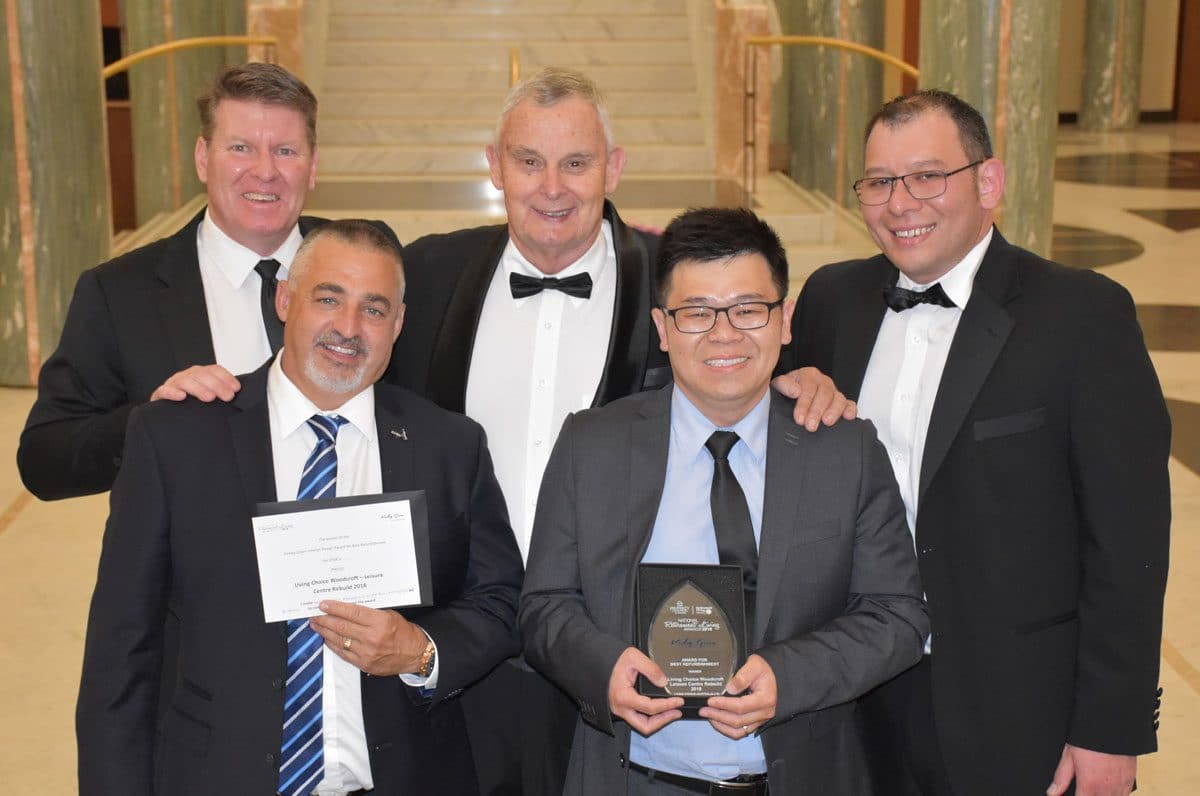 The person entrusted to build South Australia’s first fully integrated golf course/retirement community is an Adelaide born-and-bred, third generation builder with an impressive track record.
Rob Grech has been Living Choice’s SA Construction Manager for the last three years, overseeing the rapid expansion of villas and apartments at Living Choice Woodcroft. In addition, he supervised the construction of Woodcroft’s $7.5-million luxury leisure centre, which won the Property Council of Australia’s award for the country’s Best Retirement Living Refurbishment in November 2018.
The prestigious award was presented at Parliament House in Canberra and it was a very proud moment for Rob, Living Choice director Ian Tregoning, Head Designer Craig Eyles and architect, Andrew Hii.
Building is in Rob’s blood with both his grandfather and father being builders and carpenters. His youngest son, Mitchell, has also followed in his footsteps and will be joining his Dad at Living Choice Flagstaff Hill. Living Choice Flagstaff Hill clients and future residents will also meet Rob’s wife, Jen, who is Living Choice’s Construction Administrator.
Rob has a wealth of experience, having been a builder for 30 years, including 10 years as the Construction Supervisor for Rossdale Homes.
The Living Choice Flagstaff Hill site office is scheduled to open in mid-February or early March, following which the site and civil works for Stage 1 will commence. If there are no weather delays, it is hoped the first villa will be ready for occupation prior to Christmas. 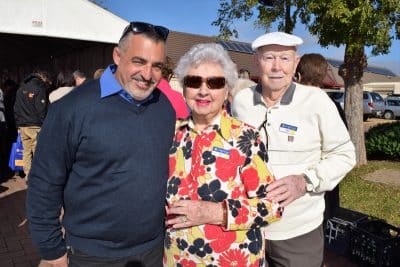 Rob with residents at a Living Choice Open Day. 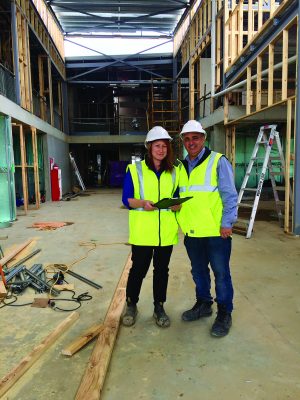 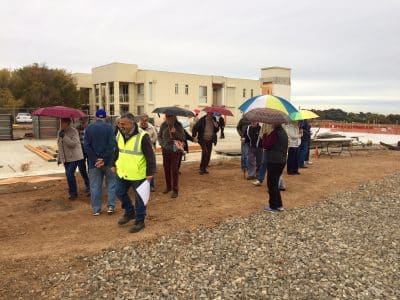