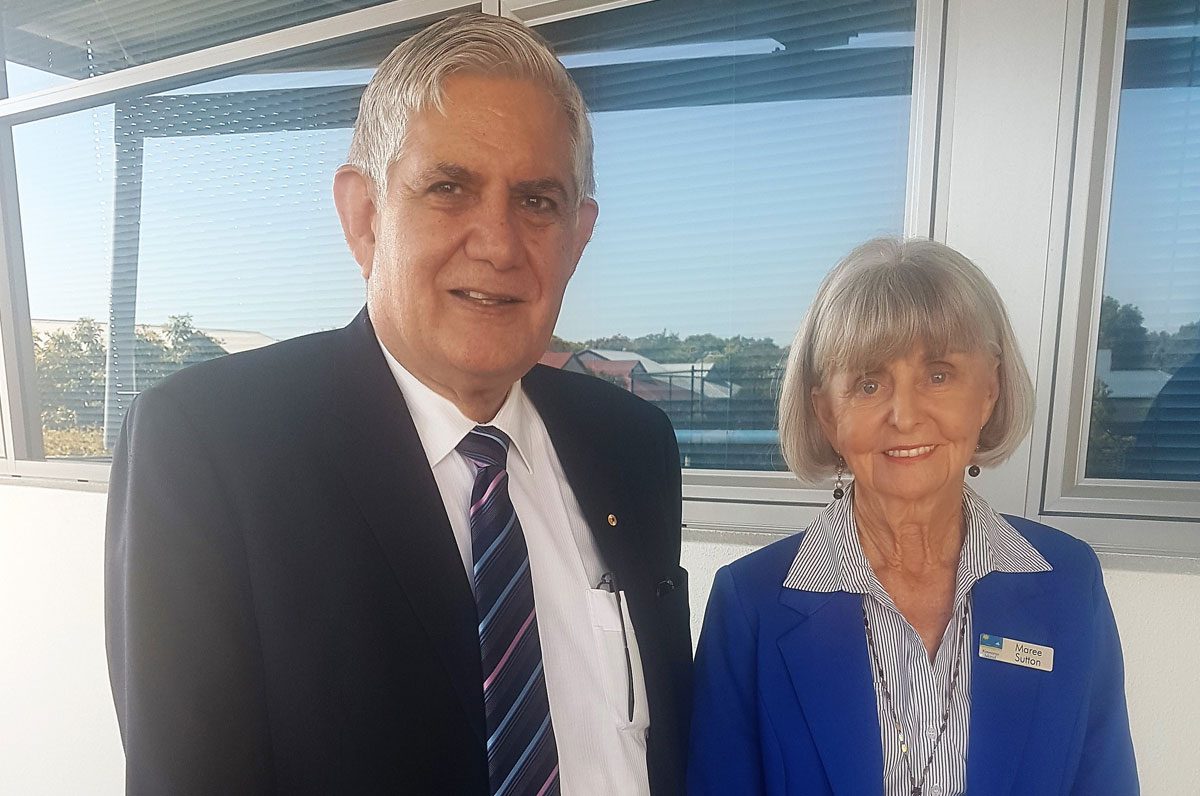 Kawana Island residents enjoyed morning tea with the Honourable Ken Wyatt, Minister for Aged Care and Andrew Wallace, Member for Fisher on Friday 17th August. They were welcomed to the village by village chairperson, Maree Sutton.

Andrew Wallace spoke first, outlining his focus on education, employment and retirement for the Sunshine Coast. He said his goal was to create opportunities so that children did not have to leave the coast to thrive.

Sporting some crutches as he was recovering from knee surgery, Minister Ken Wyatt expressed his desire to serve the public and make real improvements in his portfolio of aged care.

He spoke of a future where science would be able to considerably slow or stop ageing all together. “As we continue to live longer and the size of our older population grows, a key issue is providing choices as we age and maintaining social engagement.”

He said suicide rates were the highest in men over 65 and funding for mental health continued to be on his agenda. “Men’s Sheds fill an important gap for men retiring from the workforce who frequently lose professional connections. Initiatives such as walking soccer or touch footy can also provide an avenue for connection that is crucial for well-being,” he said.

During question time several residents raised concerns about long waiting times to receive an ACAT assessment. The minister noted he was aware that Qld and Victoria indeed did have unacceptable waiting times compared with other states that averaged 14 days. It was an issue he had been monitoring and whilst there had been some improvements he was looking at ways to improve the ACAT scheduling in Queensland and Victoria.

A big thank-you to Living Choice helpers, Victoria Hoggan, Helen and Rob Chalk and Bob Hart for their assistance with the event. 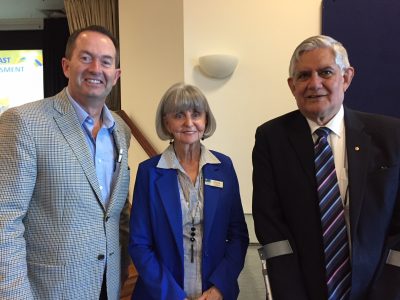 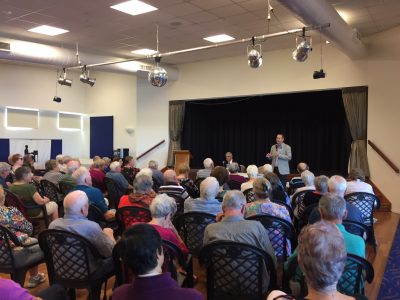 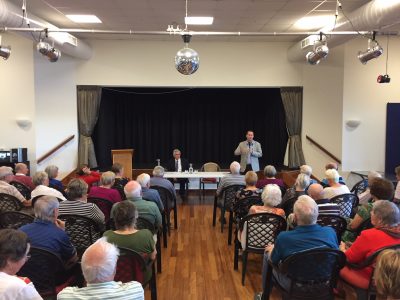 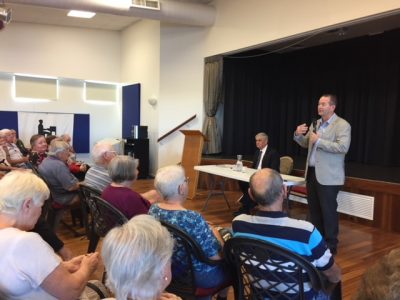