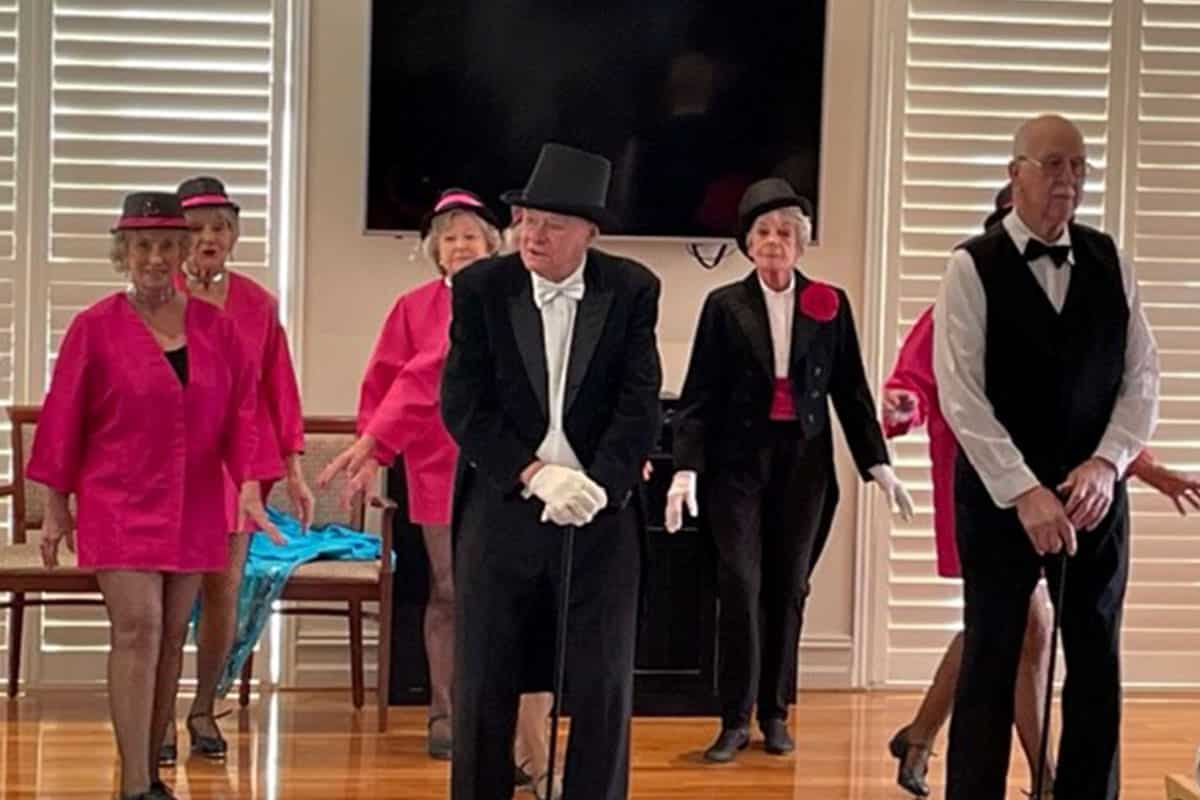 The Gosford Musical Society Minstrels put on a concert performance for residents of Living Choice Deepwater Court on Thursday 23 June.

The Minstrels are a group of dedicated performers who love to entertain on a regular basis and come complete with costumes, comedy and popular musical numbers.

A few of the residents of Deepwater Court were raising funds for Children’s Cancer Institute and saw the Minstrels live. They loved them so much they decided to arrange their own show at the village.

With a full house, the Minstrels opened the show with hit song There’s No Business Like Show Business and continued with various numbers from South Pacific, Mary Poppins, and included Nobody Loves a Fairy When She’s 40.

Resident and organiser, Thea Brayshaw said, “It was a lovely afternoon and everyone enjoyed it. The performers are in the 70s, 80s and 90s. There is one dear lady, we saw her at East Gosford. She’s about 90 and she came out as the Fairy – complete with tutu and wand. She changed the lyrics of Nobody Loves a Fairy When She’s 40 to 50! She’s just beautiful. She was on her feet, but also used a walker.”

The cast stayed for afternoon tea afterwards and it was a pleasant surprise to see the Fairy won the lucky door prize!

The residents were gushing about how much they loved the show for days after. If you’d like to arrange your own show, please contact Colleen Bracher of Gosford Musical Society on 02 4341 4210. 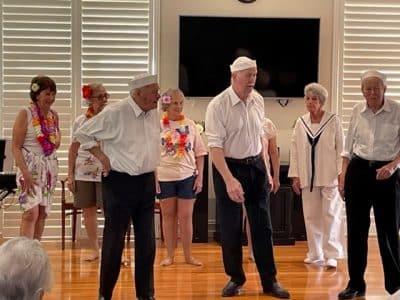 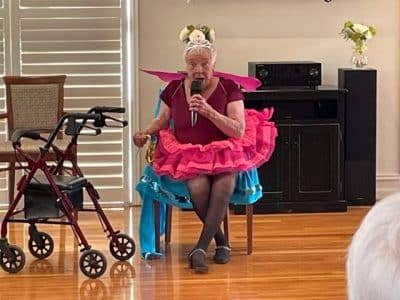 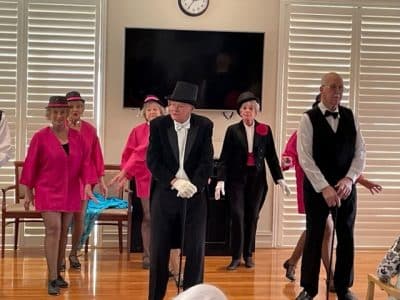 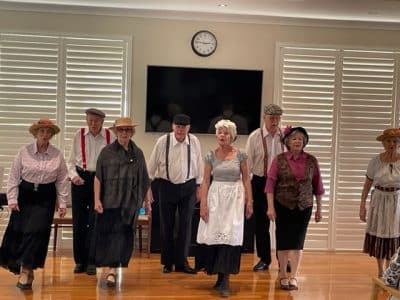 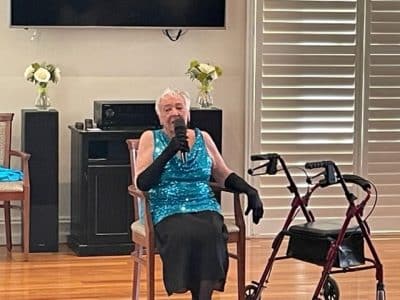 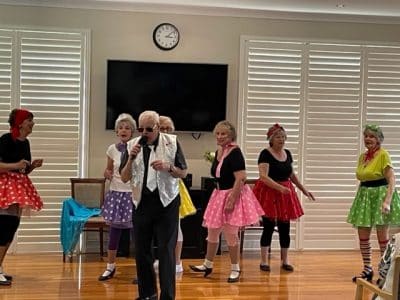 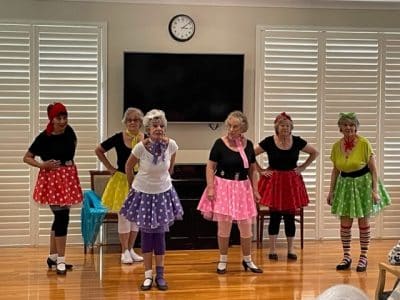 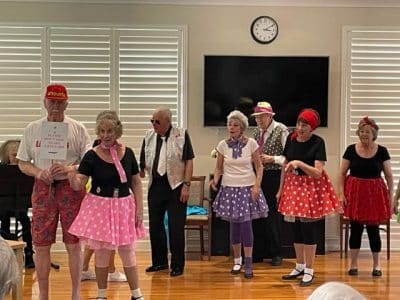 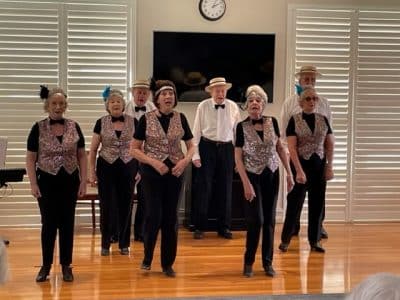 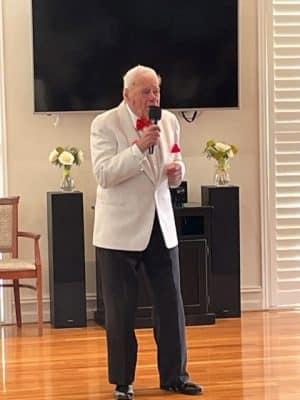 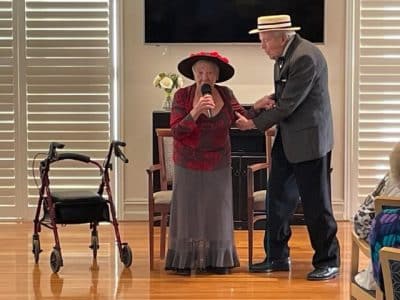 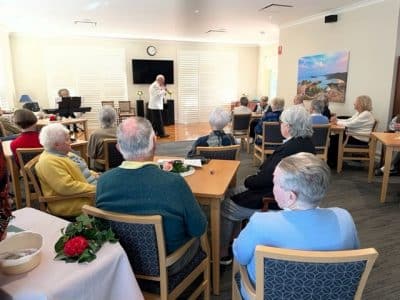 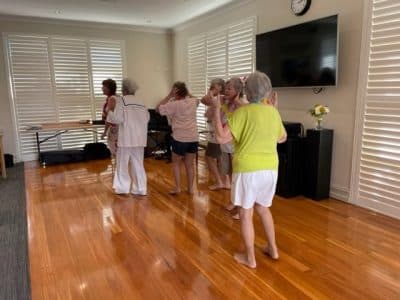 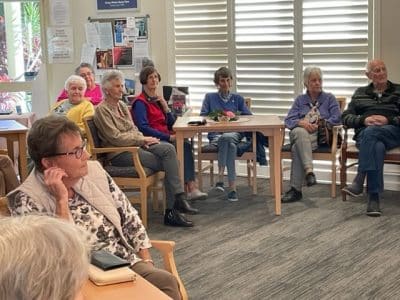 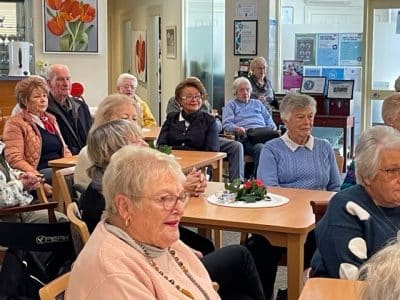 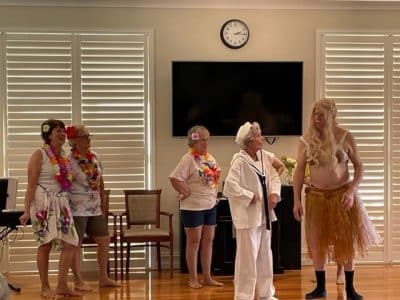