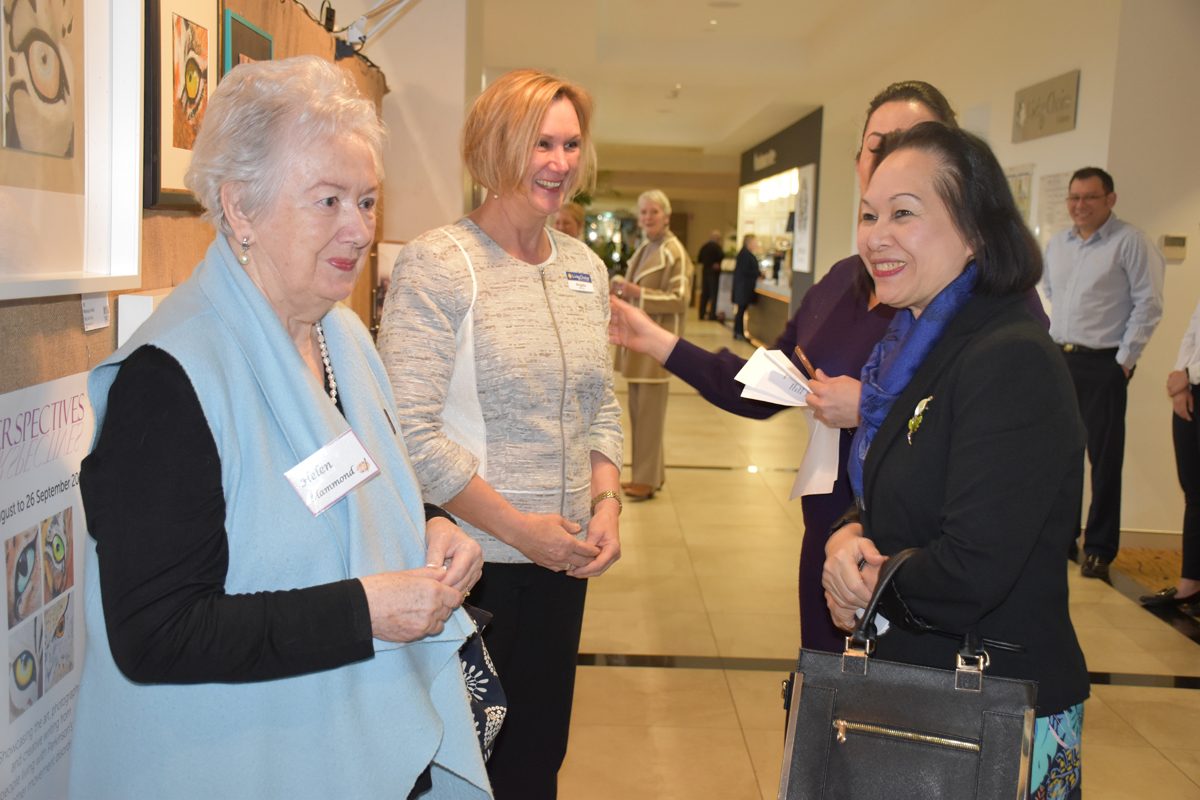 Just a few days after the Art@123 Fisher exhibition ended at Living Choice Fullarton, another fabulous exhibition has opened, cementing the retirement resort’s reputation as a sought-after Adelaide art space.

Perspectives is an exceptional exhibition arranged by Parkinson’s SA which showcases the art, photography and creative writing of 47 people living with Parkinson’s or another movement disorder, plus 7 family carers. It was opened by Mrs Lan Le, wife of South Australia’s Governor, His Excellency the Honourable Hieu Van Le AC, and will run until 26th September.

Over the years, Mrs Le has taken a close interest in the work of Parkinson’s SA and said she was very proud to support its work. “Last year, I attended a Brushlines Art Group’s class run by Parkinson’s SA and had a lot of fun painting some sneakers,” she said.

She congratulated the artists, photographers and creative writers for their outstanding work on display and urged everyone to support the exhibition.

Following the official opening, Beth Manoel read two moving poems, named B1 and B2, which illustrated the ‘Jekyll and Hyde’ situation that many people with Parkinson’s have to live with each day. Talented pianist Margaret Minney also entertained the guests before everyone enjoyed Morning Tea sponsored by resident Helen Hammond.

Located at 23A King William Road, Unley, Parkinson’s SA was established in 1983 to provide support to people living with Parkinson’s disease or other movement disorders. It provides a range of services as well as group activities, such as the Brushlines Art Group and Parkinson’s SA Photography Group, which is always seeking funding. To find out more, see www.parkinsonssa.org.au 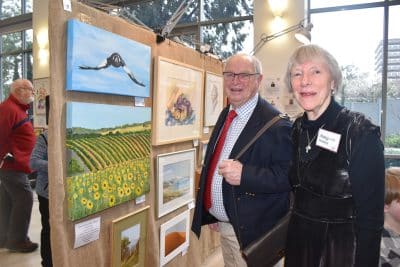 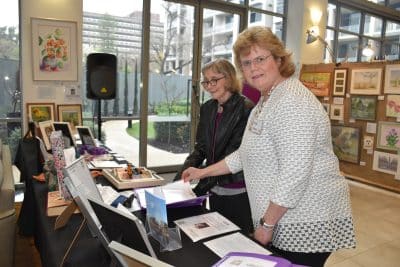 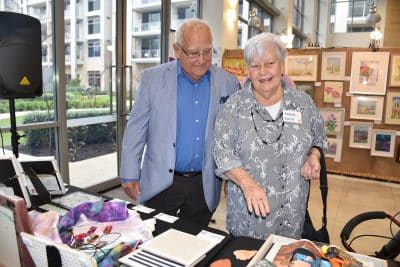 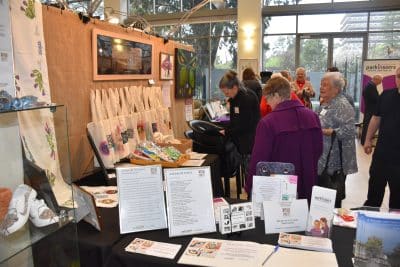 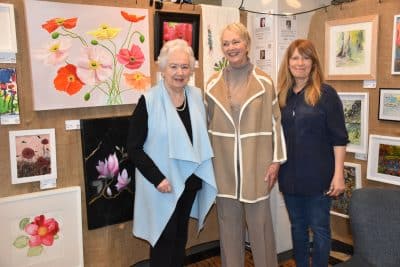 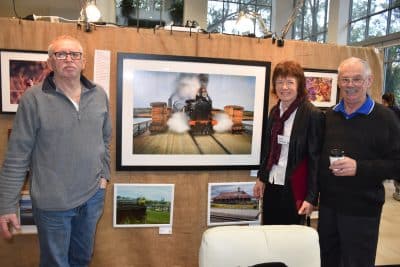 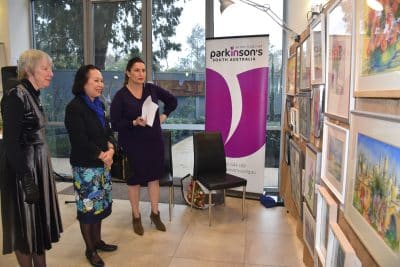 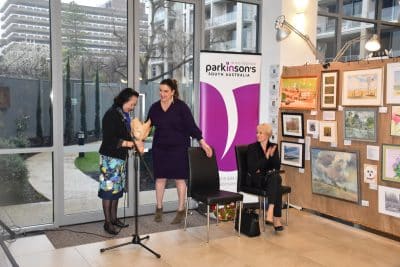 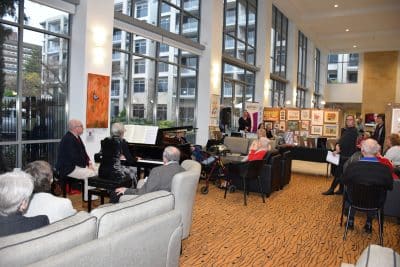