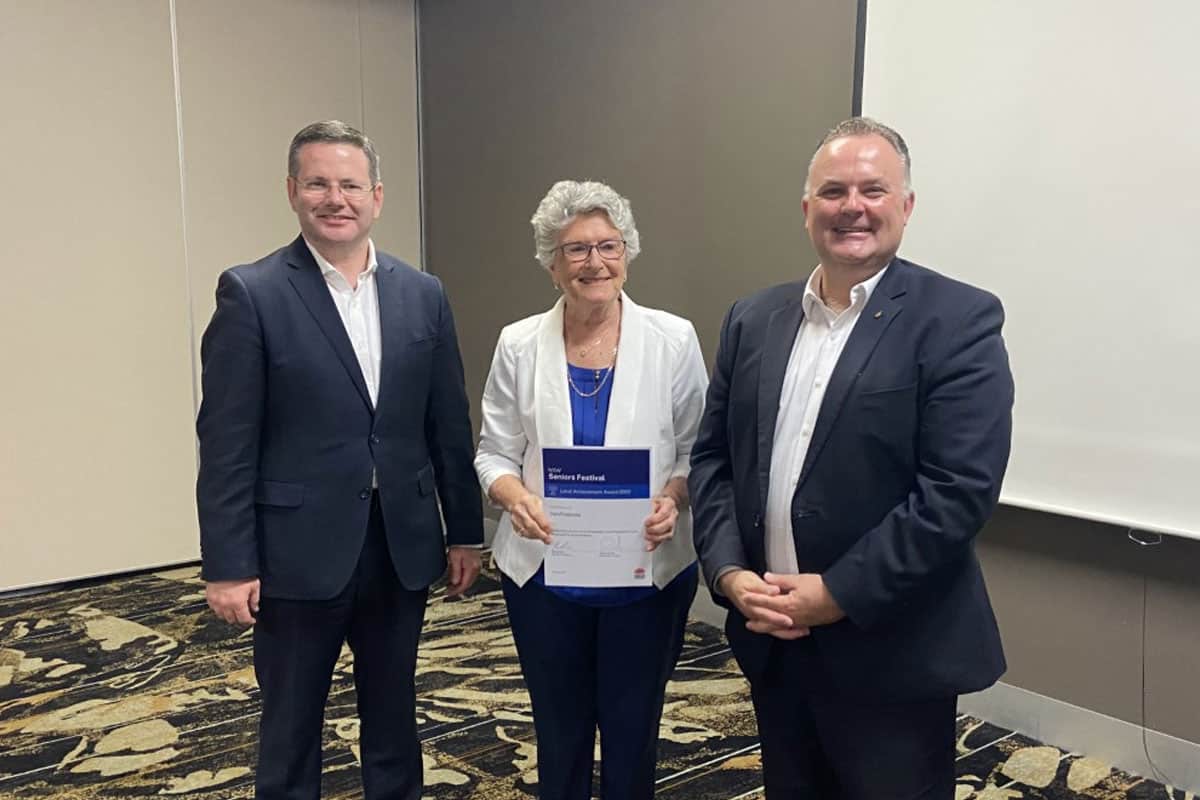 Del was awarded a certificate for outstanding services to the Broadwater Court Residents’ Forum at the Breakers Club in early April.

Del is incredibly humble and feels rather embarrassed about the fuss that has been made with the award. Del said, “I don’t do it for reward, but as a service to fellow residents. I love what I’m doing, and I’ve been doing it for so long that it’s not a burden and feels second nature. I turn up, I talk, and I type.”

There are various other interests that occupy Del’s time: Seniors group – she is on the committee there too – church group, crafts, knitting, jigsaw, and reading.

Living Choice would like to extend our congratulations to you, Del. It’s lovely to see your work recognised and we offer our sincere gratitude for the many years of service at Broadwater Court.

Del is pictured receiving her certificate from The Hon Mark Coure, Minister for Multiculturism & Seniors, and the Hon Adam Crouch, Member for Terrigal.