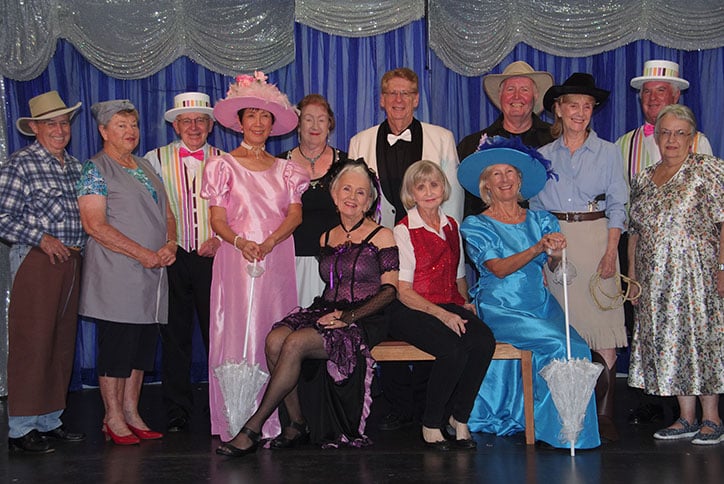 With thanks to Barry Legg for some of the photos.

Following a year of cancelled events and celebrations, Living Choice Kawana Island ended the year on a high with four standout performances by The Living Legends at the Old Time Music Hall concerts.

Produced by resident Maree Sutton, the concerts were held over three weeks to conform with the COVID-19 restrictions of 50 people per show. “We started rehearsing in February, aiming for a late May show, but had to cancel it in March, due to the pandemic,” said Maree. “We started and stopped again in August, then the cast had a meeting and we decided to be brave and hope the restrictions would ease by December. Luckily that proved to be the right decision,” she added.

This is the third Old Time Music Hall that Maree has produced for the village, having staged concerts in 2014 and 2016. The 2020 show had something for everyone, including songs to sing along to and plenty of saucy humour. The costumes and sets were outstanding too.

“I had a wonderful, hard-working cast, most of whom have never been on a stage before and we all had a heap of fun,” said Maree. “So many people in the village have contributed to the running of the show that it seems as if everyone has been involved in some way. Of course, I could not do it without the incredible support of my husband, John who somehow manages to turn my ideas for scenery into reality.”

Together, these talented residents brought joy and laughter to all who attended – it was a great way to end the year! 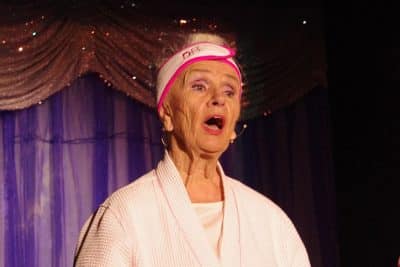 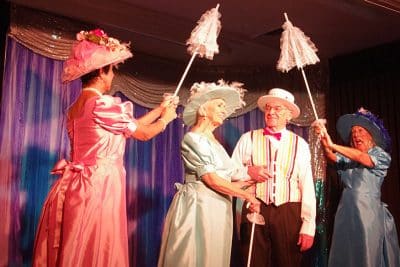 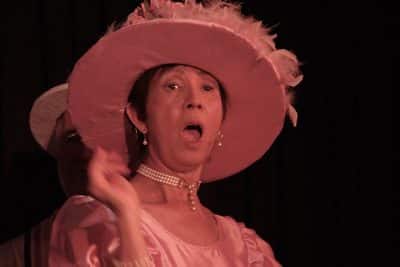 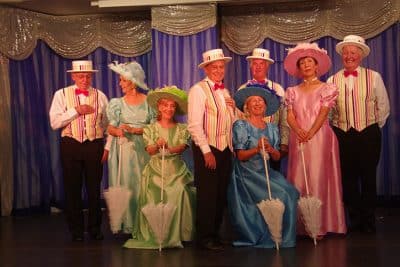 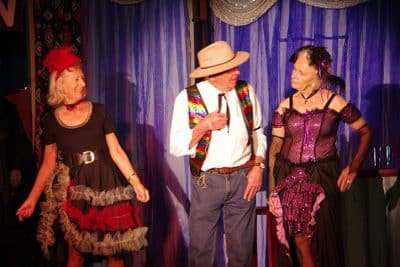 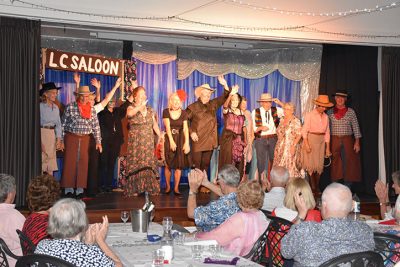 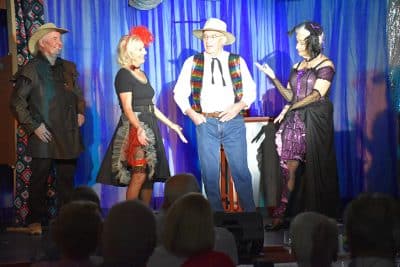 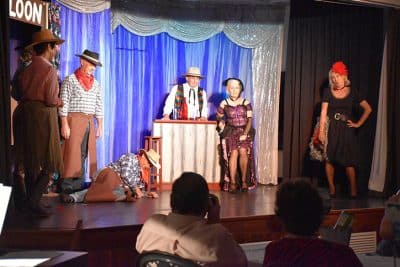 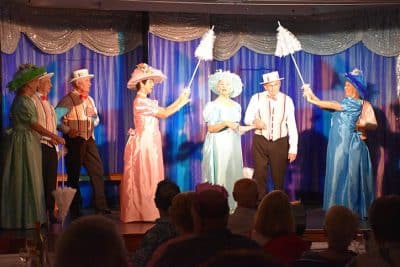 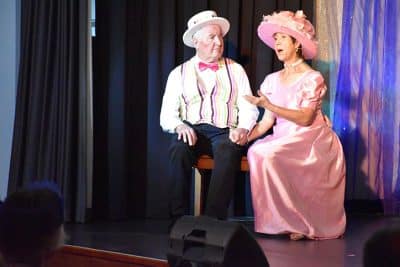 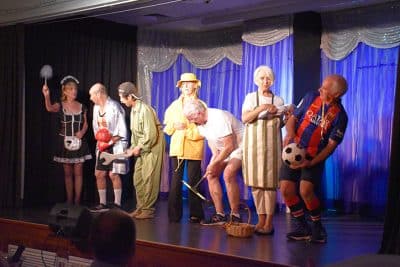 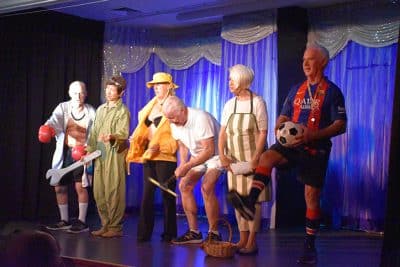 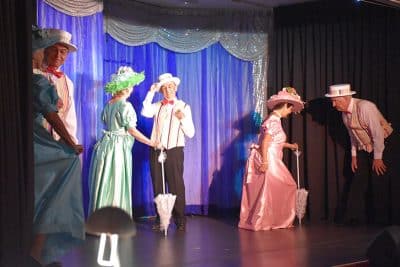 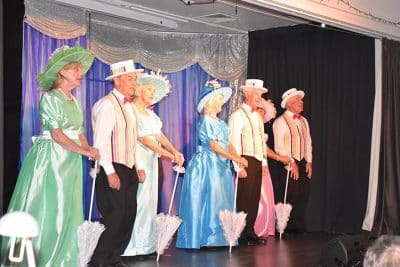 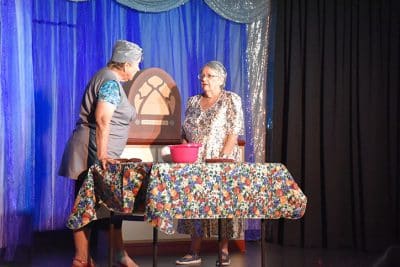 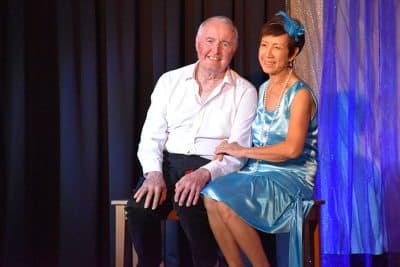 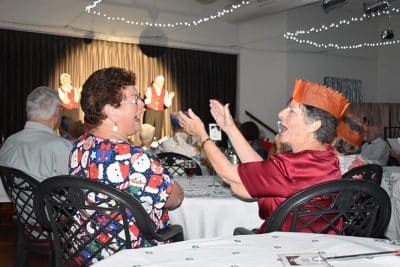 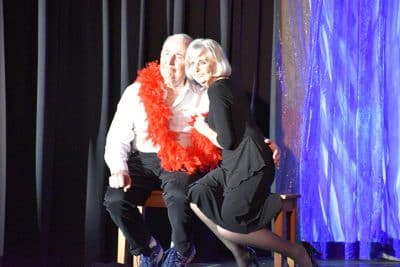 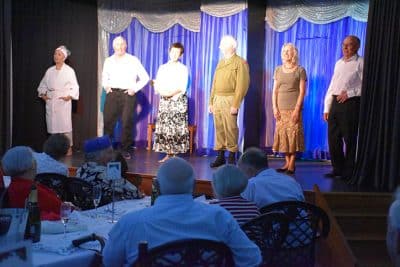 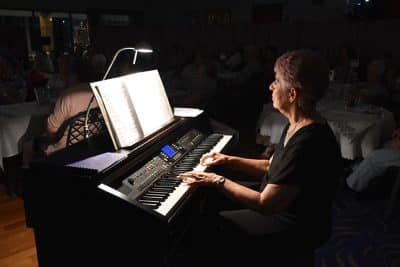 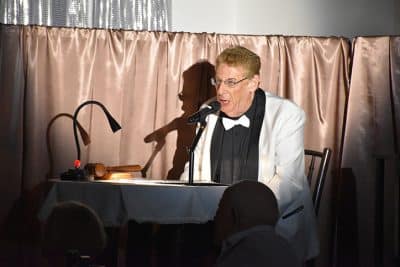 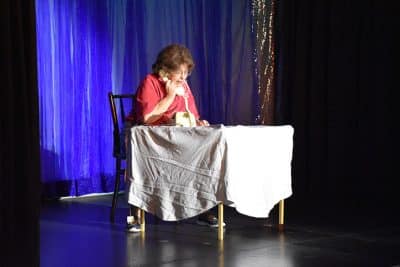 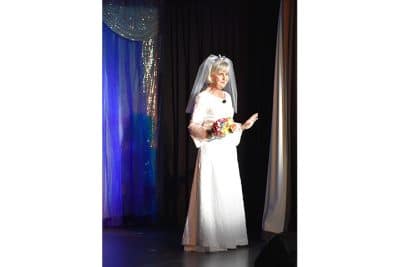 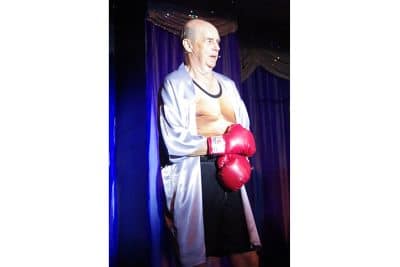