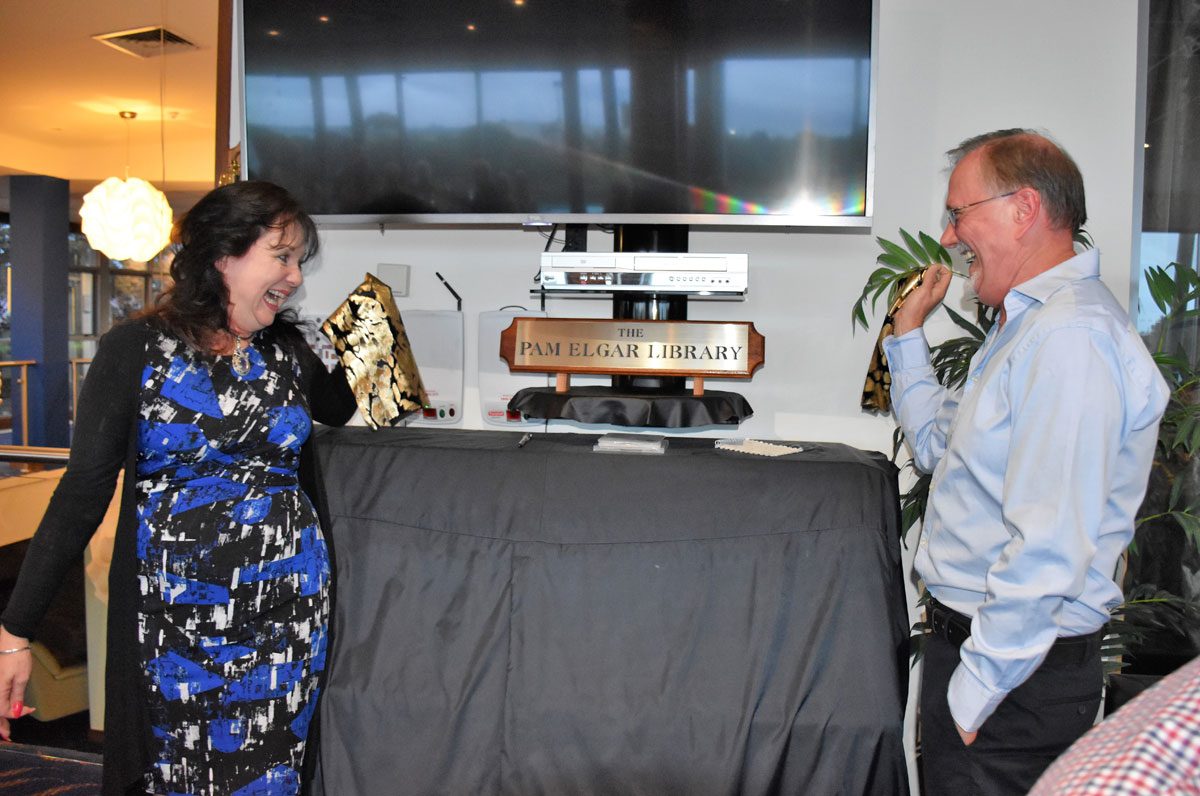 The library at Living Choice Kawana Island has been named `The Pam Elgar Library’ in honour of its long-time librarian who passed away in late November last year.

A beautiful plaque, handcrafted by resident John Sutton, was unveiled by Pam’s son, Richard and his wife, Lucy at the village’s happy hour on 2nd February. It will be affixed above the door to the library where Pam spent so many happy hours sorting and cataloguing books and DVDs.

Pam and her husband, Ronnie moved into their waterfront apartment at Kawana Island in August 2005, taking part in many activities at the village. Having enjoyed a colourful life in Kenya, she was a sought after speaker at the village’s “Meet & Speak” sessions. She loved going to the movies, was an avid sports fan and often travelled to Brisbane with other residents to see shows at the Queensland Theatre Club.

Pam and Ronnie were also champion swimmers and won many medals at the State and Australian Masters Swimming Championships.

Pam loved reading and after just a few months at the village she looked after the library which today, houses hundreds of books, all neatly classified and labelled. Her long-time friend, Jenny Wood, said she would see Pam going to the library each day with a trolley load of books and she would also drive to Lifeline to donate books that were not needed.

“Pam was a constant presence in the library; we are so happy to remember her with this new plaque. For her extreme dedication and the care of our very well-equipped library, we can all be everlastingly grateful. Thank you Pam.”

At the plaque unveiling, fellow resident Margaret Briggs, who moved into the village in 2013, also read  a poem she had written about Pam. You can read the poem here. 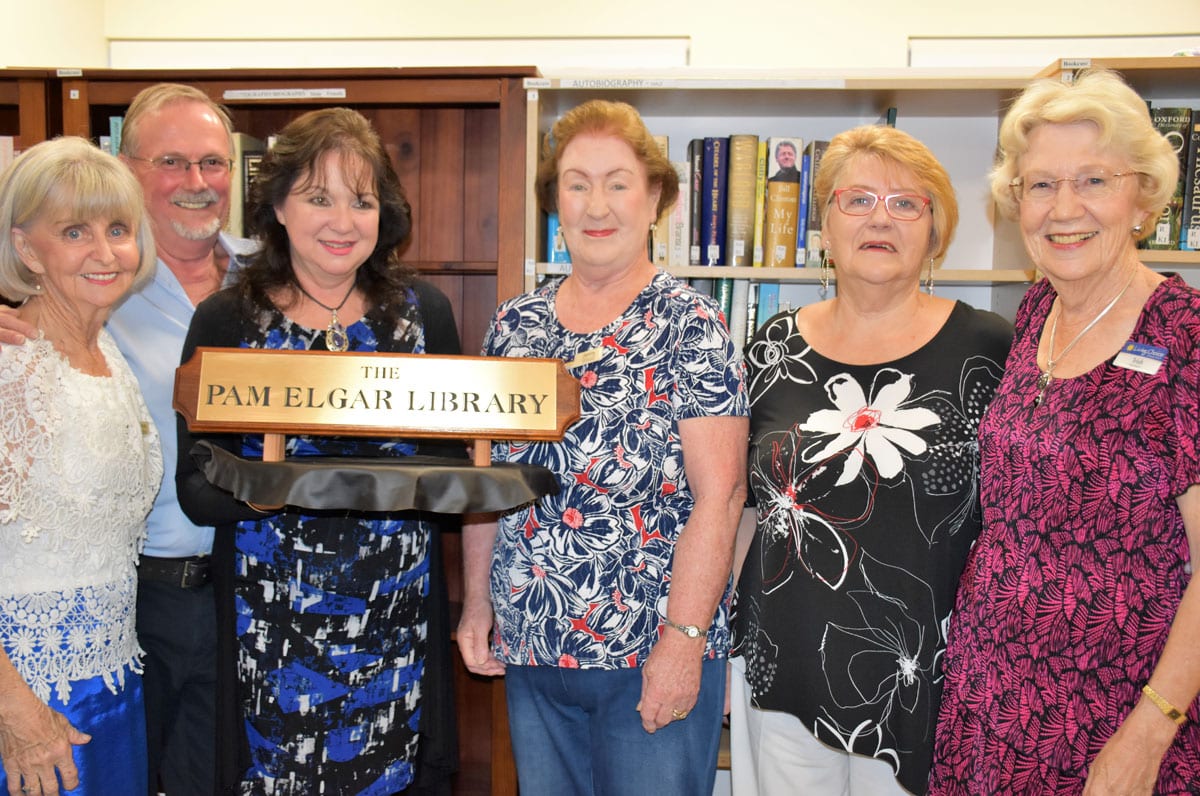 When Pam became a friend of mine,

It became as clear as clear can be

That we would have such stories to tell;

She opened up my eyes to see

The places and the countries she’d been,

We shared the joy that travels bring

And laughed a lot at things we’d seen.

We both had families (quite a large size)

And looked at photos with so much pride;

She was a doer and never held back

In having a go (could never call her slack);

She called herself an Aussie

And she just loved this place

The water and the people and oh, so much space.

How lucky am I she said to me

What an amazing life I’ve seen and being so free,

And such a long life I can hardly believe;

She was at peace here in this place

It was love and harmony and grace (in the end).

And then of course last but not least

The library that gave her all that she was;

She did it well, it was her pride and joy

And here we all are to answer the call

To celebrate the library in her name

What more could she ask in her moment of fame.