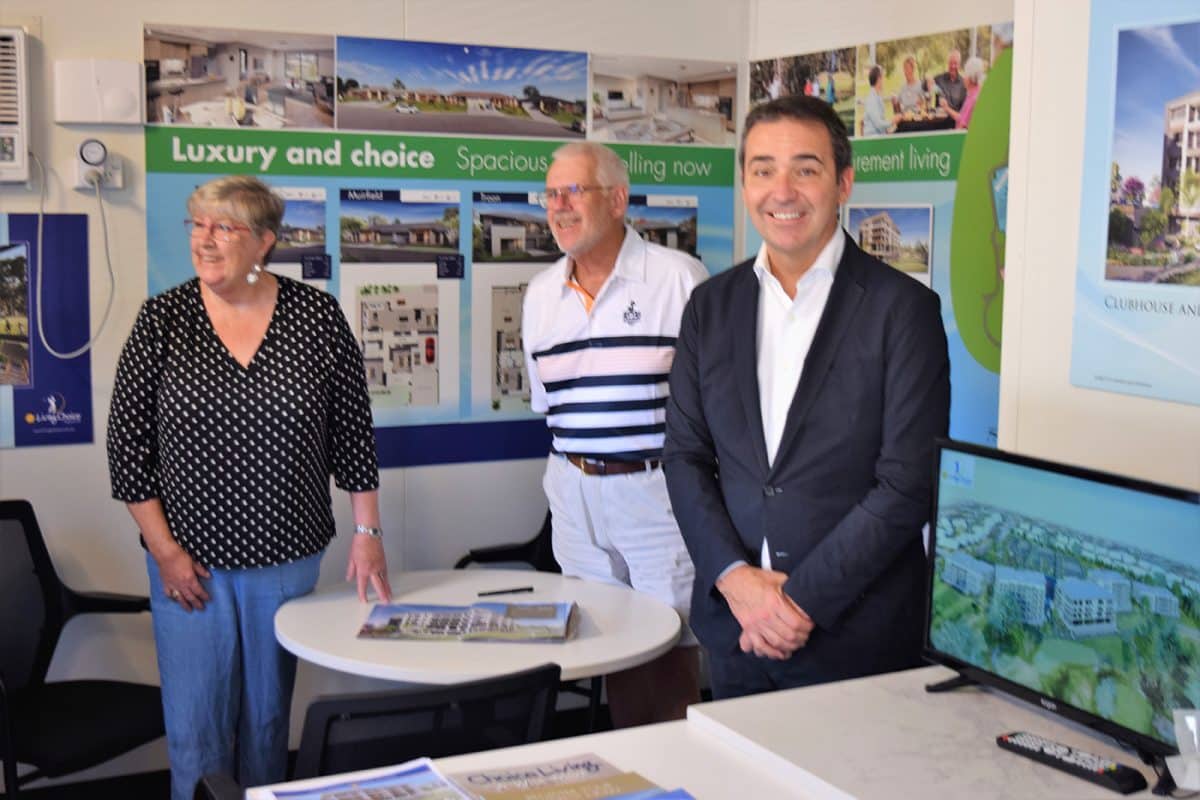 It’s not often that a State Premier pops in to a village sales office to get information but that’s what happened at the Living Choice Flagstaff Hill on-site sales office recently.

South Australia’s Premier Steven Marshall was on a “meet and greet” tour of the Flagstaff Hill area with State Member for Davenport, Steve Murray and Federal Liberal Candidate for Kingston, Laura Curran. They had visited the Flagstaff Hill Shopping centre across the road and then proceeded to the Flagstaff Hill Golf Club where they met club captain, Paul Shillabeer.

According to an excited Geoff, the Premier was “absolutely impressed”. “We showed him the fly-through on the television and I told him I had been living in the area for 44 years and was a volunteer and Life Member at the club,” said Geoff.

“I told him all about the advantages of living at a Living Choice village, how we were going to get a 5-star clubhouse and how great it would be for local businesses. He said he may have to take up golf and our president replied that he could arrange that!”

Jason said it was a great honour to have the Premier visit. “Steve Murray MP was also very helpful in assisting the club to obtain a Revocation of Open Space Proclamation on a portion of the club’s land and this has assisted the club to plan confidently for the future.” 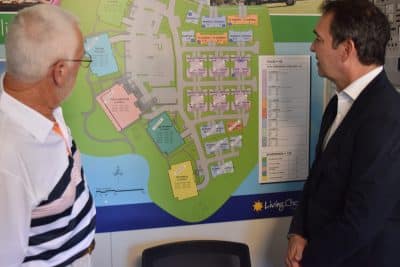 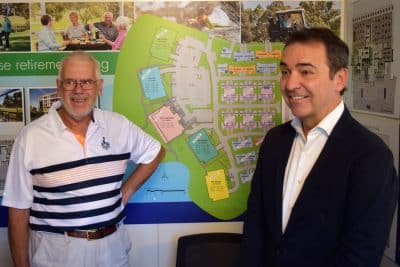 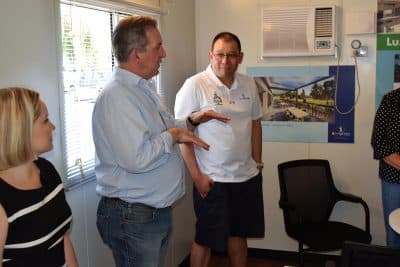 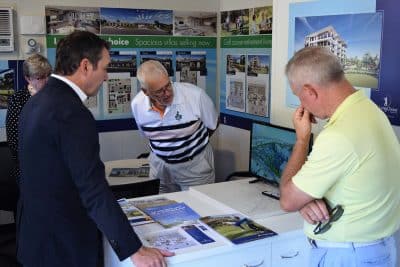 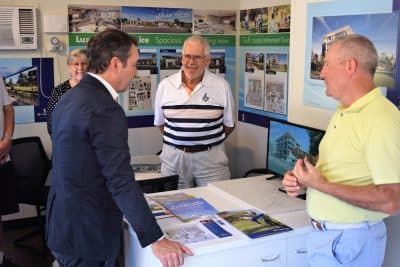