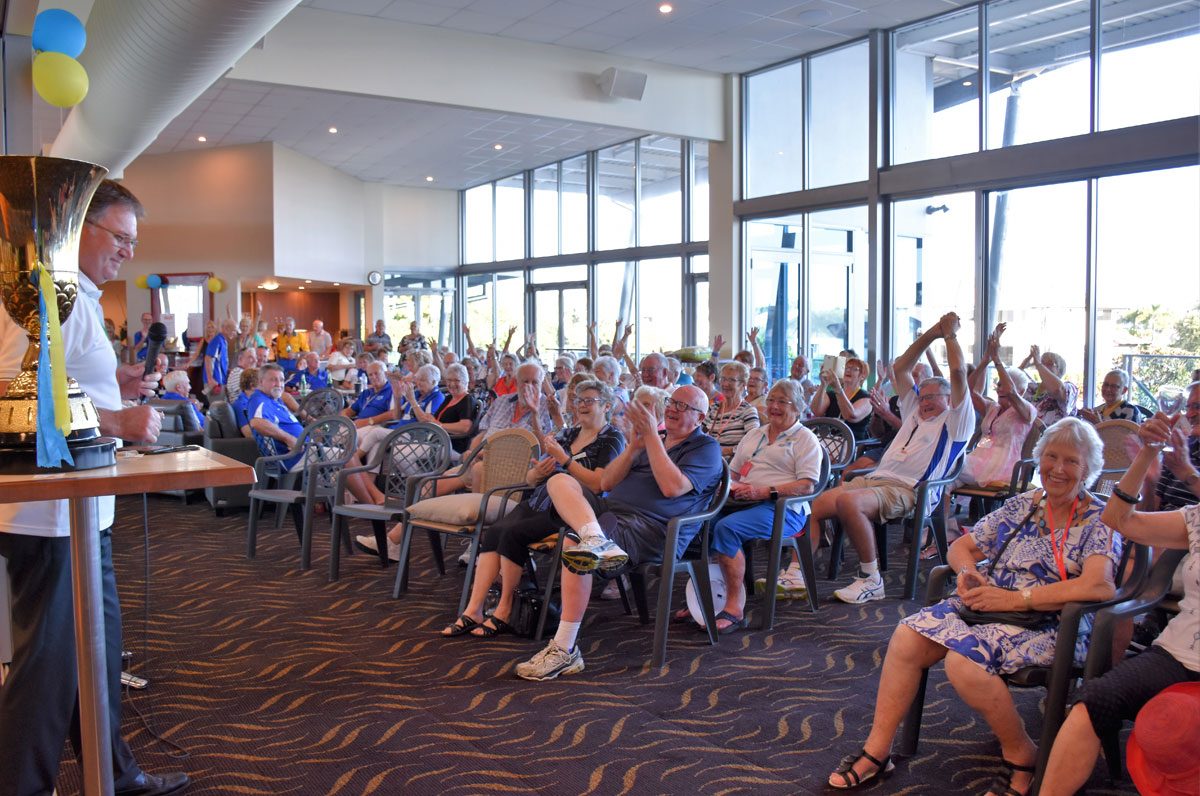 Residents ‘have a go’ at Inter-Village Games

More than 220 residents took part in the Inter-Village Games between Living Choice Twin Waters and Living Choice Kawana Island on 15th and 16th March and, although there was plenty of friendly rivalry for the Directors’ Cup, the focus was firmly on “having a go and having some fun”.

First held on the Sunshine Coast in 2013, the inaugural Directors’ Cup was won by Kawana Island, followed by Twin Waters in 2015. Twin Waters managed to keep the cup again this year however the big winner on the day was the camaraderie between the residents from both villages and the opportunity to engage with staff members in a fun, relaxing way.

Epitomising the spirit of the games was Peter Mochrie, who is blind, taking part in the horseshoe chucking with plenty of enthusiastic guidance from fellow residents. Or another 80+ resident who tried darts for the first time and was so excited to win points for her village. Truly inspiring!

There was also plenty to eat and drink, with Afternoon Tea provided on the first day and Morning Tea, a BBQ lunch and drinks and snacks served on the second day.

Take a bow, chief coordinator Ian Lawson and his many helpers from Twin Waters, including Frank and Thelma Richardson’s grandson, Billy and his friend Sam Webb, who are both visiting from the UK. Also, thank-you to Kawana Island’s Maree Sutton and her helpers – word is that Kawana Island is already practising to wrest the Cup back in 2020!