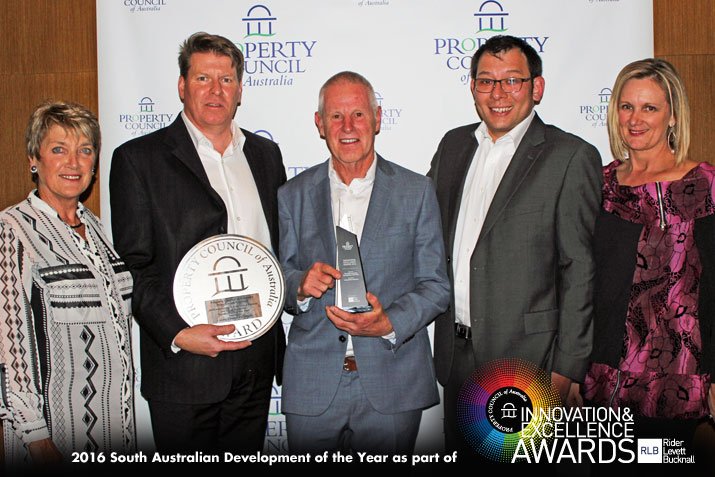 The Property Council of Australia / Rider Levett Bucknall Innovation and Excellence Awards is the pre-eminent property industry program in Australia.

“Much of its success is due to the seamless integration of public and private spaces, a restaurant and café, and seniors’ health and fitness hub, which are all open to the public.

Mr Gannon said Living Choice Fullarton was nominated by Living Choice, and fought off seven other state finalists to take this year’s crown.

“The annual awards program recognises excellence in the built environment and heralds the achievements of the sector’s finest professionals and companies,” he said.

“In great news for our local sector, eight superior South Australian developments have been recognised as finalists in this year’s national awards program.”

All South Australian finalists are competing for the industry’s most coveted prize – the Property Council of Australia / Rider Levett Bucknall Australian Development of the Year award.

Managing Director of Rider Levett Bucknall SA, Andrew Suttie, said that a total of 136 finalists across 18 categories are up for awards this year.

“We are proud to present these awards, which shine a spotlight on Australia’s largest industry – an industry that generates 1.1 million jobs, and contributes more to the national economy than the manufacturing and mining sectors combined,” said Mr Suttie.

Rider Levett Bucknall has partnered with the Property Council of Australia to present this awards program since 1982.