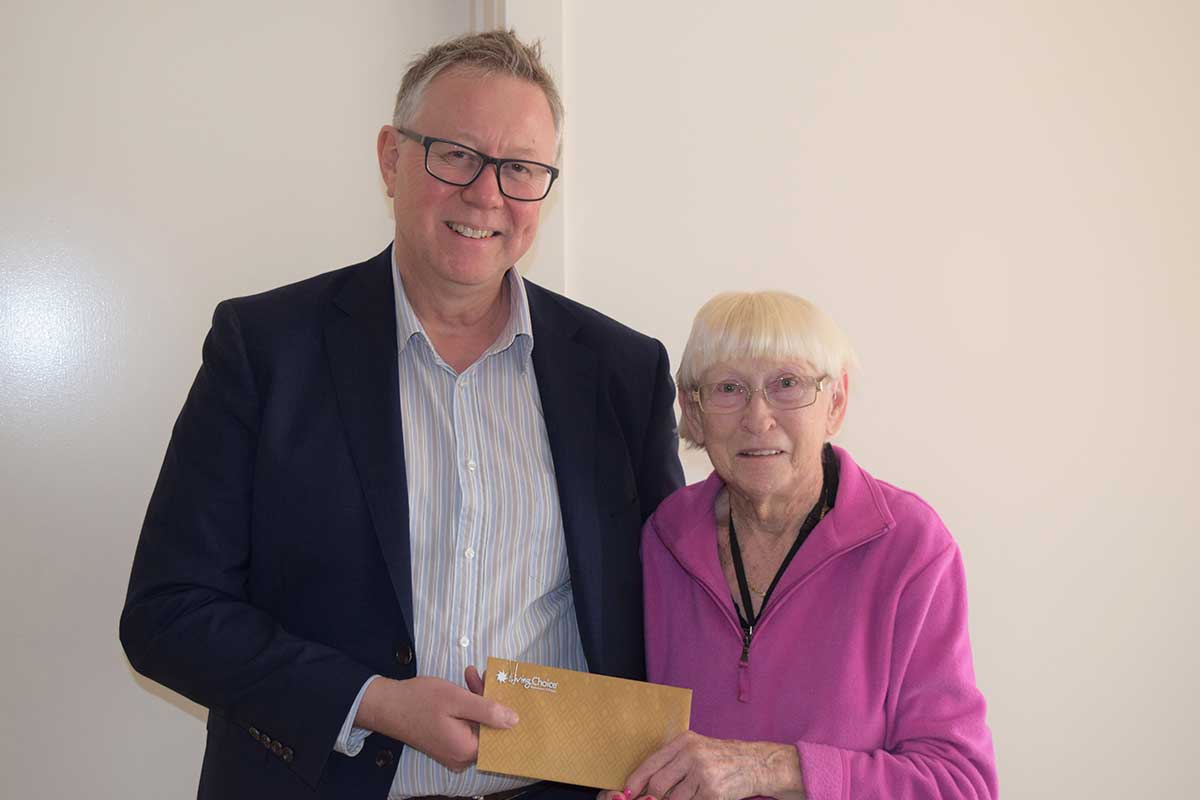 When David Brookman joined the Living Choice SA sales team on 19th April, he did not have far to drive to his new office at Living Choice Woodcroft. David has lived in Woodcroft for the past 30 years!

David has teamed up with Sales Manager Katherine Stacey, who has worked at Living Choice for many years, to sell homes at both Woodcroft and Flagstaff Hill. He will be based at Woodcroft Mondays to Thursdays and at Flagstaff Hill on Sundays. For David, joining Living Choice reflects his philosophy of “doing what is best and right for the client and helping them to make informed decisions about where they are going to live”.

David has plenty of sales experience, having worked in the property industry for 18 years. He has won several industry awards, including the Real Estate Institute of South Australia’s Rookie of the Year and the Real Institute of Australia’s Award for Achievement (the first South Australian to win a national award). He also has retirement living sales experience, having previously worked for Masonic Homes, Stockland and One Fell Swoop.

Prior to working in property, he was involved in the book industry with Harper Collins Publishers in Melbourne, where he won a national award for sales achievement. He was also a partner in a “rare book” company in Adelaide and owned his own internet-based rare book business. Naturally, his interests include reading and he says he has thousands of books at home! He also loves history (particularly Japanese history pre- 1863) and science (astronomy, physics, technology and computers).