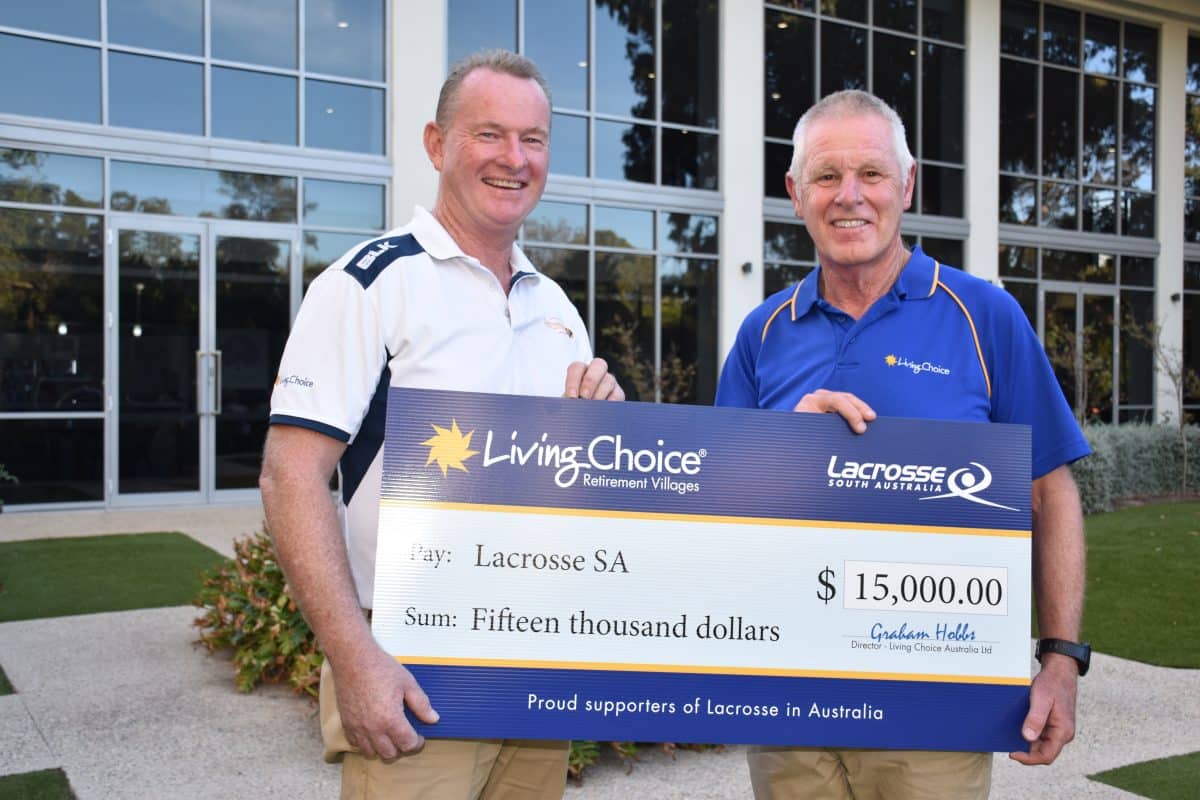 Through its director, Graham Hobbs, Living Choice has been a long-time supporter and sponsor of Lacrosse SA and has also sponsored Lacrosse Australia. The sponsorship arrangement is set to continue, following the announcement last week that Living Choice will be the major sponsor of Lacrosse SA for the 2019 season and will be the title sponsor for all men’s and women’s competitions this year.

Scott Willsmore and Marty Baker from Lacrosse SA visited Living Choice Fullarton on Friday 12th April to receive a cheque for $15,000 from Graham. Marty, who is the Promotional Director for Lacrosse SA, also took the opportunity to record a video for Lacrosse SA TV, which is growing its audience rapidly.

In thanking Graham, Scott said the sponsorship would directly support new development programs that would see a major focus on supporting clubs to grow their junior numbers and generate stronger links with schools. 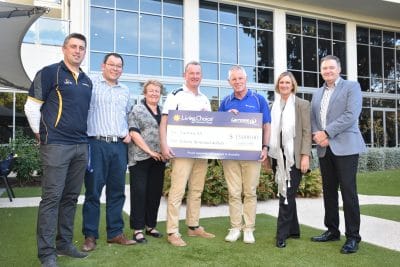