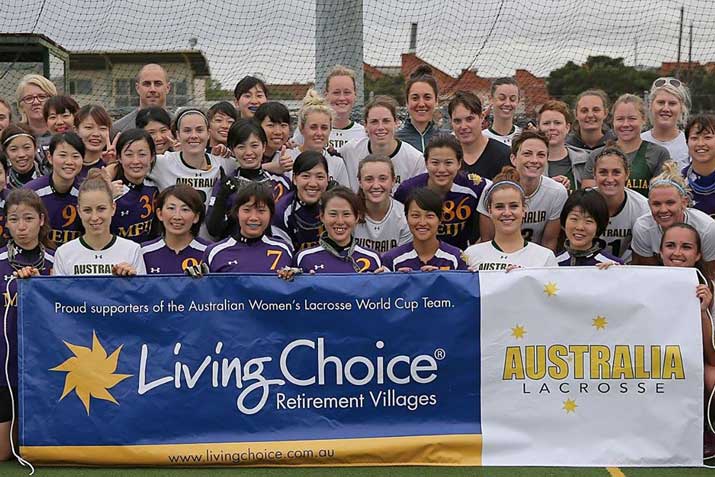 Graham is a long-time supporter of Lacrosse, having donated $50,000 in his personal capacity to Lacrosse South Australia last year. Now he has pledged a further $30,000 to assist the Australian Women’s Squad in its campaign leading up to the World Cup in England in July 2017.

Head coach Sue Sofarnos said Graham’s support of the squad took financial pressure off the squad members and enabled them to embark on important areas of player development and education.

“Graham’s financial support of this program not only reduces camp and international travel costs for the players – it allows us to acquire the professional services of dietitians, sports psychologists and other experts. These professionals assist the players to feel, act and behave as elite athletes, so they can realise their personal and the squad’s goal of a Gold Medal in England in 2017.

“Graham’s long-term support of Women’s Lacrosse at the international, state and club level within Australia, is very much appreciated and never taken for granted. We look forward to an exciting and mutually beneficial relationship with Living Choice, as we work hard to be the best we can be to stake our claim to once again be World Champions in 2017,” Sue said.

The squad recently took part in a camp and international friendly held in Melbourne against Meiji University, Japan. Further camps and international games will be held over the next year, including a one-week tour to the United States.

Photo: Members of the Australian Women’s Lacrosse Squad pictured with players from Meiji University in Japan at the March camp held in Melbourne.