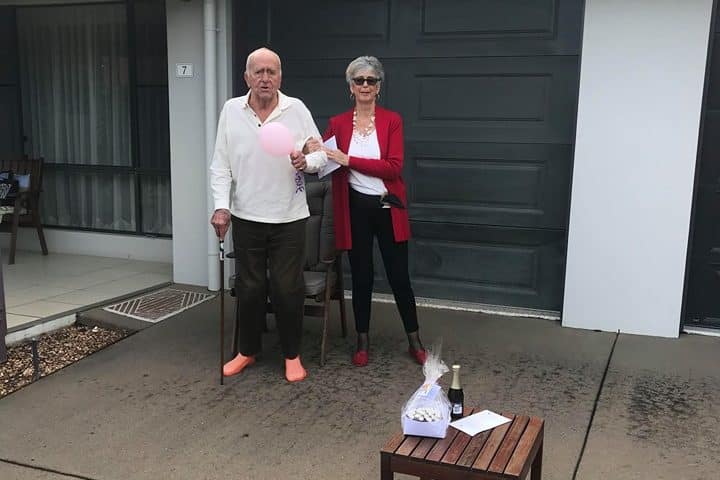 Residents and staff at Living Choice Kawana Island celebrated the birthday of a special resident at their village on 14th May. Eric Brusewitz, also known as “Eric the Stamp Man”, turned 83 and his friends in the village did not let the current pandemic stand in the way of letting Eric know how they feel about him!

Village manager, Rusco Dunstan and other staff members climbed aboard the village golf buggy with cake and champagne to celebrate (from a safe distance) Eric’s birthday, only to find many residents already gathered in the street.

Eric, who has been unwell recently, and his partner Dawn watched from the safety of their driveway as the group sang “Happy Birthday” and wished him well.

Eric and Dawn have been very active in their 13 years at Living Choice Kawana Island. They have organised three Ascot Race Days, morning teas for the single ladies in the village (so successful they grew to lunches) and bushfire and flood appeals. They were instrumental in assisting with a huge effort to ship boxes of clothing to the victims of the Indonesia Tsunami in 2004. While with the Lions Club, Eric and his friend Darby Vitler also raised money for the Cancer Council over many years.

But it is Eric’s work collecting stamps for the Anglican Board of Mission that he is most well-known for. Many tens of thousands of dollars have been raised by the board to improve the quality of lives around the world.

Happy birthday Eric, from the staff and residents at Kawana Island and Twin Waters. 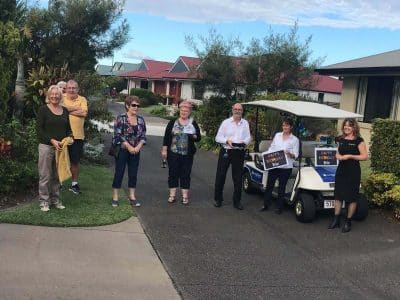 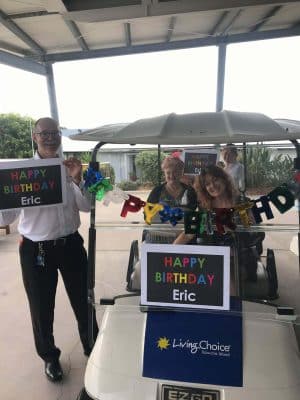 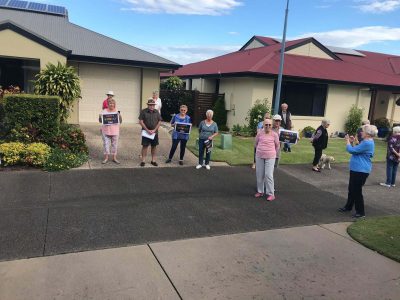 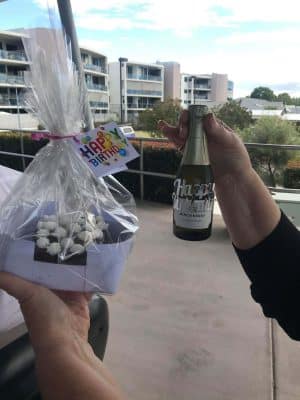 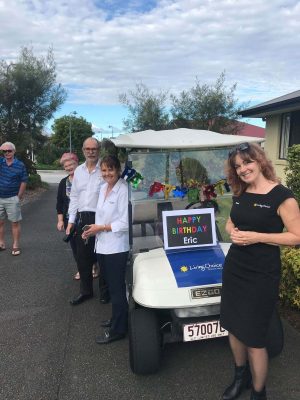 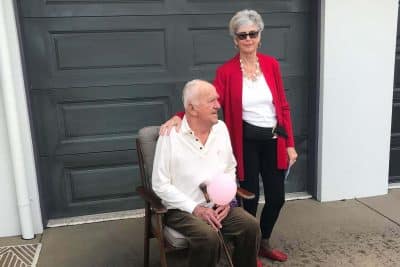