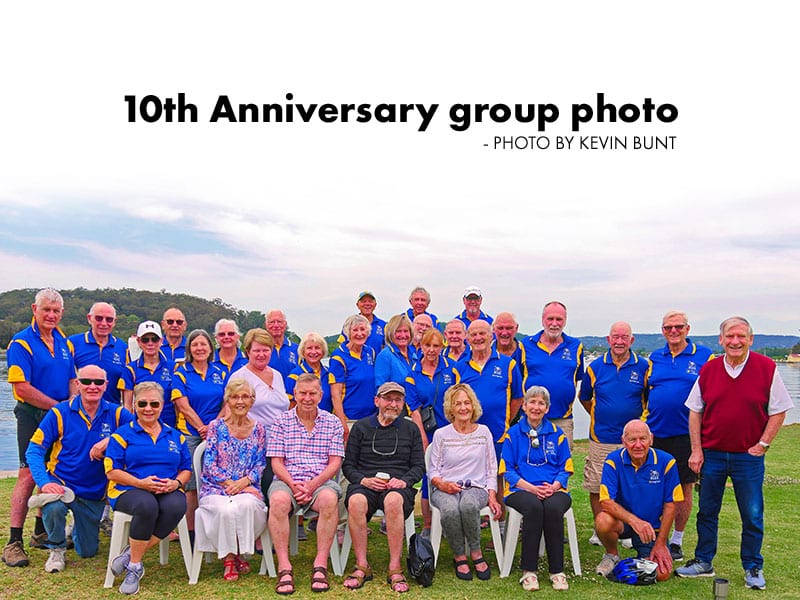 When founding members Roger (Member No. 1), Beth Miller (2) and Jim Poulter (3) started the Fun In The Saddle (FITS) cycling group at Living Choice Broadwater Court in October 2011, little did they know that it would still be going strong 10 years later.

Back in 2011, the path to Davistown was an unsealed track and was often very muddy. “There were many times when a rider and bike ended up in the mud,” said FITS spokesman, John Hughes. “Roger was the key driver and encouraged others to join the group. He and Beth were also the ones who decided on the routes. It was very much an impromptu organisation but it was – and still is – very sociable and lot of fun!”

The Gosford City Council completed the walkway from the front of the Waterfront Estate apartments around to Davistown in December 2011 and then the group grew in size, also accommodating some walkers. Roger approached Living Choice to sponsor their eye-catching FITS shirts, not only advertising Living Choice on their weekly rides but when “on tour” to such places as Canberra in 2014 and New Zealand, which they toured in both 2013 and 2015.

Kevin’s photos, as well as some others taken over the years, are shown above and below. 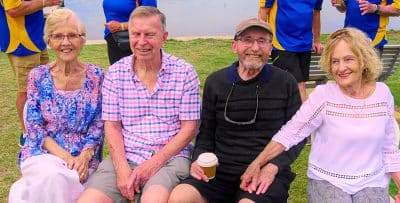 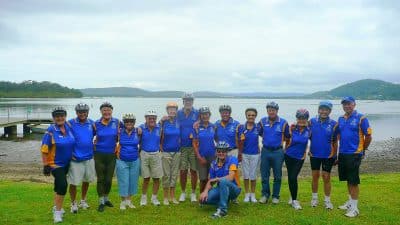 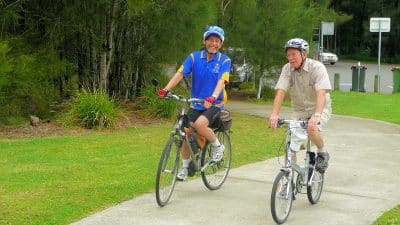 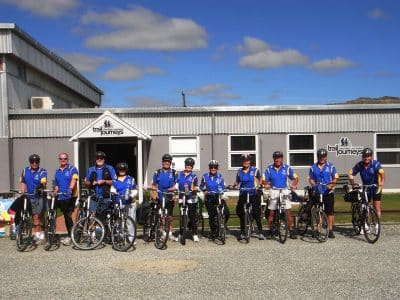 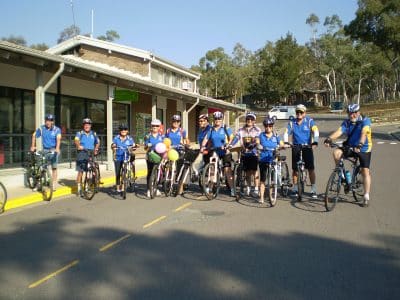 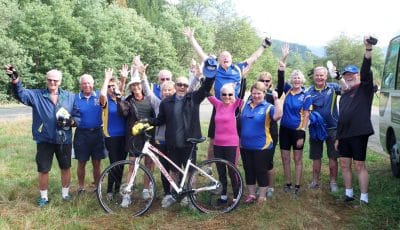 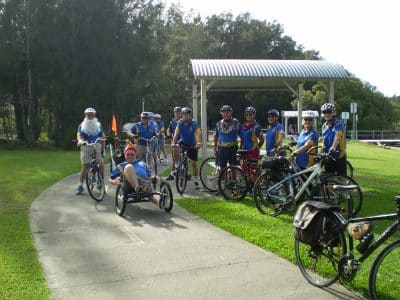 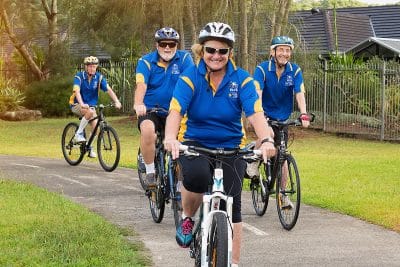 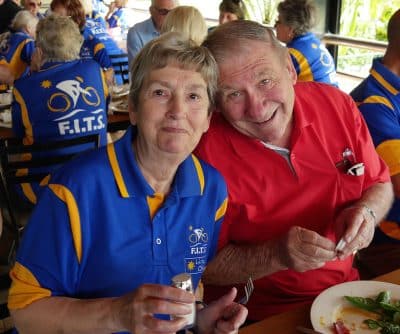 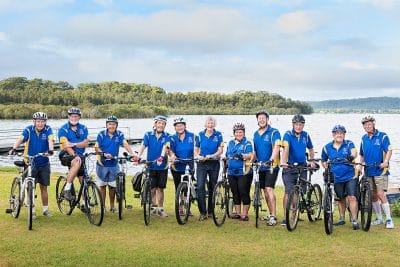 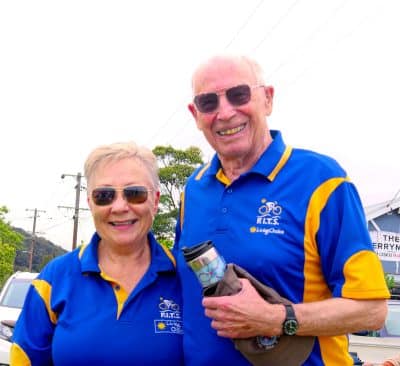 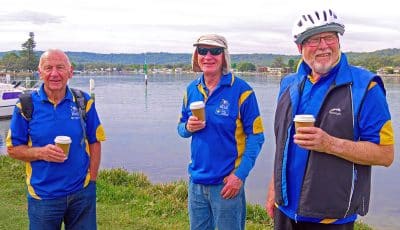 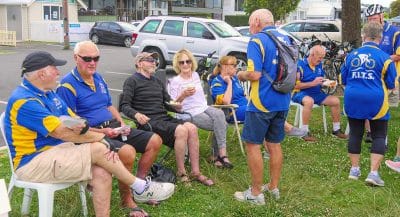