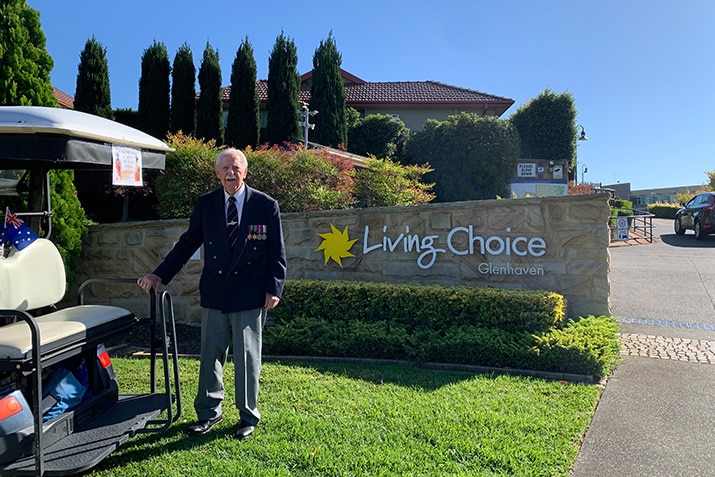 Commemorating ANZAC Day at Living Choice Glenhaven was a little different this year but, according to long-time resident, Frank O’Dwyer (93), this year’s event was “the best” and he hopes the format will be repeated next year.

Frank, who was only 15 when he first went to sea, marches in the ANZAC Day parade every year but with social distancing measures in place at the village, this year he travelled in the sales buggy, up and down every road in the village, greeting the many residents who stood in their driveways to commemorate the special day.

Regional Manager, Gail Eyres, said there was a lovely atmosphere in the village on ANZAC morning.

“On Wednesday we popped a clip lock bag into each resident’s letter box, with a memo outlining what would take place on the day. Inside we had ANZAC biscuits, an ANZAC picture with the Ode of Remembrance and a sprig of Rosemary. We collected Frank from his home and stopped at the driveway of Villa 13 where David Sismey played The Last Post.”

David also played Abide by Me, The Rouse and the National Anthem and then Gail, staff member Jane Fisher and Frank proceeded on a tour of the village with old-time songs playing. “Every street had residents in their driveways enjoying ANZAC biscuits and a cup of tea.”

Gail said there were some amazing stories, including resident Sue Surace holding a framed letter handwritten by King George the 5th and Queen Mary to her grandfather Fredrick Lloyd, who was taken prisoner in the First World War and held in Germany for two years. 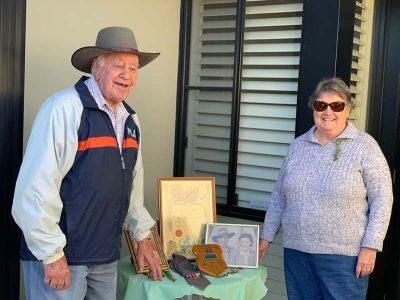 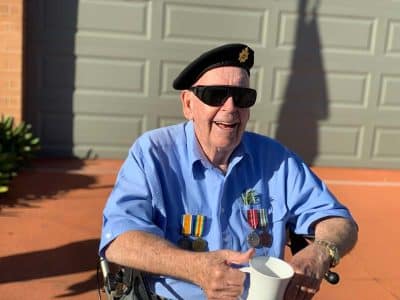 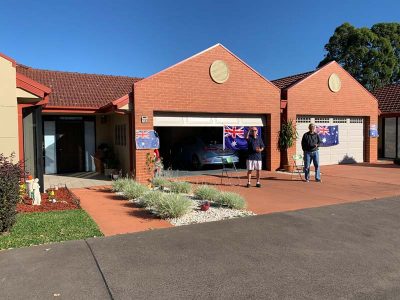 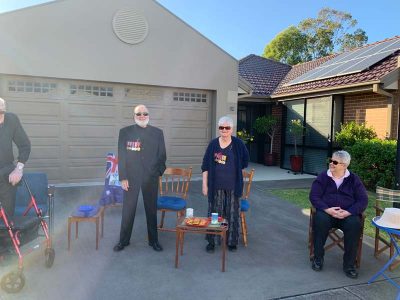 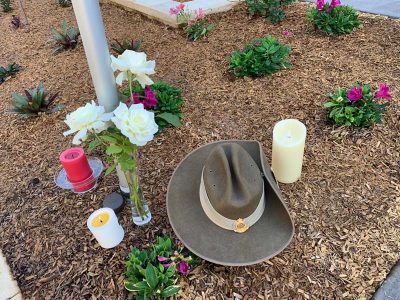 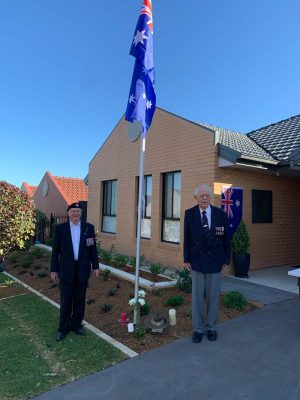 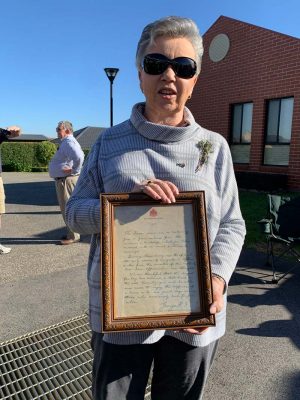 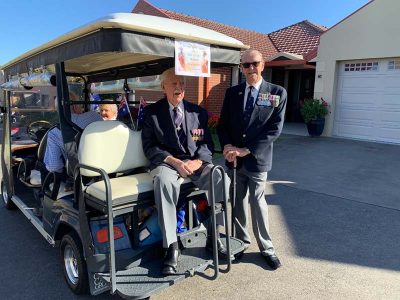 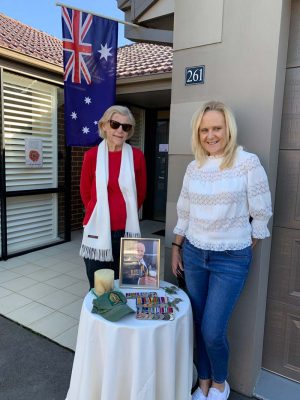 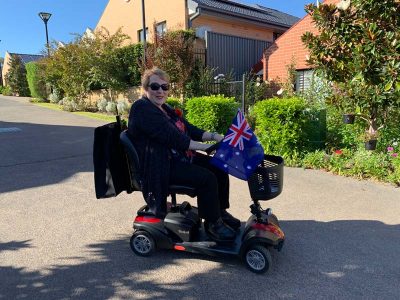 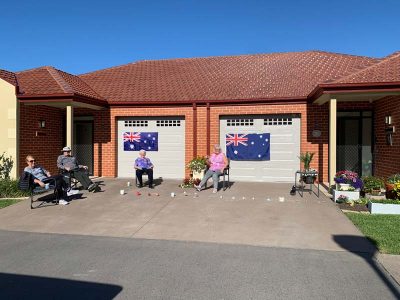 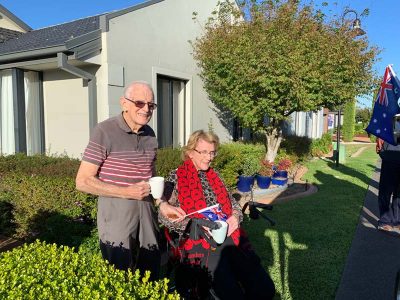 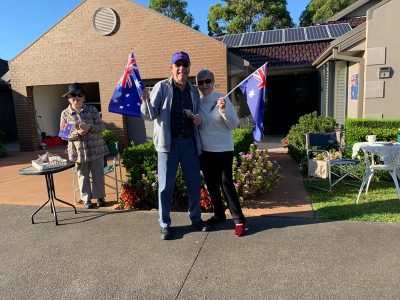 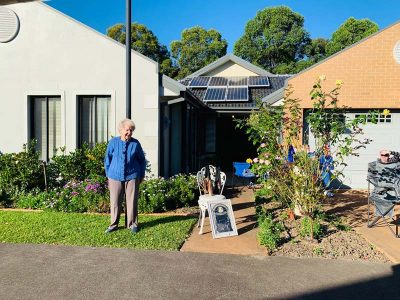 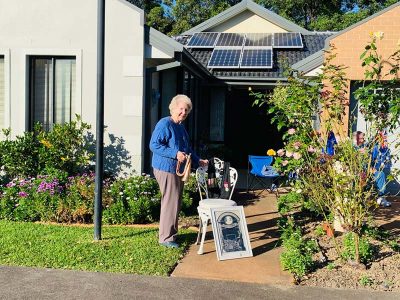 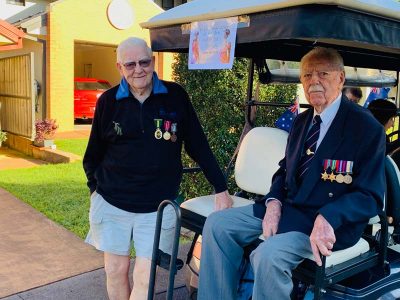 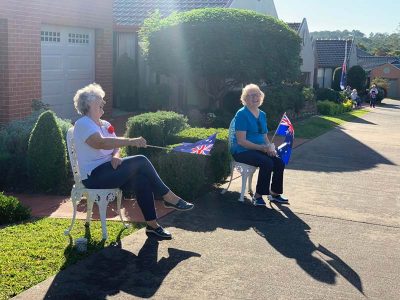