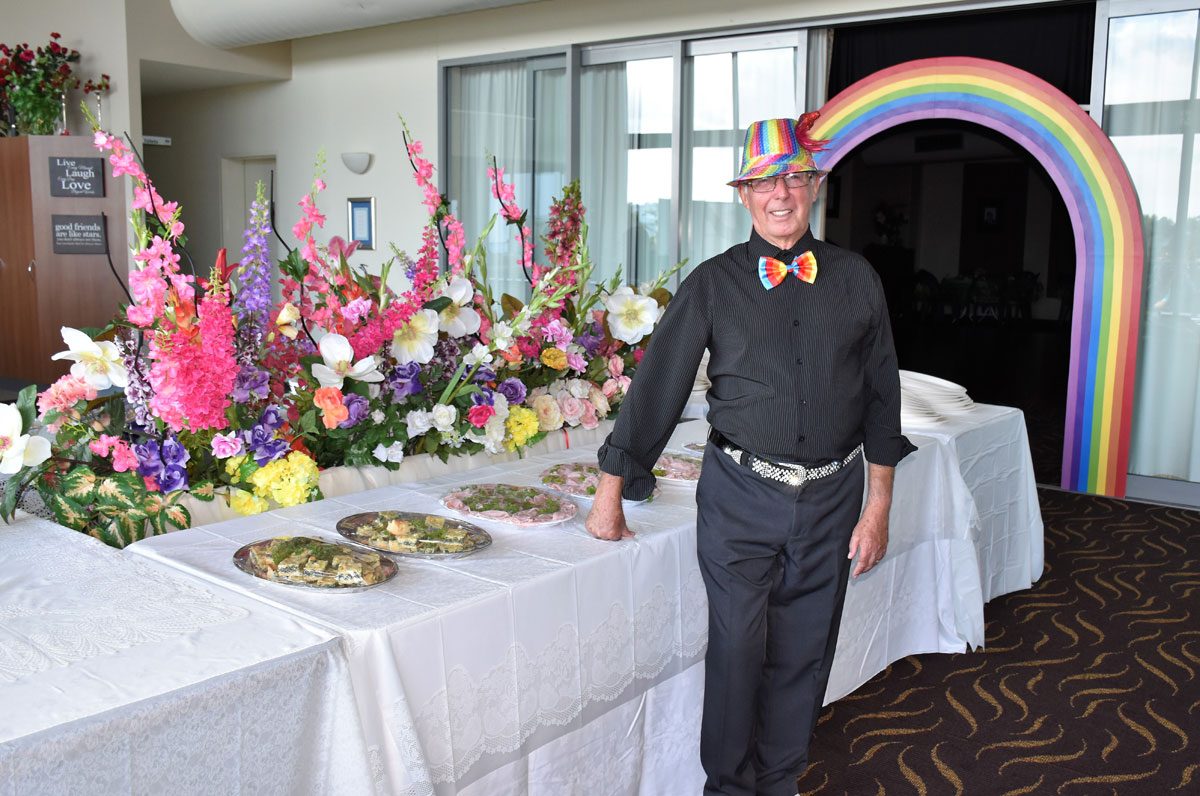 The Wizard of Oz comes to Twin Waters

Over the Rainbow was written for the iconic movie The Wizard of Oz and it became Judy Garland’s signature song. For the residents at Living Choice Twin Waters, it was brought to life in the most charming way by resident Robert Airs, who once again weaved his magic to create another one of his amazing themed events.

From the welcome by the Fairy Godmother, Joyce Holehouse, to the walk down the yellow brick road to be served sparkling wine, the scene was set for a magical evening. Flowers in all the colours of the rainbow adorned the leisure centre and a beautiful rainbow arch, made by the late Steve Preston and painted by Lorraine O’Neal, adorned the entrance to the auditorium. In a touching tribute to Steve, there was even a ‘pot of gold’ at the end of the rainbow.

After drinks on the leisure centre terrace overlooking the water, guests were invited to take their seats at fabulously decorated tables, where they enjoyed a magnificent 3-course dinner, a tribute to Judy Garland narrated by Robert Bretton and entertainment by singer David Stygall. His toe-tapping music soon had everyone on the dance floor, capping off a highly enjoyable evening.

Take a bow, Robert and his many helpers – our residents are so lucky to have you!