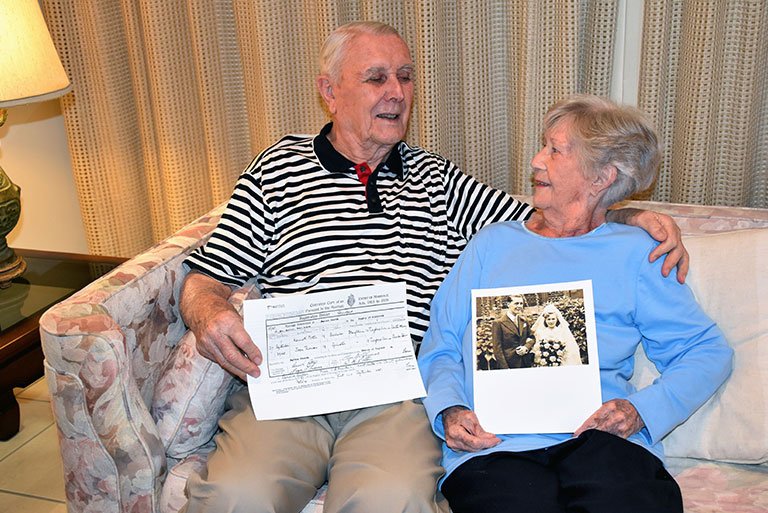 The first day of Spring holds a special place in the hearts of Ken and Joan Potter of Living Choice Twin Waters. However, this year, the 1st September will herald a remarkable milestone – their 75th Wedding Anniversary!

Ken and Joan married on 1st September 1945 at the Parish Church of St Martin in West Acton, only a few days after the Pacific War ended. They had met nine months earlier, at Joan’s company Christmas staff party.

Joan worked for S G Browns, which made armature coils for tank drivers’ headphones, and Ken was invited to the party by a friend. “I already had a boyfriend,” said Joan, “but Ken was persistent and we were engaged in February 1945. In those days, because of the war, you didn’t waste any time!”

Soon after they married, Ken and Joan moved to Australia, where Ken’s drafting abilities were quickly recognised. He quickly climbed up the work ladder and they lived in Sydney, Melbourne, New Zealand and Malaysia. Ken also held senior positions in both Rotary and Probus and was a keen lawn bowler, becoming a national bowling umpire. He only recently gave up bowls at the village but still often goes to watch.

Ken and Joan have now celebrated three major wedding anniversaries at Living Choice Twin Waters, including their 60th Wedding Anniversary in 2005 and their 70th anniversary ten years later. Both of those celebrations were held in the leisure centre, however this year they will mark the occasion with a lunch at Harry’s in Buderim, with two of their sons, who live in Queensland. They will also hold a Zoom session with their other sons who live in Melbourne and Sydney, and extended family members.

Both aged 94, Ken and Joan still live in an independent living villa and receive Living Choice Home Care services to assist them. Heartiest congratulations to Ken and Joan on their amazing marriage milestone! 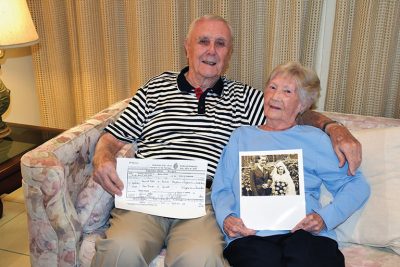 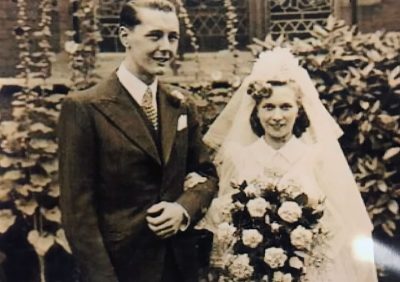